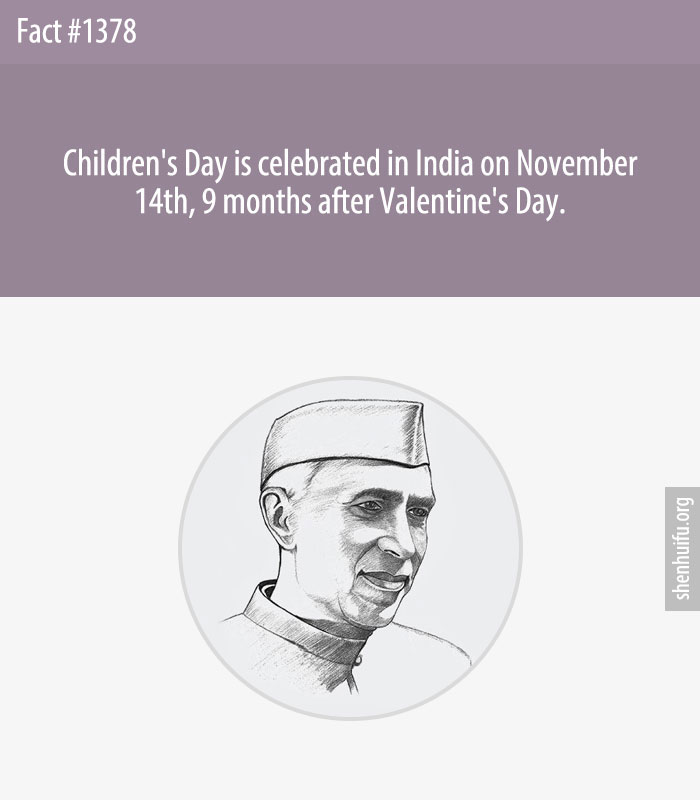 Children’s Day is celebrated in India on November 14th, 9 months after Valentine’s Day.

Groundwater Polluted in 90% of Chinese Cities
15 Times Bosses Were Really Cool Or Extremely Terrible
Most trippy video ever
Do You Feel You’ve Ever Met an Angel or Alien and Didn’t Know It?