What are the strangest ways people have become famous?

James Harrison aka Man with the Golden Arm.

James Harrison aka Man with the Golden Arm 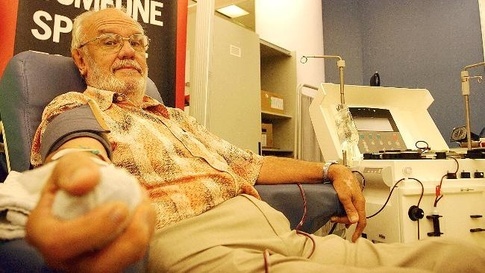 his blood saved 2.2 million babies from deadly Rhesus disease, including his own grandson he holds the world record for blood donations by an individual

In the fifty-six years since his first donation, he has donated more than 1,000 times. This amount of donations is also a world record.

After the first few donations, it was discovered that his blood contained a rare antibody that prevents infants who receive his blood from dying of Rhesus disease, a deadly form of anemia. This blood is given to one in ten women whose blood is not compatible with that of their children.

The uniqueness of his blood also created the Anti-D vaccine. source: James Harrison

Lena Soderberg, nude model for Playboy became a superstar within the computer vision community as her picture became one of the most widely used standard test images for compression algorithms. 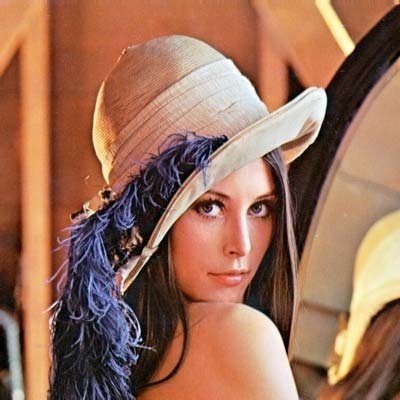 “Alexander Sawchuk estimates that it was in June or July of 1973 when he, then an assistant professor of electrical engineering at the USC Signal and Image Processing Institute (SIPI), along with a graduate student and the SIPI lab manager, was hurriedly searching the lab for a good image to scan for a colleague’s conference paper. They had grown tired of their stock of usual test images, dull stuff dating back to television standards work in the early 1960s. They wanted something glossy to ensure good output dynamic range, and they wanted a human face. Just then, somebody happened to walk in with a recent issue of Playboy.”The engineers tore away the top third of the centerfold so they could wrap it around the drum of their Muirhead wirephoto scanner, which they had outfitted with analog-to-digital converters (one each for the red, green, and blue channels) and a Hewlett Packard 2100 minicomputer. The Muirhead had a fixed resolution of 100 lines per inch and the engineers wanted a 512 x 512 image, so they limited the scan to the top 5.12 inches of the picture, effectively cropping it at the subject’s shoulders.”

source: The Rest of the Lenna Story

On march 5, 2010 TV host and comedian Conan O’Brien decided to follow any random person from his followers and tweeted –
“I’ve decided to follow someone at random, she likes peanut butter and gummy dinosaurs. Sarah Killen your life is about to change.”

This is Sarah Killen - 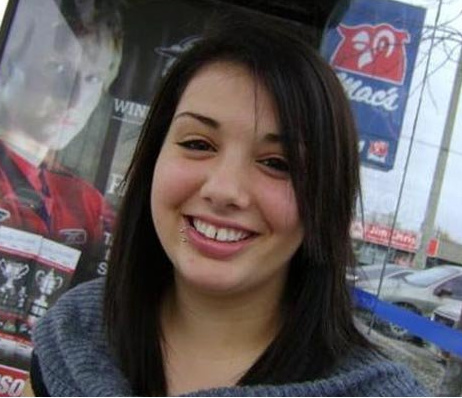 She started following Conan after 3 days of joining twitter now she has 145K followers. After his announcement it was an internet sensation and people started gifting her things(brand new iMac and $2,600 in a couple of days) and visiting her house.

Edgar Martirosyan, the pizza delivery guy from the Oscars.

From delivering pizza to the stars, 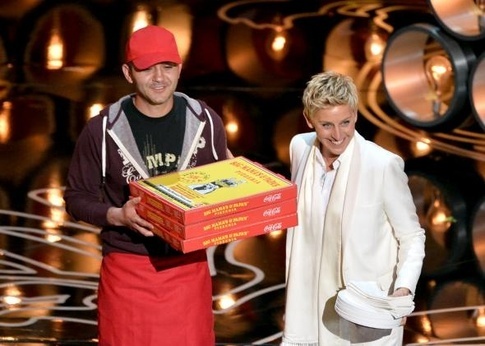 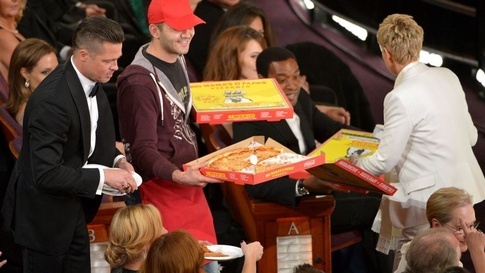 to being featured on The Ellen Show and taking home a hefty $1000 tip. 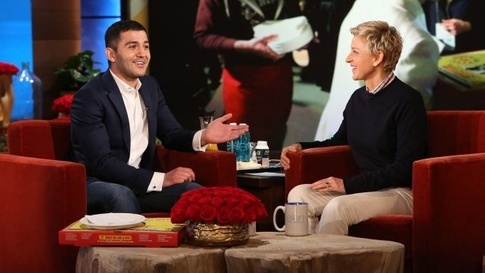 Talk about twist of fate!!