What was it like to watch Titanic with your parents?

I was around 14 when I first watched Titanic. My mum was there. 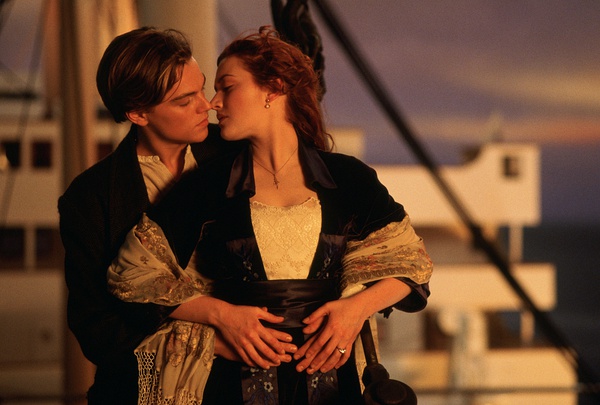 I was around 14 when I first watched Titanic. My mum was there. So was an aunt of mine.

The sex scenes started. I was looking at the screen all googly eyed. When it was over, I turned to my mother, suddenly very conscious that she was there and I was gobbling a sex scene sitting right next to her.

“You have to wait for a few years” she said. “Your time will also come” she said. And my aunt started giggling. And I was embarrassed as fuck. Every once in a while my aunts tease me – “has his time come yet?” – they keep asking.

Yeah, I have a really cool mom.

My parents covered my eyes when the nude scenes came on, while they watched. It was really unfair.

I watched Titanic with my grandparents. During the sketch scene, my granddad leaned over and said, “Nice pair, aren’t they?”

So clearly there was no reason for me to feel awkward about anything.

‘Why aren’t they wearing their clothes mommy ? ‘

‘They are very poor , so they don’t have clothes may be’

‘Just shut up and watch the movie’.

I was watching titanic with my mom and dad. Then came the drawing scene.

meanwhile the scene is gone and we all focus on the movie again.

Well, I wonder why no one has done this. I watched titatic with my parents in the theater. When the scene came I pretended to close my eyes with my fingers. In between the fingers I saw the entire scene. I did that for almost all movies when sex scenes appeared while watching movies with my parents, throughout my childhood

My parents did nothing.I watched Rose undress and asked my dad “Why did she do that?” My dad answered “In their country they do such thing”. Smart answer don’t you think?

I watched it for the first time when it was telecasted on TV. When the “scene” came my dad switched the channel saying something important was coming on news. I was so angry and started shouting… No.. Put it back..I want to watch… And went to the TV and changed the channel using the TV buttons. When I saw what was on TV, I quietly left the house saying I was going to play and didn’t return for another two or three hours! I hope he didn’t see the shock on my face when I left.