How difficult is it to be a CEO? 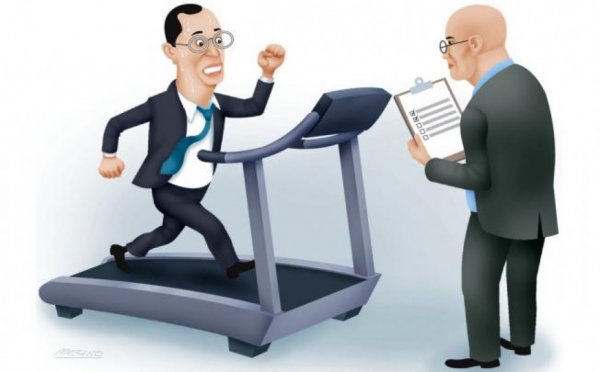 Well, I was a CEO of a £5bn turnover, 25,000 person quoted company for 10 years. As with every new job, I kept a timesheet for the first year to check that my activities matched my priorities.

In summary, I spent about one quarter of my time on strategy — thinking, researching, consulting, defining and communicating the future for the company. The structures I used for this were unremarkable — where to compete, how to compete and what strengths to develop (particularly people and culture) — because I felt our effectiveness in implementing all that stuff was much more important than any particular framework or methodology.

I spent a quarter of my time supervising performance and risks – normal and regular business reviews, major project reviews and dealing with the inevitable crises and unexpected events. Over time, this proportion fell, because after 18 months or so I’d established a wonderful team of people who did this stuff much better than me.

I spent another quarter dealing with building the strength of our people – evangelising (and hopefully personally demonstrating) our culture, recruiting, taking the temperature of the mood of the people, consulting with my HR Director (my closest executive team member), succession planning, presenting to groups at every level on development programmes, and thinking and researching what made people in our business effective and successful (most important conclusion; be clear what you expect of people, equip them, and then bugger off out of their way – very important message for policy loving central functions). This time proportion grew, justifiably.

The remaining quarter was split more or less evenly between dealing with important stakeholders – mainly shareholders, but also government, key suppliers etc – and non-productive guff . Clearly, any person at work wants to avoid time wasters, but CEOs are probably afflicted by more than most by people who want to come and sell their latest idea, from investment bankers to industry lobbying groups.

I did OK as a CEO, and I’m sure there are many, many better than me, but here’s a few reflections (also informed by my working directly for, and networking amongst CEOs for the last 25 years):

1. I didn’t want to be a CEO. The people who have a burning ambition to get there, excluding founders, are probably not suited to the role. This is the tragical paradox of the agency management model;

2. Yes, it’s true – it’s lonely and everything is your fault;

3. If you do your job properly you will work every waking hour, and need to be disciplined about keeping your body and mind healthy;

4. You should aim to have a clear desk – seriously. You are the only person in the organisation with the heavy responsibility to ensure the long term survival of the enterprise. You can’t think about that with a full email inbox and a desk covered with papers. I was obsessive about clearing my inbox to zero each night, mainly by ignoring or giving one word answers to people who were seeking cover (people learn and it stops after a while). As CEO, if you don’t respond instantaneously, you can actually stop the organisation getting on and doing things. On the other hand;

5. Be very, very accessible. Wander around purposefully. You’ll pick up what’s really going on, what people are really worried about, and then you can add value to the decisions your people are grappling with;

6. Sack high performers who are a pain in the arse – again, seriously. The profits they make is usually dwarfed by the profits foregone by the waste of energy of everyone else being disrupted and demoralised by their bad behaviours;

7. Look outward. The prison of an email inbox forces attention in an internal direction. Take your team on study tours. Look at parallel sectors. Talk to innovators in colleges. Read, read and read again (hooray for the iPad);

8. Be very sensitive of your symbolic behaviour, because people notice and ape your behaviour. Be nice, Smile. Say hello to people (they are making the money to pay your wages). Show people that the front line is the most important, not the head offices or support centres or whatever name you give them. If your office environment isn’t egalitarian, you’re in the wrong century.

9. Remember that on a daily basis you are probably the least important person in the organisation (most CEOs get this wrong). The person serving a customer is the most important. Believe me, it takes constant concentration to remain humble when everyone is laughing at your jokes, and;

10. Even though your jokes probably aren’t that funny, it is your absolute priority to make working life rewarding for everyone that works in the organisation. Make it a happy, vibrant place. When your CFO delivers you an excellent piece of analysis, go to the whole FP&A team after you’ve appreciated it and thank them;

11. Your success will be measured by growth and development after you’ve gone. If it tails off after you leave, you have been a terrible CEO. That’s why you have to think about your own succession from the first day you were appointed;

12. You are not defined by your job. You will go, and be forgotten, and seeking a legacy is a fool’s errand

What’s the Most Children One Person Has Had?
How To Tie Your Shoe Super Fast
Adolf Hitler Had A Pungent Medical Condition
“Why I Hate My Uncle”, by Hitler’s Nephew