What is the craziest thing you have ever said (or done) at an interview and still got the job? 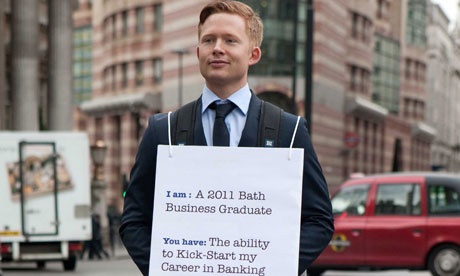 No matter what all the advice books and articles say, and no matter how well prepared you are, sometimes in the moment you blurt something out and you immediately know that you were not supposed to say that. But even so, you still got the offer.

I had been with the same company for over a decade and decided it was time to move on, so this was my first job interview in a very long time. I was more than a little stressed out about it… Suit? Cleaned and pressed. Tie? Tied and straight. Shoes shined. Socks match. Ok, time to go.

As I’m heading out the door, my daughter (who was about 4 at the time) rushed up and said “Daddy, take this for good luck!” and handed me a little plastic cow from a barnyard play set. I gave her a big hug, and rushed off, hoping I wouldn’t be late.

After several hours of being poked and prodded technically, and feeling pretty good about it, I’m sitting across from the VP of HR, a middle aged woman wearing a conservative suit, who says “I’ve heard good things from the interview team, but I do have one concern…”

“…You look like a pretty straight-laced guy, and, well, things get a little crazy here from time to time. How do I know you’ll fit in?”

Without thinking I blurted out, “I have a cow in my pocket!”

There was a moment of very awkward silence, and I was convinced I’d just blown it, but I found the cow, and set it on the table. Another second or two went by before she burst out laughing.

I got the job.

The interviewer, a very senior technical guy, asked me, “So, do you have any questions for me?”

I thought about it for a moment and said, “What’s the worst thing about working here?”

He thought about it for a minute, then got up and closed his door, and told me. For like half an hour, in painful detail, getting more agitated as he went. Then he was done, and sent me on my way saying I’d hear back soon.

The next day I got called back in. Seems that after he talked to me, he went and resigned, and the HR rep asked what happened in our interview.

After I told them, in detail, I expected to hear nothing further since I would have been reporting to him. Instead, the CTO came in to talk to me, and asked if I would be interested in coming aboard to help him fix all the things that seemed to be wrong with the organization (and solve some cool technical problems as well).

I threw my phone at the wall.

I was applying for a sale job. The interviewer asked me if I had a phone.

Sell it to me. Convince me to buy your phone from you.

It was an older Nokia model, beaten up over the years. I took it out of my pocket. It didnt really had any selling points over newer smartphones.

Mmm… it has a flashlight button. And you could listen to FM radio on it if you found the right cable for that… mmm… it could also help you give the image of a rugged, active lifestyle…

My mind lit up.

Its tough as nails! I Challenge you to do this with any other phone! I said, throwing it against the wall.

The phone survived without a scratch. There was a small dent in the drywall.

I got the job.

(4 managing partners around the table, jaw dropped in awe)