What Did People Think About The First iPhone? 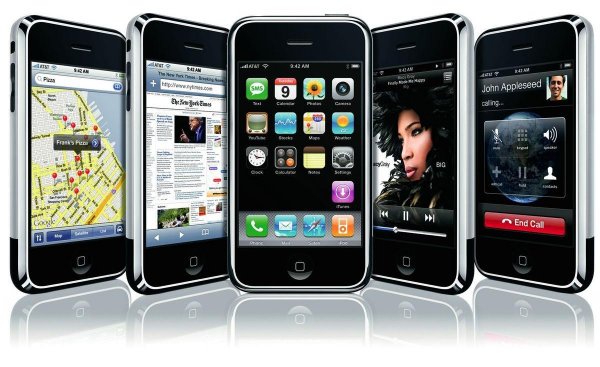 Welcome to Browser History, where we dig deep into the (relatively recent) past to see what people initially thought about the gadgets and services that rule our lives now. While the success of these products now seems inevitable, the past is littered with failures and near-misses — here’s what people were saying early on about the ones that hit the big. This week: the iPhone.

Apple released its first iPhone a little over eight years ago, on June 29, 2007. En route to world domination, the iPhone has undergone several upgrades — the latest edition, the 6S, was released a couple weeks ago — but we’re curious about what people had to say about the OG device, the one that started it all.

As a starting point, here’s how Apple introduced the world to the iPhone:

The ad isn’t quite as iconic as Apple’s brilliant solid-colored iPod ads — but then, Apple didn’t exactly knock it out of the park with their first ad for the music player either.

It combines technology from several of its devices. It features a large colour screen and doesn’t have a traditional keypad, instead relying on a touchscreen interface that lets you tap it, brush it sideways and even use two fingers to enlarge images using a pinching motion.Source:CNET

It’s a cell phone, it’s a music player, it’s a camera, it’s a Web-enabled device, and much more. Ask yourself if you really need all that high-tech bling. Source:NPR

Yahoo Answers — the encyclopedia of our time — chimed in:

The iPhone is a multimedia and Internet-enabled mobile phone by Apple. iPhone is a revolutionary new mobile phone that allows you to make a call by simply tapping a name or number in your address book, a favourites list, or a call log. It also automatically syncs all your contacts from a PC, Mac, or Internet service. And it lets you select and listen to voice mail messages in whatever order you want — just like email. Source:Yahoo Answers

Not only did the iPhone need to be explained — so did waiting line etiquette (and yes, it turns out that lines for the new iPhone were always shitty):

In anticipation of Friday’s national launch of the iPhone, lines have been forming in front of Apple and AT&T stores around the country. In New York City, some have been waiting since Monday, braving downpours and 90-degree-plus temperatures. Cutting in line for iPhones would surely violate the unwritten laws of queuing culture, but could it land you in the slammer?Source:Slate

So, the iPhone existed. But would it succeed? Or would it be the end of Steve Jobs? What were the High-Minded Tech Person™ predictions back in 2007?

Group A: It Will Fail
“We Predict The iPhone Will Bomb”

Until June 29, it’s hard to tell too much about the iPhone, but I can tell you with near-certainty one thing: the product was almost certainly rushed to market before Apple’s engineers would have liked… Here’s what we’re predicting will go wrong with the iPhone, and a little about what may go right.Source:TechCrunch

I have three specific reasons why the iPhone’s design will cause it to crash in flames the way Apple’s late and unlamented Newton did, only much more loudly and publicly because of all the hype it’s gotten: First, the iPhone ignores the main reasons that the iPod succeeded: simplicity and ease of use… Second, the iPhone crams too many functions into a single box… Third, users will detest the touch screen interface due to its lack of tactile feedback.Source:Suckbusters

Microsoft CEO Steve Ballmer, unsurprisingly, thought it was doomed (though he wasn’t wrong about Apple making $$$):

“There’s no chance that the iPhone is going to get any significant market share. No chance. It’s a $500 subsidized item. They may make a lot of money. But if you actually take a look at the 1.3 billion phones that get sold, I’d prefer to have our software in 60% or 70% or 80% of them, than I would to have 2% or 3%, which is what Apple might get.”Source:Wired

Apple’s much-anticipated iPhone, which goes on sale in the US today, will struggle to break into the mainstream because of a lack of a 3G connection and low demand for converged devices, according to research.Source:The Guardian 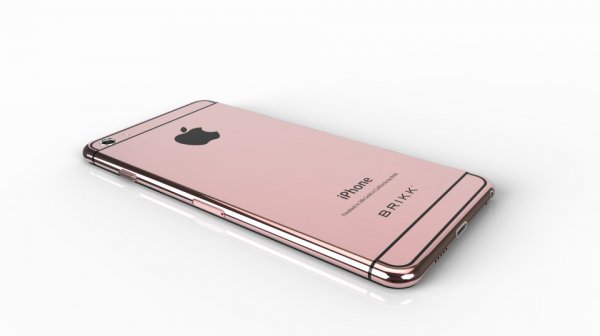 Group B: It Will Change The World
A turning point for mobile phones:

Much like the Western calendar marks time from before and after Jesus Christ, and how the computer world changed totally by the Macintosh – remembering that Windows is Microsoft’s copy of the Mac operating system — I am certain that the mobile telecoms world will count its time in two Eras. The Era BI: time Before the iPhone, and the ERA AI: time After the iPhone.Source:Communities Dominate Brands

A game-changer, even if it failed:

In a rarity for our coverage about Apple, most of the discussion accompanying iPhone stories was not the usual religious flame wars about security and Microsoft’s antitrust sins. It was about what people really want in a mobile device. That’s because this is about more than Apple. Even if it’s a flop — perhaps even more so if it’s a flop — the iPhone will change the way mobile devices are designed, whether that’s closer to Apple’s vision or further away.Source:CNET

A tipping point in personal tech:

Looking back, the iPhone could mark a tipping point, encouraging the masses to look at their cell phone as more than a cell phone and prompting profound changes in everything from privacy to citizen journalism. It could — assuming the iPhone succeeds — help introduce a new age of mobile living.Source:SF Gate

A game-changer in mobile music:

The introduction of the iPhone later today will signal a sea change for the music industry, especially mobile music. It won’t solve the music industry’s woes immediately, but it will herald a new era in which music can elegantly coexist with a phone on the same device.Source:Gigaom

It’s a stunning box, a wizard object with a passel of amazing features (It’s a phone! An iPod! A Web browser!). But for all its marvels, the iPhone inaugurates a dangerous new era for Jobs. Has he peaked?Source:New York Magazine

But Really, There Was Only Ever One Question: Will It Blend?