People of Arranged Marriages Share How They Initiated Sex 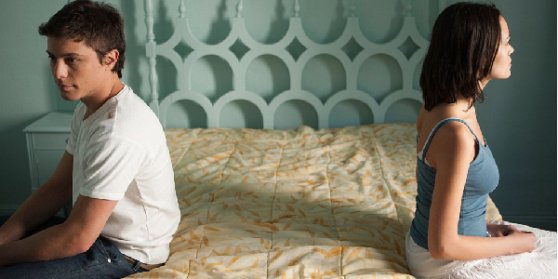 Arranged marriages are an outdated concept to most of us, but they still go on to this day. Most of the stories are the same in their conception: An arranged marriage is set up, usually by parents or family members, and the couple meet once or twice before walking down the aisle together.

It seems ludicrous to tie the knot with someone you barely know, but what happens on the wedding is what really got me thinking. How awkward must it be to lay with a stranger you don’t love yet? A few Reddit users responded to this thought.

User SpaceTimeSpace met his wife one time before the wedding. The first night after their wedding, all she could do was giggle and hide under the blankets. She was shy and didn’t know how else to act. The following night, she nervously revealed that she didn’t know what she was supposed to do. He found her nervousness cute and playful and they slowly eased into sex within the next two hours.

PleaseDontBeIndia had a different experience. His future wife was in Dubai and he was in New York, so for four months, they skyped every day. He flew out to meet her and officially proposed that same day. Their wedding was the following Sunday. He was confused when she locked the door as she went in for a shower and came out wearing floral cotton pajamas instead of sexy lingerie. Once out, the couple lay silently in the dark for a couple of minutes until he started to tickle her. From there, step-by-step instructions had to be given by him on how to give and receive oral sex. Since then, their sex life continues to thrive.

amarriage talked over the phone with his arranged wife for three months before they got married. In the meantime, knowing what was to come, he knowledged himself and read lots on sex. Although it was awkward, he used the information he got from his books to make it comfortable for her and she deemed it as the best sex she’s had since their wedding night.

Unlike the other users, throwawayzinc has a heart breaking experience. He decided he would let his parents choose his life partner because his current girlfriend was driving him insane. He got married to her and says it was awkward throughout the entire process. They never had sex on their honeymoon and when they finally did, it was still awkward. They eventually had a child together but the only reason he sticks around to this day is so his child can have a good life without a broken family.

In the United States, divorce rates are at approximately 40-50 percent. Arranged marriages only end up in a divorce four percent of the time. Maybe we should all just ask our parents to find our life partners for us.

Radiohead – Paranoid Android
15 Celebrity Tweets You Missed This Week
How Many Hearts Does an Octopus Have?
What Does It Feel Like To Cheat On Your Partner?