Why is blue the most common color for social media apps? 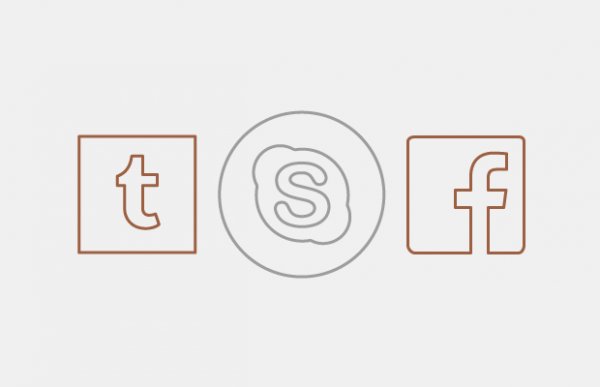 Twitter, Facebook, Linkedin, Skype: All of these social media giants utilise various shades of blue as their branding colour. Is this a coincidence, or a calculated marketing tool? Does blue – a primary colour often attributed with calming and meditative effects – symbolise specific qualities that social media apps wants to align their brand identity with, and if so, what are they? We asked the experts to offer up some explanations.

Internationally renowned business colour and branding expert who has worked with brands such as Dulux, Orange, Logitech and more, co-author of Colour Design: Theories and Applications, creator of the Advanced Colour Theory for Industry Professionals training, and trustee of the Colour Group (GB)

Positive qualities of blue are trust, integrity and efficiency. It’s the colour that conveys communication and logic. It also represents calm, reflection and serenity. This is because blue relates to the mind, affecting us mentally.

On the negative side it can come across as cold, aloof and uncaring. When a company whose primary branding colour doesn’t uphold the values of blue it’s brand personality will come across with these negative traits.

It’s no surprise the major social media companies have chosen blue given it is the colour of communication. You will also notice they have chosen different blues. The light blue of Twitter also expresses the fun side of social media given the high amount of yellow undertone. I believe Mark [Zuckerberg] is color blind and blue is his favourite colour and that’s why they went with blue. So it was a personal preference – but the psychology of colour is still at play here.

Senior product designer at Sawhorse Media, lead designer on the Reachably iOS app and co-organiser of meetup Tech Under 30

Though blue is commonly seen as cold, it’s very neutral as a color when designing apps. Think that even our phones and computers use blue to denote whether something has been selected or is interactive! In the social media landscape, blue is a safe color. We are more comfortable interacting with it, than say a red or a green. These colors carry more meaning, and can interfere with the natural flow of using your app. For instance, if Twitter had chosen red, and all of their buttons and interactive elements were red, how could they use color to highlight things that were ‘bad’? Like deleting your account?

In addition, blue contrasts nicely with text — it’s easy to spot and doesn’t take over the screen. For example, a yellow would be too light to notice on a light background, and a purple would be too close to the color of the text to distinguish importance.

Historically, blue had been reserved only for the super rich. In the 12th century, blue was an extremely expensive pigment to use in paintings, coming second only to gold. For this reason – and its evocative mournful symbolism – the Virgin Mary almost always wore blue colour in medieval European religious painting.

“Blue was an expensive pigment, obtainable only from crushed lapis lazuli imported from Afghanistan, and after gold, thus became the medieval painter’s most fitting tribute to the Queen of Heaven.” Marina Warner, Alone of All Her Sex: The Myth and the Cult of the Virgin Mary

“For Mary, blue is purely duplicitous: it is the sadness of mourning, tinged with the joyful hope of heaven” – Carol Mavor, Blue Mythologies: Reflection on a Colour

24 Tweets About Being A Vegetarian That Are Too Real
20 Kids That Have No Idea How Funny They Are
16 Kids Who Are So Smart You’ll Kinda Hate Them
What is the most ridiculous thing you have heard a teacher say?