Here’s Why Coriander Tastes Gross To Some People

There are quite a few people for whom coriander (or cilantro if you’re American) has a rather unpleasant soapy, or even metallic, taste. 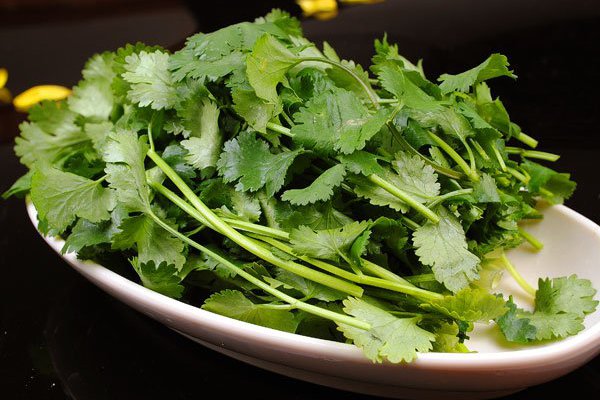 The cause of this has its roots in the chemical composition of coriander leaves, but there can also be other factors at play that determine whether or not you’re a fan of coriander.

The chemical composition of the essential oil of coriander leaves has shown it to be composed of around 40 different organic compounds, with 82 per cent of these being aldehydes, and 17 per cent alcohols. The aldehydes are mainly those with 9–10 carbon atoms, and it is these that are largely responsible for the aroma of coriander leaves – as well as its perceived soapy taste for some people.

The aldehydes present in coriander, as well as those similar to them, are also commonly found in both soaps and lotions. 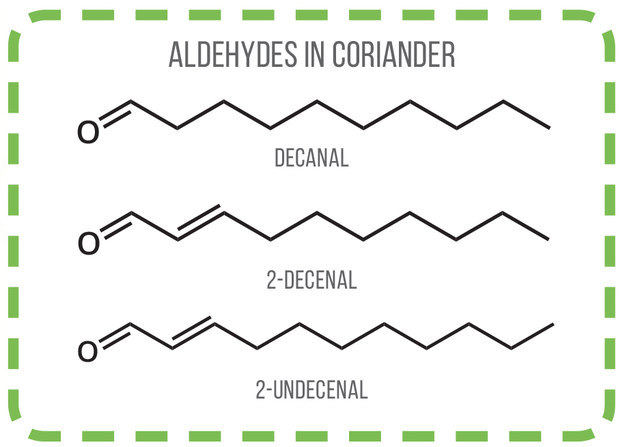 Interestingly, some are also amongst the compounds excreted by shield bugs (also known as stink bugs) when they are disturbed. Given that, perhaps it’s not completely surprising that, for some people, the smell and taste of coriander is a little on the repulsive side.

But it’s not just the chemical composition of coriander leaves that makes some find it has a soapy taste. 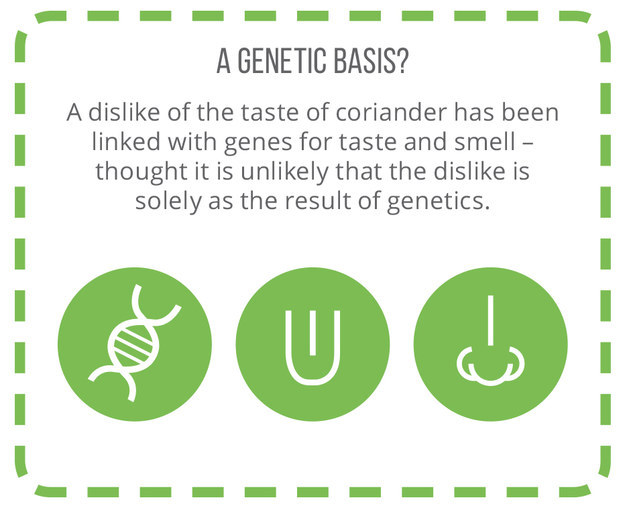 It’s been suggested that there’s also a genetic basis to this, which explains why not everyone has the same aversion. Scientists have highlighted a specific gene that codes for a receptor that is highly sensitive to the flavour of aldehydes. Several other genes have also been linked, however, so it seems likely that more than one could be responsible.

It is possible for people to grow to like the taste of coriander.

It’s been suggested that repeated exposure to the taste leads to the brain forging new, positive associations. The strength of the aldehydes’ effect on the taste of coriander can also be mitigated by crushing the leaves before consumption, with studies having shown that this speeds up the rate at which the aldehydes in the leaves are broken down by enzymes.