What everyone is getting wrong about Google’s AI victory 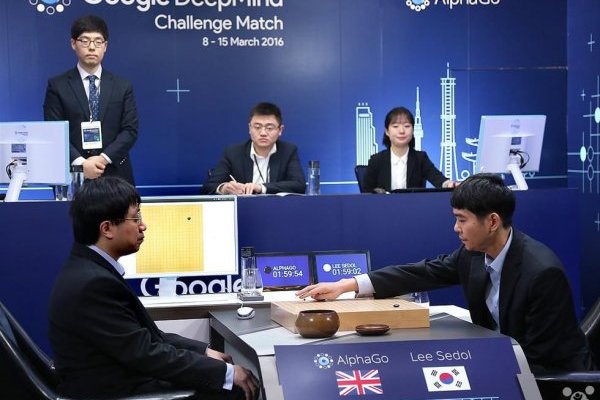 The ancient game of Go may well be humanity’s toughest strategy game, and world champion Lee Sedol’s loss to a computer program Saturday is huge news.

But many observers are getting wrong just what makes the Google-owned program so amazing—and what this victory actually means for the future of artificial intelligence. This isn’t the first time a computer has used a cunning strategy to beat human champions at an impossibly complex game. And that it did so so convincingly doesn’t mean AI is somehow poised to displace humanity itself.

Rightly, many folks are comparing this moment to the match where IBM’s Deep Blue supercomputer delivered an undisputed ass-kicking to the world champion of chess, Garry Kasparov, in 1997. It’s an instructive comparison but not because Deep Blue beat Kasparov “using brute force to run through every possible move.”

In reality, chess has so far proven to be way too complex for a machine to solve by looking at every possible move. The number of possible chess games exceeds the number of atoms in the observable universe. No computer currently devised can deal with that in a reasonable amount of time.

Instead, Deep Blue’s engineers found a way to cut down the number of possible moves the computer would search through, and then choose from this pruned set of options. The hardware and software was a monument to human ingenuity applied to a focused, mathematical problem.

AlphaGo represents a major step forward. The number of possible games in Go is orders of magnitude larger than chess. This means that searching through all possible moves is even less useful than it is for chess. So, like Deep Blue, AlphaGo needed to find a way to cut down on the number of options it considered. But instead of hand-coding the program’s decision rules, AlphaGo’s designers built a system that came up with its own. AlphaGo was trained to mimic board configurations taken from a database containing millions of moves from professional Go games. It honed those skills further by playing millions of games against itself, tweaking its playing rules in response to each win or loss.

A singular achievement of the AlphaGo’s engineers was figuring out a way to apply huge computational power to the problem of actually building key features of their winning computer program. And that aspect of their victory seems ripe with possible applications for other large problems where hand-coding solutions just isn’t workable.

Yet despite the mathematical complexity of chess and Go, both still represent what are known as “deterministic perfect-information games.” Among other things, this means that chance isn’t a factor, and players can see everything their opponents are doing on the board. Compare this to the kind of mental horsepower required to understand a joke, or guess when someone’s lying, or get through a date and you’ll quickly understand why AlphaGo isn’t likely to seduce or kill anyone anytime soon.