How Often Do I Really Need to Wash My Bra?

We know: Doing laundry is hard, and washing delicates is even harder. And unlike, say, wearing a stained shirt, rocking your favorite comfy bra for a few more wears than you should seems pretty harmless….right? Well, we went to the experts to find out just how long we can put off the chore—without being, you know, super gross.

While there are no steadfast rules, you should ideally be washing your bra every two to three wears, says Josh Zeichner, M.D., dermatologist and director of cosmetic and clinical research at Mount Sinai Hospital in New York.

If you’re someone who sweats minimally and fall on the lazy size of the laundry spectrum, you can stretch it to every five wears at the very max, Zeichner says. But “if you ask the average woman, they are not doing that,” he says. “They are washing much less frequently than they should.” Guilty as charged. 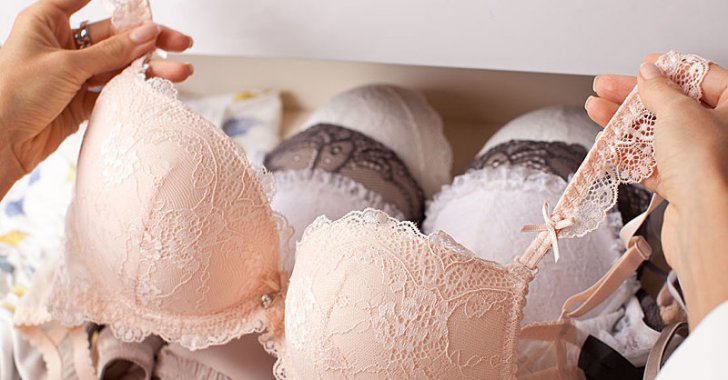 Even if your bra passes the smell test (come on, we all do it) or doesn’t seem all that dirty, it doesn’t matter. “Fabrics that are closer to the body are exposed to more sweat, oil, dirt, and bacteria, and thus need to be washed more frequently,” Zeichner explains.

In fact, the average person produces a liter of sweat, 40 grams of sebum, 10 grams (or 2 billion!) skin cells, and 10 grams of salt per day—and even more than this when you are working out, says Mary Begovic Johnson, a skin care and skin biology expert for Tide and Downy. And all this gets transferred to your clothes as “invisible dirt,” which does mean your bras need to be washed every two to three wears at most, she says. (She recommends using a mesh bag, washing in cold water, and letting it air-dry to protect the bra’s fibers and elastane from heat and to keep the underwire and straps from getting damaged.)

You may even need to up the ante on your bra-washing frequency depending on a few factors. While everyone has yeast, bacteria, and fungus living on the skin (sounds gross, but it’s a normal part of our microbiome), certain environments such as heat, humidity, and excess sweating can disrupt that happy balance and promote overgrowth of these microorganisms, Zeichner says. Surprisingly, your cup size can even play a role too—the larger your breasts, the more you accumulate sweat, oil, and dirt.

So, yes, that means you really do need to wash your sports bras after every. Single. Workout—even if it was low-impact and you didn’t sweat ‘that much’. Grabbing a sports bra out of the laundry to wear for a second time is actually a lot grosser than you might think. “The bacteria will have had time to multiply in the wet environment of your sweaty bra,” Zeichner explains. “It’s like a petri dish and the more time that passes the worse it is.”

Sports bra designers agree: Washing your sports bra after every workout is non-negotiable. “We recommend hand washing or using your machine’s delicate wash to keep bacteria from building up over time and ensure your bra lasts for many more workouts to come,” says Kate Williams, VP of women’s design for Under Armour. And be warned: While you can opt for a sports bra with anti-microbial features (like the Armour Breathe, Mid, and Low bras), which help to prevent odor during your workout, it isn’t a solve for washing!

More than just being un-hygienic, not washing your bras enough can have some unpleasant skin side effects. A dirty bra rubbing against the skin can cause irritation, a yeast or fungal infection, or even a bacterial infection of the skin or hair follicle, Zeichner explains.

In the grand scheme of things, not washing your bra isn’t going to kill you. “I have not lost a patient yet from a dirty bra,” Zeichner jokes. But it’s something you definitely want to think twice about. “You wouldn’t want to send your bra to the lab for a culture. You’d be unpleasantly surprised.”

50+ Tweets That Made Women Laugh Their Asses Off In 2016
Is Bhutan a Poor Country?
Work for Google, You Eat for Free
Have You Ever Kissed Someone By Accident?