The Most Transformational Moment in Life

What was the most transformational moment in your life? And how did you become a better/newer person after this incident?? 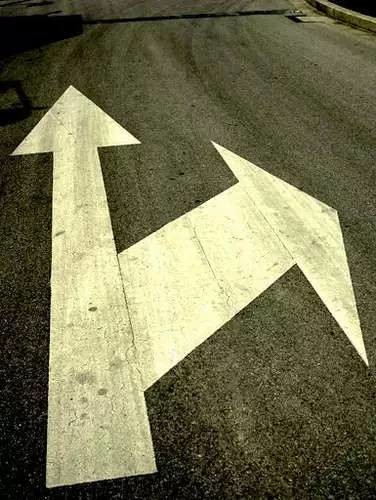 When I was 19 years old, I was at a house party out on a lake. There was a small cliff overlooking the water, maybe 25 feet high. After the drinks started flowing some people began jumping off of the cliff into the water.

I was there with my friend Josh. He had been the first friend that I made in college. He was a couple years older and far more confident than I was. I looked up to him. It was summer break and I was visiting him for the weekend when he brought me to the lake party.

At some point I went into the house to get some more food. When I came out everyone was gone and I heard sirens. Everyone had run down the side of the hill to the shoreline. They were standing there, staring out at the water. There were a couple guys swimming around. It was dark though and hard to see.

Still not putting two-and-two together, I slowly walked down there to see what everyone was doing. The girl walking with me said, “I think something horrible has happened.”

When I got down there, I innocently asked some people where Josh was. No one answered. A girl started crying uncontrollably. I suddenly put two-and-two together.

It took the scuba divers about 3 hours to find his body at the bottom of the lake. The autopsy said his legs probably cramped up from dehydration from alcohol as well as the impact of the jump from the cliff. His parents later told me he was a terrible swimmer. I had no idea.

I went into a deep depression. I thought I had been depressed before, but this was a whole different level. Sadness so deep that it physically hurt to think about it.

I had dreams about him for a few months after that. Dreams where he and I would have full-blown conversations about life and death as well as random pointless things. Up until that point, I had been a pretty typical stoner, lazy, underachieving, irresponsible.

In one of my last dreams of him, I was sitting in a jacuzzi with Josh (yeah, I know, weird), and I said something like, “I’m really sorry you died.” He laughed. I don’t remember exactly what his words were, but he said, “Why do you care that I’m dead when you’re still afraid to live?” I woke up crying.

His death marks probably the clearest before/after I can point to in my life. Pre-tragedy, I was inhibited, lazy, unambitious, bad attitude. I was a nice enough kid and had friends. But I just didn’t care about anything. Or rather, I was afraid to care about anything. I was hiding from life.

Post-tragedy I became uninhibited and ambitious. For the first time in my life I started studying and realized that I could make straight-A’s if I applied myself. I gave up weed and video games. I transferred to an excellent school on the other side of the country and when I arrived, I pushed myself to be social and make a lot of friends. I got my first girlfriend. I lost a bunch of weight and started going to the gym. For years I lived with an irrational preoccupation that I’m somehow wasting time, that every second of every day I need to be accomplishing something or experiencing something new.

In the 10 years since, I’ve started my own business, written two books, been to nearly 50 countries around the world, had amazing relationships and gone a long way to repairing the broken family relationships that caused me to be so messed up in the first place.

Sometimes I wonder if I would have gotten to this point without Josh’s death. It’s impossible to say. Obviously the potential was always there in me, and my parents and teachers had told me so for most of my teenage years. But looking back, I was emotionally pretty screwed up. And it took a tragedy to kick me into re-evaluating everything I knew about myself and about my life. Without that kick, I think it’s likely I would have remained aimless and stifled for a long time.