Alexei Vink
A few years ago, my childhood friend Matt and I quit our jobs in London and cycled 12,000 km to Vietnam. 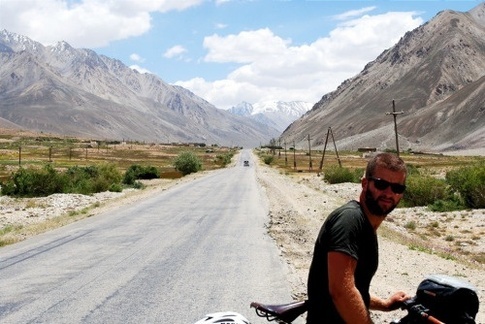 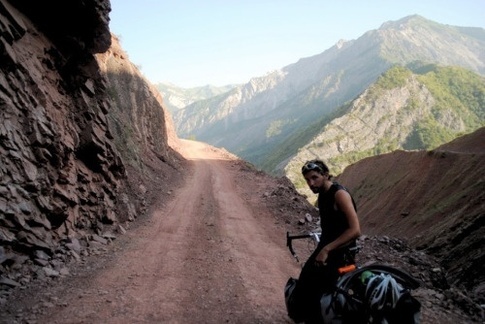 It took eight or nine months in total. And it was unbelievably awesome.

We saw a LOT of weird things on this trip, but probably the best crap-your-pants moment was in the mountains of Tajikistan, a country well known for its vibrant opium trade, cycling near the border of Afghanistan.

We had packed our camp away at 5am and set off in the morning dew. It looked kind of like this (photo by Matt, although this is a different part of the Pamir Highway): 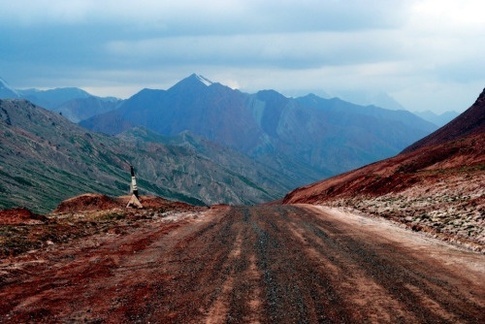 It was cold, probably up at 3,700m or so, and we were just settling into our morning routine when we saw something strange come around the corner. We rolled to a stop. 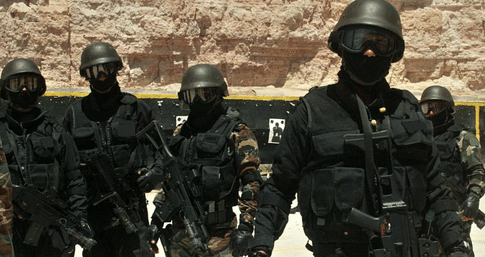 (Illustratory picture only. Imagine this, without the helmets and glasses).

“Camera and phone away. Now.” Matt hissed at me, with great clarity of thought.

The men had seen us and continued towards us, speed unchanged, maybe 40m away.

“I can’t see any flags,” I said quietly.

“Yep. Could be Tajik, could be Afghan. Could be anything out here,” Matt said.

This was a narrow cliff-side path, forwards and backwards only. We could have turned around and cycled back. But it was half a day back to the last junction. And who knew how the men would react to us clearly fleeing from them?

So we decided to stay put and be nice and friendly, which had worked so well for the rest of the trip so far.

The men drew closer: they looked freaking bad ass. Wary and alert, eyes open, athletic and calm. Haggard, too, perhaps at the end of a night mission, but tough as nails. They walked with confidence, not swagger. Their faces were rougher than their hands. One smiled and showed a gold tooth.

We just stood and waited.

The men stopped near us, neither friendly nor unfriendly. One of the men stepped forward.

We were expecting him to ask for our passports. Instead he asked us, in Russian, where we came from. ‘Great Britain’, we told him, in (bad) Russian. ‘Going to Osh’. He nodded.

Another man came forward and jabbed Matt’s front tyre, testing it for air. They talked amongst themselves and laughed in a friendly way.

But they were tired, and we were not so interesting to them. The men nodded, and moved on, as steadily as they arrived.

And so we moved on too, definitely less steadily than we arrived.

This was one we didn’t tell our parents about until we were home safe and sound. 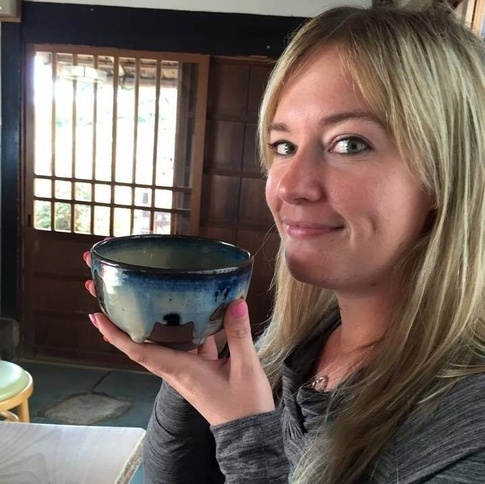 I was arrested in Japan after only being there for 42 hours. I thought I was there for a wedding, turns out my traveling companion had other plans.

My travel companion had decided it would be a ‘fantastic idea’ to mail drugs to our hotel room (without my knowledge). When I got the call from the front desk that there was ‘luggage’ for us at the front desk, I assumed he had forgotten something downstairs. I was unaware of what was going on when he instead brought up a small envelope package. He opened it immediately, and it included drugs (I won’t go into specifics, but let’s just say they were the bad kind).

5 minutes later 10 Japanese police officers burst into the room and went through all our luggage, took our passports and put us both in handcuffs. The entire time I had a horrified look on my face, and kept saying ‘What is going on??’. No one answered me. *Interesting side note: when they plopped me down infront of an investigator who spoke English (handcuffed to the chair), she asked if I had any questions for her. My brain was in such a state of shock all I could think to ask was “Do you think I’ll miss the wedding?” She answered “Yes, I think you will”. Then I started crying.

I was unable to contact any family or friends after being arrested. This is applied to everyone, no matter what the charge.

Then began the worst travel experience of my life. And it lasted for 35 days. I will make a long story short in saying that it took 35 days, 2 high powered lawyers from Toyko and becoming semi-fluent in Japanese to be released without charge. The same cannot be said for my traveling companion, who ended up in jail for much, much longer.

The biggest takeaway here (this should be a no brainier, but just in case!): never, EVER EVER bring, or smuggle, or mail, or otherwise bring drugs into a foreign country!!! Research the country you are going to be visiting!!

Although I had nothing to do with this case of smuggling, it still took a very long time for me to prove I was innocent. And believe you me, they left absolutely no stone unturned in their investigation. Japan has a 99.5% conviction rate. The fact that I was released without charge further proved my innocence.

I lost 25 lbs, and when I returned home I lost most of my hair from the sudden weight loss and stress.

I have not let this hinder my love of travel though! Not even a year after the incident, I went back to Japan (without the companion) to explore what I did not get to experience the first time. I will keep traveling till the day I die, and I will tell this story to my grandchildren, along with all the other amazing stories I have collected along the way :)

This is my most prized document, received from my lawyers after I returned home – my Notice of non-prosecution! I started planning my return trip to Japan the day I received this. 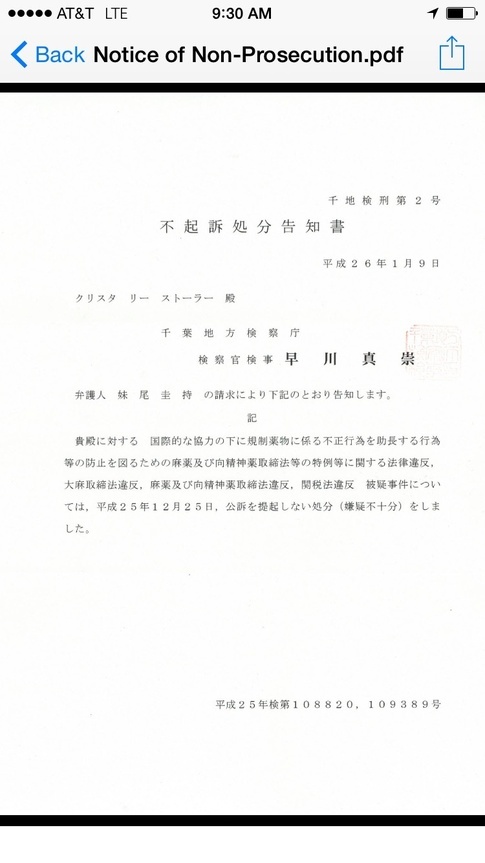 Tagged: Earnings and wages, Equal pay for work of equal value, Fact 575, Gender pay gap, The Simple Truth About the Gender Pay Gap, wages, wages vs salary, What is the gender pay gap globally, Women in the Workforce

68 Interesting Facts About Cocaine
Just 18 Great Tweets From Britain About The US Election
How Many Types of Bears Are There?
18 People Who Have 100% Definitely Found Their Soulmate In Life