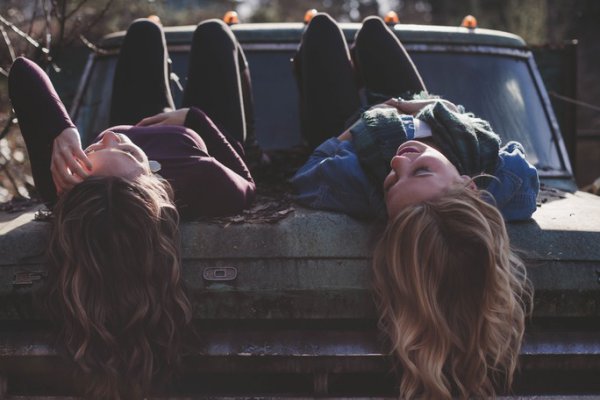 Adults have viewed teenagers’ sex lives with panic — and a dash of prurience — for generations. Where they’re doing it, how they’re doing it, and how often has been a public health concern in years past, but according to a new CDC survey about the sexual activity of teens, there’s a lot less for grown-ups to worry about today. When compared with their counterparts in the 1990s, the newly named “cautious generation” is statistically more interested in screen time than sex time. This is hardly surprising, given that three-quarters of teens have access to a smartphone, and 24 percent report being online “almost constantly.”

Granted, screen time doesn’t have to mean non-sexual screen time; one can certainly spend hours sending flirty texts or sexts and exchanging pictures. One in four teens are sexting, so it’s not necessarily that teens are across the board less interested in sex, it’s just that they don’t express it as much IRL. On one hand, this is good news when it comes to rates of teen pregnancy and STDs. On the other hand, coming from a much more sexpressive generation myself, I can’t help but feel a little bummed for these kids because young, naive sex can (sometimes) be pretty fun.

1. The Percentage Of Teens Who Have Had Sex Is Declining

Having sex once is one thing, but being sexually active on the reg is another. While 37.5 percent of teens were sexually active in 1991, that number steadily decreased to 30.1 percent last year.

In the apparently wild and sex crazy 1991, 18.7 percent of teens had had sex with four or more partners, but only 11.5 percent report the same now.

Statistically, teens who initiate sex before 13 years of age are more likely to try drugs, contract an STD, or get pregnant. In 1991, 10.2 percent of teens had been sexually active in their tweens, and in 2015, it was down to 3.9 percent.

Since the early 1990s, condom use has fluctuated, going up until the early aughts, and then down, only to start rising again in 2015. Today, 56.9 percent of teens said they used condoms, and with any luck, the numbers will continue to rise. If the “cautious generation” has one thing to teach us, it’s that safe sex is the only kind of sex to be having.

17 Funny Tweets From 2017 So Far That’ll Make Canadian Laugh
24 Tweets About Tinder That Are Hilariously True
What is National Animal of Australia?
What’s an Efficient Way to Overcome Procrastination?