How many children better for the family? 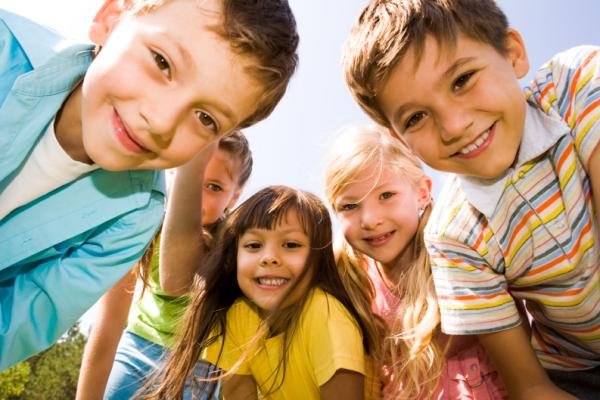 1 kid = only child, no siblings, no early experiences with sharing, etc. Also, 90% of the expenses of raising kids, but with only one.
2 = a good stable point, kind of like a full electron shell. But also without the benefits of having more kids. While they each have a playmate, if they’re squabbling, then everyone is unhappy.
3 = the kids now have their own society, but they don’t feel so tied to each other. Unfortunately there’s also a defined “middle kid” now, which isn’t fun. Also, you’re out-numbered. As a friend once said, you now have to go from man-to-man to zone defense.
4 = another stable number. Several different pairings between the kids are possible for playing, reading, etc. You’re an awesome, professional parent by now, and 4 doesn’t make you any more tired than 3. True, you need a minivan now, but the benefits are definitely worth it.

And with 5 and 6 you enter “bonus kid” territory. You’re much more confident in your parenting. Not much throws you any more. The older kids can help out. And the per-kid expenses go down each time.

All that said, happy kids and families come in all varieties and numbers, so ultimately this is a deeply personal decision that no one else can make for you.

What’s best for the family is what is best for the parents. Low-energy or career-ambitious couples should not overburden themselves. Energetic couples who love kids should not feel guilty about having a handful.

1. Socially and psychologically speaking, a one-child family can be perfectly wonderful.
2. Financially speaking, for an average, middle-class family two is best. The parents can enjoy a pair of darlings but won’t go broke paying for daycare.
Many couples discover that, after totaling the cost of daycare for 3 kids, one parent may as well quit working.
3. BTW, psychologically speaking, children 7 years older or younger than their closest sibling often feel like only children.
4. Personally, I think having four children is fantastic. Wherever we go, it’s a party. Sure, siblings sometimes drive each other nuts, but they are also quite close and protective of one another.
5. Financially speaking, having 6 or more kids is not feasible for most middle class couples. At this point, you start needing a third adult, a nanny, to keep the house and kids in order.

I’m too for having two children, a long as you can afford it. Most people can afford to put two children through school, alternately the children having to take huge student loans, depending on their priorities.

Here are some argument for not having just one child:

1. avoid the child growing up never having had to share anything, all just for him/herself, quite difficult when later on this child is in a relationship
2. make the child socialize more without having to keep an open house for all the friends at all times (alternatively you could send your child to a day care center.)
3. the younger child will learn from the older sib
4. if relationship between sibs are good, they’ll have each other for support when things don’t go well

More than two is often hard financially on the parents, who want to give so much (education) to their children, and the world is overcrowded as it is anyway.

EDIT:
Having had discussions on how many children people are planning for, the argument that most couples could only afford one child because children are so expensive to raise is often heard in Italy, China, Indo-China, voiced by more or less educated smart people who realize that education often is the prerequisite to better one’s child’s future outlook. I almost never hear this argument from people with a more narrow scope of view, they voice the argument that they themselves did well although their parents didn’t support them financially, and often have no high aspirations for their kids.

If you MUST, then one.

It is the most socially, financially, and enviornmentally responsible choice. Only children benefit from the intimate and supportive relationships with their parents, have the opportunity to become very self reliant, and have to deal with self entertainment which can create a sense of endless curiosity about the world around them.

I find it amusing that there are so many assumptions about only children being made here, that they don’t learn social skills, empathy, or how to share. An argument can be made that having a sibling could foster a lack of desire to share because you are constantly competing for resources (food, toys, parental attention).

If anything you might end up with an overdeveloped sense of all of those things. When it comes down to it, it’s really about the parenting, not the number of kids.

15 Exes Who Are Definitely Not, Uh, Friends
Fliz Bike Concept
People On Twitter Are Sharing Their Best Moving Hacks
Are Cats Responsible for Extinction?