The biggest plot twist in life

A plot twist that happened in life, not an actual movie.

My parents divorced when I was 7 years old. I grew up and spent time mostly with my mom and stepdad. I always thought my dad had simply abandoned me and my sister to start a new family with my stepmom. 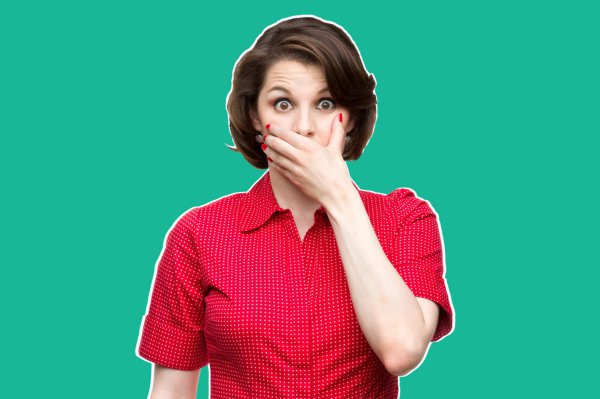 In my early 20s I had drinks with my dad, and the biggest plot twist of my life was revealed. My mom had actually cheated on my dad for a year. My dad knew about it the whole time. But, he still loved my mom and he wanted to keep the marriage together, especially for me and my sister.

Eventually they divorced. My dad was heartbroken and alone in his suffering. Then he met my stepmom. She offered him a shoulder to cry on. But, she wanted to start a family. So she gave him an ultimatum: ‘Either I’ll leave you now, or you come start a family with me.’ He chose the latter. Can I really blame him?

Edit: Thank you everyone for the overwhelming response.

I love my mother. She is the best mother I could ever wish for. She did what she thought was best for us. I’m not angry with her. I don’t blame her.

I love my father. I understand why he chose to be with my stepmom. It makes sense. He didn’t completely abandon us. He was there. We just didn’t see him much. But, I know he loves us. He shows that in his own way.

As for the ultimatum. Giving a life-changing ultimatum to a person who is completely broken is dubious. A heartbroken person who has hit rock bottom is not able to think rationally. To me, it seems exploitative.

The message I hoped to convey is that mothers and fathers always try to do what they think is the best for their children. They are people just like you and me. They have flaws. They are irrational at times. They make mistakes. No one has the right answer to any given situation. We are all kind of stumbling our way through life trying to make the best decisions. But sometimes, those decisions can have negative implications. They can hurt people you love. So you try to make amends.

If you accept that your parents are not perfect. That they have flaws. That they are clueless at times. But, that they always try to do what they think is the best for you. Then learn to forgive them.

Maybe, one day, you’ll wish your children would forgive you too.

When I was 11 years old, I was diagnosed with Aspergers.

The psychologist told me I would never hold a real job, drive a car, or even be capable of basic self-care around the house.

Where I come from, healthcare is incredibly poor because only the lowest-qualifying doctors move to this environmentally contaminated area because nobody in a reputable city will accept them.

Basically, my diagnosis was based almost entirely upon my uneducated sociopath mother’s lies, slander, and manipulation. The rest of my diagnosis was based on the outlandish and outdated belief that it’s abnormal for a girl to be extremely quiet, but have very articulate speech and an interest in science and video games. Yeah, they literally assumed I was mental because I didn’t fit their sexist views. Needless to say, doctors in this area are among the most unprofessional in the entire country.

My childhood consisted of endless bullying and harassment from my mom, brother, stepfather, classmates, and teachers. My mom always called me a “retard” and told me to “act like a normal kid, you fucking freak.” She also belittled me by telling me that I DESERVED the bullying that everyone gave me.

Despite being labeled as an “autistic retard”, my mom forced me to immediately enter college when I wasn’t ready and all I wanted to do was navigate through basic adulthood with a job before making such a huge commitment to education.

Most of what happened is now a blur. But I can remember the part when I silently walked out of class in the middle of a lecture. I continued walking silently outside and made my way toward my mom’s car. (Yeah, she actually allowed me to get a license and drive myself occasionally. But only because her friends with “normal” kids started giving her shit about having a retarded kid.)

I got in the car and sobbed violently.
My life was over.
It’s all a prison and I want out.

My grades were all horrible because I saw no point in doing anything when my mom always told me that I would NEVER be allowed to have my own life and that if I attempted to escape from her, she would finally have me legally declared mentally incompetent so I would have no human rights to make my own decisions in life.

A few weeks later, I left my mom’s house without any notice and used my meager savings account to get an apartment. I spent 8 months submitting job applications to every place in town that would hire my age. I literally only got three interviews the entire time. I was forced to work online as an adult cam model to survive on less than $800 a month. Keep in mind that this job was very difficult due to being naturally ugly and constantly being degraded.

At the end of these 8 months, I was finally hired for a shitty part-time job.

At this point, it probably sounds like nothing will ever improve.

But here’s the plot twist…

Today, I’m 22 years old and I have a stable job in a manufacturing facility.

Most people are unable to survive on the meager wages of this job, but I’ve managed to do far more than just survive.

I didn’t need a roommate or a partner to help me move up in life.

In only two years of working this job and supporting myself living alone, I was able to build my credit and save up money to buy a nice convertible car and a HOUSE.

I did it on my own with no guidance from anyone.

I researched everything carefully and worked hard and because of that, I succeeded.

But aside from material things, I also gained something else that my mom and all the other cruel people said I would never have.

I still go through cycles of depression, but my friends are understanding of my struggle and it helps to know that they still believe in me.

The moral of this story is to never lose hope.

Even if everyone in your life hates you and makes a joint effort to keep you trapped, always keep an ounce of hope guarded in your mind.

If you have to use anger from injustice to re-ignite your hope, do it.

Do it until you succeed and then find peace.

As long as you have even the smallest amount of hopeful defiance, you have the power to create a plot twist in your life.