What’s the creepiest thing you have heard a child say?

Thank you for all the appreciative responses. An apology since I seem to have slightly misquoted my youngest daughter.

It was “skin and blood”.

This wasn’t said to me directly, but my fiancee and I overheard it while on a bus in Cambridge. We were sat on the top deck and there was a mother and child (probably 5-7 years old) a couple of seats behind us.

The road the bus was going down was mostly residential and someone was putting lots of full black bin bags/refuse sacks out the front of their property (presumably full of rubbish or gardening cuttings etc).

The child piped up with, “Mummy, is that where the bodies are?”

Obviously, we weren’t 100% certain whether the kid was referring to the bags or not, but it certainly seemed suspicious when the child was hurriedly shushed by the mother….

“You’re going to die.” Repeated calmly with no worry, 5-6 times in a few minutes. 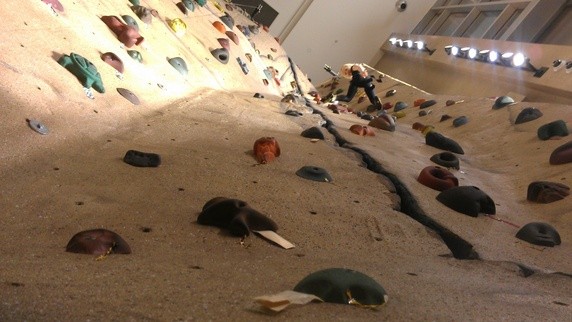 I’m rock climbing indoors on a wall with two auto-belays. On my right is a small girl, about 5. As a courtesy I let her begin climbing first. It’s a friendly gym where patrons give positive feedback to fellow climbers.

“Nice job,” I say as she gets started. She’s climbing “open” using any holds. I begin my route’s ascent and am focused and working out the climb. I am maybe 15 feet off the ground and I see her small foot just ahead to the right. I wait patiently for safety for her to climb further.

What did she just say? I question myself. I am sure I misheard this cute little girl. I’ll just let her climb a bit further and ignore her. Back to concentration, now about 22 feet up the wall. I pause again and with no prompting I hear her again, very clearly say from about 4.5 feet away.

My mind is racing. Why would this little climber have such odd things to say. Maybe best to not engage someone who is so young and saying such odd things. I nod my head at her. We continue climbing.

At about 32 feet, I realize she’s slowing me down a bit as I keep waiting for her and I should probably just pass her at the next safe opportunity. I visualize my next few moves and before I proceed, she breaks my train of thought.

Ok what is going on? Why? Why is she saying this to me? She’s not being rude or obnoxious, more just matter of fact. I proceed to pass her. My brain is focused on her words and something I don’t understand. As I pass her, I smile nicely and figure no reason to not ask.

“Why are you saying that?” I ask her.

I can’t shake it off. I climb a bit higher and prepare for the hardest move on the route I’m climbing. A route I have climbed before. A route I set, known as “Han Solo in Carbonite.” I am 45 ft in the air. I go to re-chalk my hands before a move that I sometimes get, but sometimes fail and miss. I pause.

One last time, why is she saying this. I freeze. I stop breathing for a second. I realize the child-like meaning of her words. I begin to slowly and carefully climb down. I move at consistent pace. I breathe, in and out. I am past the girl who is still going up. I continue down, watching her in case she decides to come down. I reach the ground.

And it is then I walk over, white as a sheet and get a drink of a water and catch myself looking back and realize the words of this little guardian angel who realized well before I ever did….

…I hadn’t clipped my harness into the auto-belay and was free climbing up the wall with no safety equipment in place should I fall!

My now-8 year old used to say to me, “You’re the best mommy I ever had.”
Once I responded, “I’m the only mommy you’ve ever had.”
He would tell me, “That’s not true, I had one before.”
Me, wanting him to tell me the story, “Really? What was she like?”
Him: “I don’t always remember. But she loved me, too.”
It creeped me out a little, and I stopped asking after that. He’s only stopped saying “You’re the best mommy I ever had” in the past couple of years.

A few years ago, my favorite Uncle died of lung cancer in Sri Lanka. My family and I had been booked to fly out and see him in 10 days, but he lost the battle before I got there. I had been scared to see him so weak, but I still wanted him to know how much I loved him, and for him to meet my youngest child, as he had met the oldest the year before. He and my aunt had wanted, but never had kids, so me and a few of my cousins filled that gap over the years. He was the Uncle that told stories, played games, and was just fun to mess around with. Other cousins of mine may argue, but I was definitely his favorite, which was why I was so desperate to see him one last time and perhaps why the following event happened…

We flew out to Sri Lanka anyway, to see my aunt and spend time with our huge family. My oldest daughter was just 2 and my youngest just a year old then. My Aunt had been nervous to be home alone, (as many people in Sri Lanka are the first few weeks after a death, since the wake is done at the home). My extended family stayed with her on rotation and we offered to stay 2 nights while we were there. On the second evening, we had a dinner party to go to and my Aunt decided to visit a friend/ neighbor. While on our way back, she told us to go to her home, and that she would stay with her friend and come in the morning. It didn’t faze us at the time that we’d be alone in her house and we agreed.

As we parked in front of the house, my youngest was asleep but my then 2 year old was still up. In my half-sanity of trying to get everyone and everything out of the car, all I heard was my always fussy 2 year old being extra fussy and loud, and I just didn’t want her to wake the little one. I let my husband take her while I carried the little one. Once we got to our room, I put the baby down and began unloading the diaper bag, when I realized that my husband was sitting on the edge of the bed, hugging my 2 year old. She clung to him, pointing to the doorway and repeating the words, “Man. Coming. Man. Coming”…

My husband, who isn’t easily emotional, looked completely and utterly freaked out.

“Did she just say “Man coming?” I asked him. He proceeded to tell me that when she got out of the car, she was pointing to the front door and said “Man there!, Man there!”. He had no choice but to bring her inside, as I had been oblivious and he was in shock. Apparently, she had been saying ” Man there, Man there” all the way through the house, till she got to our room. Then it changed to “Man. Coming.”

We both looked at each other, then looked in the direction she was pointing in, and then again at each other. My husband suggested we leave, and I was beyond freaked out, but then it occurred to me that if the “Man”, my Uncle, were really there, he’d never hurt me or my family and suddenly I just wanted to see what else could possibly happen. My oldest was still saying the two words, and I told my husband to calm her down while I got some milk for her. As I walked to the kitchen, I quietly asked my Uncle for a sign, so I could know it was him.

After getting the milk and going back to the room, my daughter was relatively calm, but my husband looked even more freaked. I gave her the milk and he began to tell me how she kept saying “Man. Coming” for a little while after I left, except that suddenly she buried her head into his chest, as she did when she was shy, (something she did with every new or unfamiliar person she met at the time) but that she would peek out and smile shyly and hide and repeat. He said it was like someone was trying to make her laugh…

That sounds exactly like what my Uncle would do.

24 Times Completely Inedible Things Looked So Freakin’ Delicious
People Are Sharing The Weirdest Reason A Customer Got Mad At Them And LOL
18 Tumblr Posts That Accurately Describe What It’s Like To Be A Picky Eater
What Events Happened on January 26 in History?