What is the smartest thing your cat has ever done?

Kimberly Lewis
One of my cats was a genius. Brilliant little asshole. The stories I have of him are numerous.

When he got trapped in my mother’s room, he’d yowl in the shower because it was louder and echoed through the house.

When we got the puppy, he moved a water glass on the counter six inches to the left so he could dump it on her kennel

He regularly opened cabinet doors in search of treats.

He could also open zip top baggies to get at the catnip. We eventually moved all the cat treats and catnip to metal jars he couldn’t open or break.

He lured a visiting dog over to the counter before pushing a gravy boat onto her head.

He once tricked our other cat into running into a cabinet, and then managed to lock him in.

He could open doors with doorknobs instead of handles.

He knew how to turn on computers. I used a screen saver that he enjoyed batting at, and he somehow figured out if you turn on the magic box, the bubbles will show up to chase.

He died in September of being a 19-year-old cat. If there is a heaven, then he’s up there playing tricks on God.

The asshole in question: 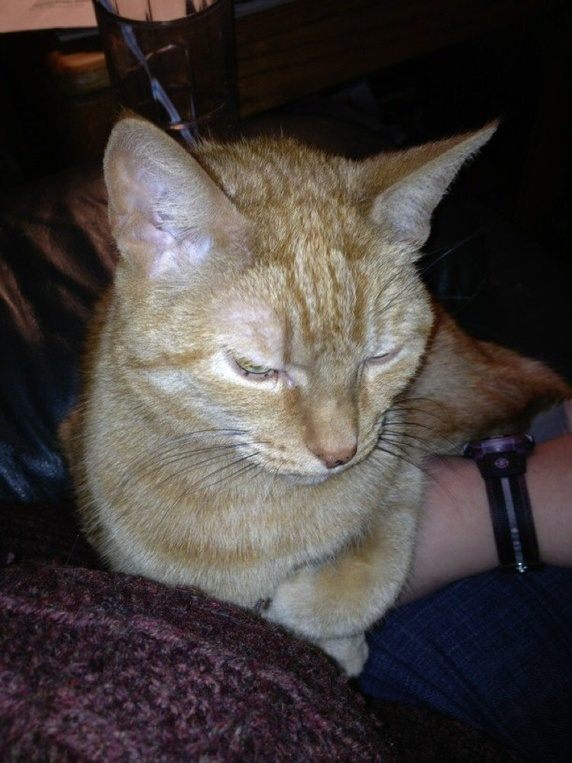 The asshole being an asshole: 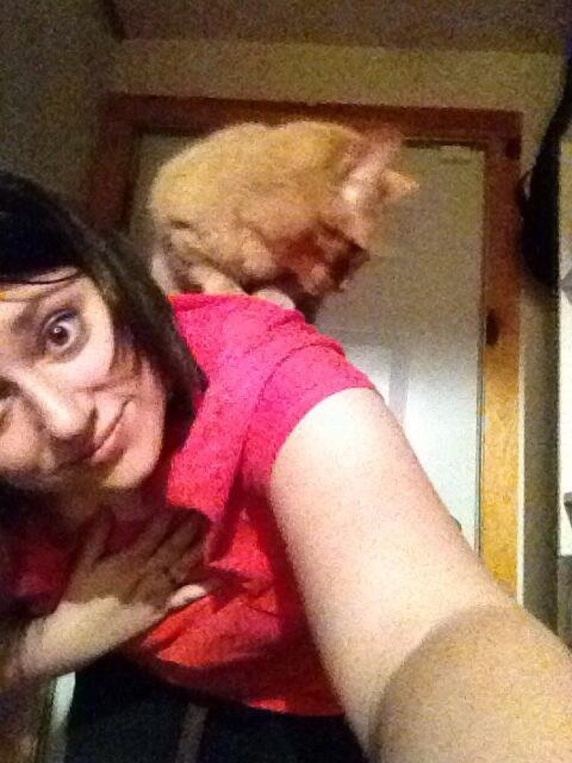 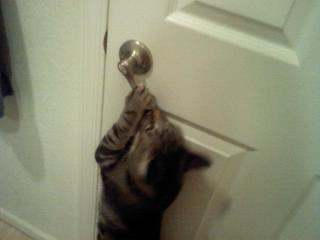 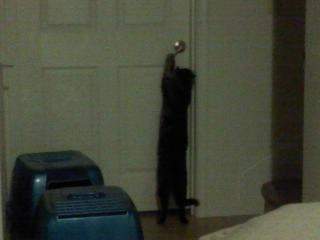 About five years ago he got smart and started opening up doors to explore different parts of the house, namely rooms with plants… so he could eat dirt. Eventually he became so persistent we had to put a round knob on the door in the second picture. These days, Tiger still walks around the house and causes trouble in other places, but he doesn’t eat dirt in that room any more.

Gabriele Kembuan
My cat Ampersand (I call her Amber) is a total mystery to me even now.

I sometimes think she’s a bit bipolar because she can be very pushy if she’s feeling like being groomed, but she’s extremely stand offish whenever it is I who actually want to show her some love. She also doesn’t seem to respond to her name….or maybe she just feels like not recognizing me. Either way, she is also very quiet, so I only have her body language and actions to interpret her wants and personality.

Anyways, when she was a kitten, I downloaded some kitten games on iPad for her to play. I was really excited to see her playing them because, I mean, who doesn’t think a kitten playing on iPad is really cute?

However, Amber has never been a really active cat. While my boyfriend’s cat immediately attacked the virtual fishes and insects with fervor, Amber just stared at the screen blankly…she does make some taps once or twice but she didn’t have any interest in it, just sitting and following the motions with her eyes.

Me and my boyfriend laughed and thought that, well, maybe this cat really isn’t very bright after all.

And then she stood up, looked behind the iPad and noticed that what she had seen before was only displayed on a screen, and behind the screen, there was no real pond with fishes or a meadow with insects..nothing. From then on she never responded to that game again, from then on she would only eye it without interest.

I first thought it was coincidence. But, since then, whenever I showed her something that might be visually stimulating, like other cats on Youtube, or an animation for cats on TV, she would perk up and run into my room when she heard the sounds, but when she had seen the pictures on the screen, she immediately checked behind the screen to see if it’s real or just a display. If she realized that it was only TV or a laptop or an iPad, she would immediately turn away. I don’t know if this really is something special, though :p

Finally, a picture of Amber! She will be turning 3 this August: 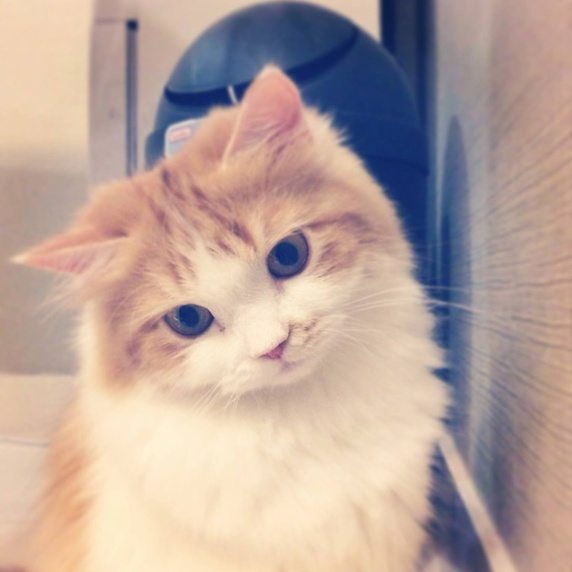