What is the best thing that ever happened to you for being nice?

The best thing that ever happened to me as a result of being nice actually turned into the three best things. 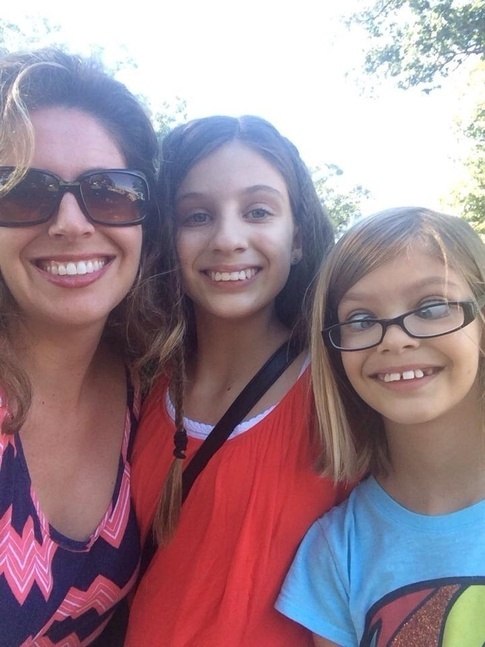 I went through a couple terrible years a few years ago and as I began to climb out of my “funk,” a beautiful friend I have known since high school was going through a tough time of her own. We hadn’t spoken or done any hanging out together, in fact I hadn’t seen her since high school. We kept in touch through social media and when I saw she posted something about her separation, I reached out just with a friendly message. I wanted her to know she had people in her corner and caring about her whether she needed help or not. I reminded her how strong and smart of a woman and SUPERMOM she is and it is okay to have a bad day and lean on others.

As it turns out, I was one guy who didn’t reach out to her trying to hit on her due to her newly separated status. She was touched by my kind and easy going contact. Initially, I don’t think either of us thought it would turn into anything other than a supportive friendship, but one Early August weekend in 2014, she decided to take a ride a couple hours up the road and meet me at my family’s small mountain property where I was clearing underbrush and working to clean the property up. 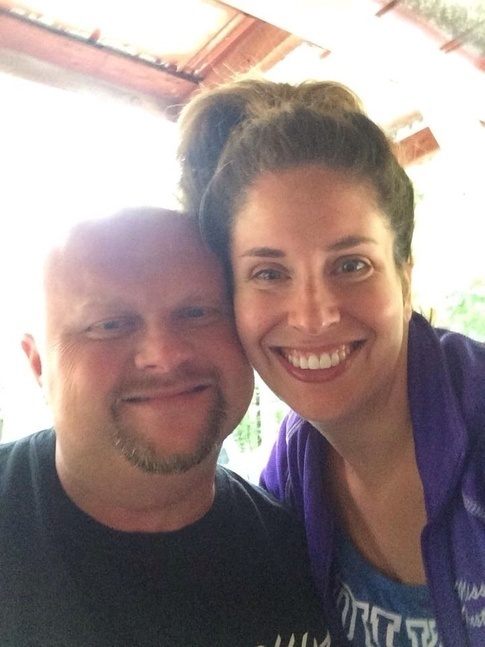 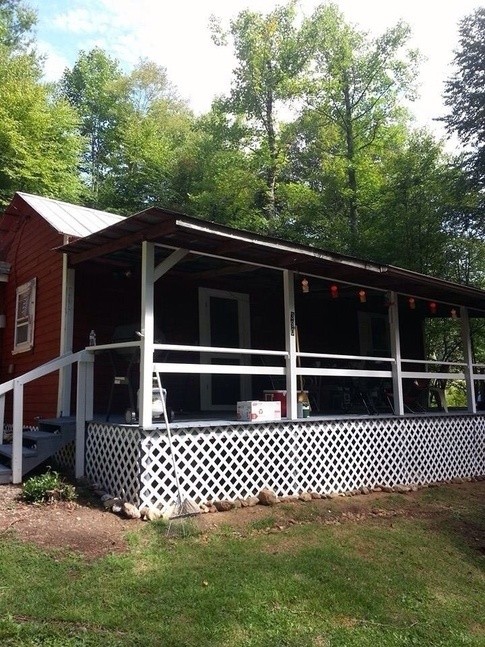 As she drove up the long driveway, I noticed I was feeling crazy butterflies in my stomach. I knew I was excited to see her after over 20 years, but these butterflies were not the same as seeing a friend after many years, they were the kind you get when you are excited and nervous about seeing someone you care about on more than a friend level.

When she got out of the car, our eyes met and I could tell she was having the same sort of feelings I was, it was one of those innocent and satisfying feelings you get when you just feel like you are in the right place with the right person. Once she got out and we got her situated, we walked down to the creek (which could again be seen after clearing the undergrowth away) and as we got closer to the mossy bank, I held her hand for the first time to make sure she didn’t slip. 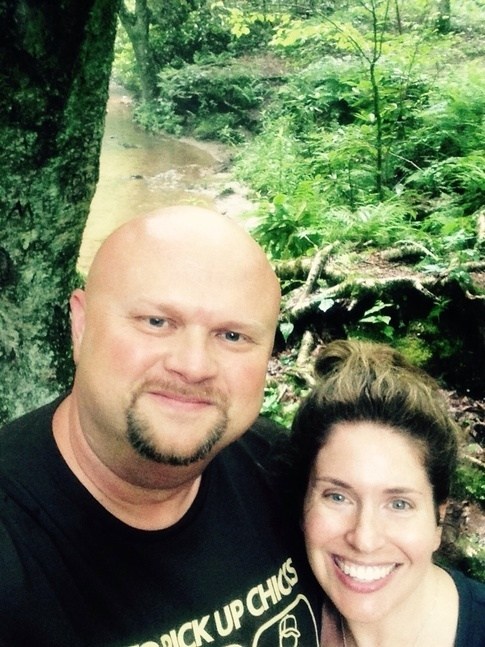 When I held her hand, I felt her entire body relax and I am pretty sure we both swooned enough to make everyone within a country mile feel our mutual attraction. Now, nearly two years later, this beautiful woman, best friend, SUPERMOM, and out of my league girl of my dreams is my wife and her two daughters are more important to me than I could possibly explain.

So, as you can see, my simple act of kindness ended up making me the luckiest man I know and allowed me to share my sappy, loving ways with someone who is equally sappy and loving. I told her shortly after we first began dating, “I wouldn’t change a thing about you except your last name” and my truth in jest is also my truth in my life.

Thank you Michelle for making me such a lucky man!

(1) On a flight from London to New York in coach, the woman next to me started having a panic attack (fear of flying). I asked if she wanted me to call the flight attendant, and she said yes. It was a jumbo jet and there were empty seats towards the back, so I sat there while they talked. At one point, the pilot came to talk with her, as well, and offered to let her call her parents when the plane got within radio range of North America. (He was clearly experienced and very good and gentle at dealing with frightened passengers.) She calmed down, and eventually after an hour or two I went back to my seat. No big deal.

As I got off the plane, the flight attendant handed me a big bottle of very nice wine from the 1st class stock. I said there was no need for it. She said that I’d be surprised at how many passengers would have complained about being displaced.

(2) At age 70, my father became paralyzed after an accident. A few years later, he and my mother were flying across the US for a family event. They had gotten my dad a 1st class seat, but through some screwup, my mom’s seat was back in coach. She helped get him settled into his seat and was getting ready to go to her seat.

The man sitting next to Dad asked where she was going. When she explained, he immediately got up and said they should switch seats — she should sit with her husband. “But you paid for this expensive seat,” she protested. “I’ll be fine in coach.” Nonsense, he said. “The back of the plane gets there at the same time as the front of the plane.”

This second story doesn’t depend on anything specifically nice that my parents did. And I don’t know if anything nice happened for the man as a result of his kindness. But I hope telling this story adds to the good karma in the world and something nice happens to somebody somewhere sometime as a result.

This happened with my wife. She was to fly from Bangalore to Amsterdam (to celebrate my birthday). At the Emirates check-in counter, she was told that there is a lady who has to travel to Amsterdam immediately because there is some medical emergency with her son (in Amsterdam) but the flight was full, so they were requesting if some passenger can give his/her seat to the lady, and that Emirates will arrange another ticket for next day for that passenger.

The lady was standing near the counter and appeared to be in distress. She asked my wife,

“It’s really important for me, I can’t say more than this or I’ll break down.”

My wife was a bit confused, because if she would not have travelled that day she would have missed my birthday but anyway she said,

“I was travelling to meet my husband, it’s his birthday tomorrow, it would have been good for me to travel today but it’s even better that I can be of help to you, no problem I’ll travel tomorrow.”

The lady said with tears in her eyes.

“You don’t know how much I am thanking you.”

After making the necessary changes, the Emirates personnel at counter handed over my wife her ticket for the next day (as they had promised) and to her surprise they gave her an envelope containing,

“An open date Return ticket for anywhere in the WORLD valid for 6 months.” And a greeting which read “A token of gratitude for showing your concern for others, we have high regards for you”.

We really appreciate the gesture shown by Emirates, it was really touching that we were of help to another person and someone else acknowledged it.

Some times karma comes back to you immediately :-). So keep doing good work.

P.S.: Thanks a lot for so much appreciation. When I wrote this, I never thought that so many people will be interested to read what happened with someone.

When this happened we got only one thought in our minds, “If my mother was in that lady’s position, what I would have been thinking?” And it was easy to decide :-).

On a lighter note, the toughest thought was of driving back 55KM in Bangalore’s traffic and coming back again next day (those who know Bangalore can correlate ;-)

Many people asked where did we travel? Initially we thought of flying the furthest Emirates can take us, but due to some limitations my wife travelled again the same route .

This happened during my engineering college days. Sophomore to be precise.

My college was located on the outskirts of Chennai and I commuted using the government bus. I used to be one of the few passengers who got into the bus at the first boarding point – The Terminus. I always chose the first seat located near the engine – to avoid the rest of the crowd. My college was located between two bus stops. I had to get down at either one of them and walk about 0.5 km to my college.

On a very hot day in May, the driver was profusely sweating and voraciously thirsty that he emptied his water bottle by the time the bus covered just half the distance. I watched this from my seat.

I stood up, gave my water bottle to him, got down in my stop and walked away.

For the next two years of college, I was dropped right in front of my college gate. 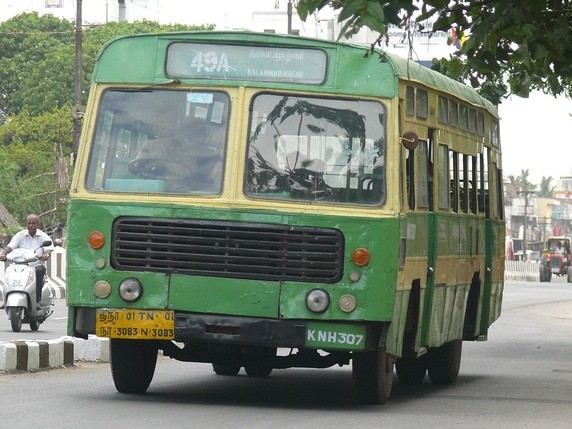 Here’s The Worst Career Advice You’ve Ever Received
Why Do We Dive With Sharks But Not Crocodiles?
Big Bill for Big Ben
The Dodo is Dead, Long Live the Dodo!