What is the craziest thing a parent has said in defense of their child?

I was watching the news. Apparantly, some guy named Brock Turner had sexually assaulted an unconscious woman. The jury found him guilty, and he was sentenced to six months in jail. 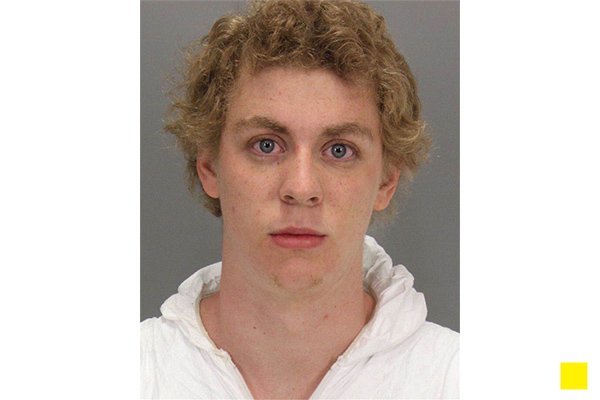 He sexually assaulted his victim, and had no remorse.

Then, his defense attorney tore her up on the stand, painting her in a terrible light, victimizing her again.

Then when found guilty, the judge gave a light sentence.

Then, his father, Dan Turner, attempted to defend his son by appealing to the judge. Asking for him not to be punished at all. It was too steep a price to pay for 20 minutes of action.

That is the craziest thing a parent has ever said in defense of their child. Classifying his assault as “20 minutes of action”.

As a teen, I was visiting at my boyfriend’s family’s home during a family holiday. Lots of relatives around. I was walking up the stairs, and a 4yo very rambunctious cousin of my boyfriend was coming down the stairs, with his mother behind him. The child reached out his hands and punched both of my breasts. I was 17, and embarrassed, in pain, and several other emotions.

His mother saw the whole thing and exclaimed, “Isn’t he strong?!”

A friend of mine has 2 boys, both the same age as my girls. Both boys have behavioral issues, and my friend and her husband (both teachers) have some interesting views on child-rearing.

Because of their behavior, I tried to keep our socializing kids-free, but she kept asking to meet up with the kids and I finally relented.

Our younger kids were about 4. Her son was being really aggressive with my daughter, and my friend wasn’t doing anything about it. I was just doing my best to keep him away from her, but at one point my daughter climbed up onto the couch where her son was seated. He said to her “get off or I’ll kick you”. I made a move towards my daughter to get her out of harm’s way but it was too late – he just dropkicked her right off the couch.

My friends reaction? She looked at him and said “Well done kiddo! You warned her first!”

Many years ago, I had some kids enter our life in the form of a rather convoluted in-law arrangement (I won’t actually identify them so they won’t be embarrassed). The mother of the kids was rather…sketchy…something about her never really sat well with me from the very start, and the kids seemed a little off as well. My wife and I, being kind, gentle souls, determined that we would do our part to give them all a chance, and especially give the kids some sense of normalcy that they didn’t seem to be finding at home (this was readily apparent).

In all honesty, I could write an entire book about this woman and her kids…nobody would ever believe it to be a work on non-fiction…

Anyway, one of the kids, the oldest daughter, was 12 at the time and seemed to be fairly dependable. She at least seemed like the one least likely to do something absolutely insane or stupid. She seemed to take a liking to our only daughter at the time, who I’m going to guess was about 1-year-old, and she began asking if she could babysit for us as a way of earning some money. My wife, at the time, was still deeply into her “we can’t exist without this baby in our presence!” mode, so it was tough for us, but we ended up using her as a sitter one night while we went out on a date.

When we set the ground rules to his girl, one thing we stressed was that she was not to use our computer; not only did it belong to a programmer (thus, full of very expensive software), but we didn’t want her using the computer unsupervised, especially when we’re paying her to watch my daughter. So, when we got home, verified that my daughter had not been devoured by wolves and everything was good, we paid the girl and her mother picked her up.

When I opened my computer the next morning, something made me say, “Hmmmm”. There was a single web browser window open, minified, and when I clicked it, I could see it was a pop-up ad…as if somebody closed the main browser window but missed the pop-up. Yes, hmmmmmmmm. Sounds like somebody didn’t follow the rules…but I had nothing concrete, so I didn’t do anything.

A couple weeks later, we had some “event” to go to, so we arranged for the girl to watch our daughter again, arranged for payment, set the same ground rules. But, now, I was smart: my computer was now armed with a nice little keystroke tracker: every key pressed on the keyboard was logged, and a screenshot was taken every 5 seconds. The girl said she’d probably be doing her homework all night while my daughter was asleep, so I felt good.

We went to the event came home…still no wild wolf attacks, that’s good, so, same as last time, we sent her home with her mother.

And I went to look at the keylogger.

Now, let me ask you, oh brave soul: how many penises would be too many for me to have seen in those screenshots? If you answer with anything other than “one,” then you have a problem.

I was appalled, both by the fact she was doing this, but also because she was obviously not doing anything with our daughter.

I sat down with my wife and discussed this with her, debating on the right course of action to take, when the phone rang: it was the girl, saying she left one of her schoolbooks at our house, asking if she can come by the next day to pick it up. “SURE!” we said, knowing this would give us a chance to talk to the mother and daughter.

I prepared to have a sitdown with them the next night. I printed out about 70 pages of what I saw, highlighting the parts discussing how much she hated my daughter’s crying, how she wished she would just shut up and go to sleep. Re-reading everything made it even worse for me, I was incensed.

The mother and daughter arrive and we invite them to sit at the table. I ask the girl, “Did you use our computer yesterday?”

“Not even for just a few minutes?”

“No. Well, at one point, I saw Sydney [my daughter] touching the keyboard while I was playing with her, but that was it.”

I then put the pages of cybersex onto the table for her mother to look at. I pointed out the pictures of random schlongs that were being transmitted. I pointed out the highlighted portions that showed full-out neglect of a child she was being paid to watch. I pointed out some of the things her 12-year-old daughter was discussing. They were both completely silent while I pointed all this out.

When I was done, the mother sat in silence for a moment, then looked up at the two of us and said, “I can’t believe you violated my daughter’s privacy like this.”

I actually said that, that’s both what I said and my reaction to this statement, to this day.

“I’m going to call the police on you, you pervert, snooping into my daughter’s private life like this. You’re disgusting.”

Now, I may not be a lawyer, but I don’t think it takes much to say that she didn’t exactly have a case on this one. We said a few more words back and forth, but in the end, mother and daughter left in a huff, making it clear that the girl did absolutely nothing wrong.

Literally Just 20 Scottish Tweets About Donald Trump
30 Tweets About Pregnancy That Will Make You Laugh And Cry
22 Hilarious Tweets That Every Korean Can Relate To
Why Was The Eiffel Tower Almost Moved To Canada?