What’s the worst thing your parent has ever said to you?

Look at you! You're capable of nothing!

We are 2 sisters, I being the elder one. As is the thinking in most of the middle class families, my parents were sad that they gave birth to a girl. Of course, they wanted a son. So when I was young, I faced a lot of discrimination from them, I do face that even now. I felt like they practically loathed me.

I thought things would get better once my sister was born (she’s 10 years younger than me). But I found out that the biased treatment was particularly inflicted on me. My mom said one day, “The time that you were born, we faced a lot of hardships. You ARE BAD LUCK. When your sister was born, we’ve started prospering. You’re dark skinned, you don’t look good. People doubt you being my daughter, since I am fair.” Just imagine! Your mom saying that to you. My dad doesn’t say much. He’s indifferent, he doesn’t bother if I live or die. He just loves money. He never protested when he saw something wrong done to me. So, I’ll never forgive him for that.

Well, I was a considerably good student at school. I wanted to be a doctor. So, I joined one of the coaching centers (thankfully, they agreed to pay for it). And under the pressure for the preparation, plus the fear what’ll happen if I don’t crack entrance, I expected some motivation from them. But they said, “Look at you! How can you ever become a doctor? You’re capable of nothing!” That was what got me motivated. I cracked my entrance, got into a government medical college. The day the result was out, I went to my parents and said, “One day I’ll be your son you wanted. People will not know me as your daughter. They’ll know you as my parents.” And here I am, studying in medical college, in the process of turning into a doctor. Soon. :)

I decided to remove my anonymity coz I realize there’s no point to hide the scars. They are there to remind you that you survived!

A lot of people asked me whether I’ll look after my parents in future. I say, yes. Why won’t I? After all, they haven’t injured me in body, mind, reputation, property; I’m not going to run behind them with guns. Holding grudge defeats my whole point of being strong. I’d prefer going by the saying, be the love you never received. After all, this world will always sharpen us like a blade. Whether we use it to protect people or cause them harm, is always our choice.

My mother was apparently extremely disappointed that I was a quiet, book-reading band nerd in high school. She thought she would shame me out of it, I guess.

It was a driving game, played in the car. The object of the game was to find the nastiest, dirtiest, smelliest-looking hobo on the street and shout out,

“I bet that guy wouldn’t date Myra! She can’t even get that one to take her to prom.”

She’d start it and my brothers and sisters would eagerly look for disgusting men to point out that weren’t desperate enough to take me on a date.

This fun-filled game went on for all my high school years and was gleefully resumed when I visited from college. Which wasn’t often. 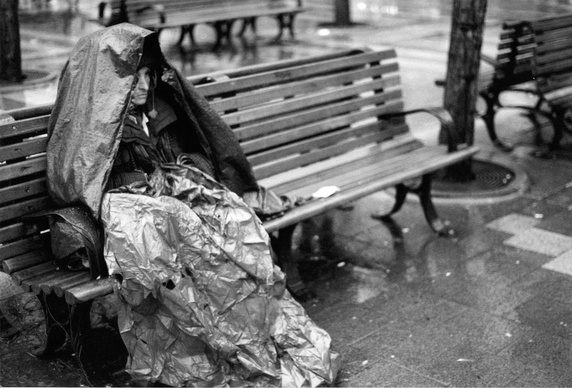 For extra fun, these gross-men hunts were often mixed with comments about why no one would ever date me, like my big fat ass.

“Kevin, get up early and eat your breakfast.”

“Kevin, please finish eating. We want to talk to you”

To my brother and sister. “You two stay here.” at the kitchen table.

“Kevin, come into your room.”

Sitting on the bed wondering what I was in trouble for.

“Adam was riding his bike and a car hit him. He died.”

Adam was my best friend since kindergarten.

“You don’t have to go to school if you don’t want to.”