What is something crazy that your neighbor has done?

Accused me of trying to murder her husband.

I answered the door, totally looking a fright. I was wearing flannel pyjamas, and had one of my 15-month-old twin sons clinging to my leg, and the other held in my arms. They were both grizzling because it was around 5:30pm, just on dusk of a winter’s evening. I was just about to bathe the kids and desperately hoping my husband would arrive home from work soon to help me through the dreaded “arsenic hour”.

Standing in front of me was my next-door neighbour Alice, a woman of around 60, who I’d had reasonably cordial relations with, and I greeted her with a smile and was about to say hello, when – without a word of greeting – she said:

I was startled. I was thinking about baths and dinner and when my husband would get home.

It was a Monday. Every Sunday night, we put our rubbish bins – also called “wheely bins” – out on the street, and our local council trucks come and empty them, then we bring them back onto our properties. 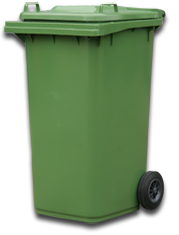 Apparently, Alice’s had a special sticker on it from her husband’s workplace, which is how she identified hers, and her bin was in our driveway.

[I didn’t yet know it, but I pieced together later what had happened. We’d forgotten to put our bin out the night before. My husband Mike heard the truck coming Monday morning, and because we live on a cul-de-sac, we missed the truck on the first run down the street, so Mike put our bin on the other side of the street to be collected on the return run, then he went off to work. Later, my Mum stopped by, and seeing an empty bin sitting between our house and Alice’s, which is where we usually put our bin, and our bin spot empty, she thought that it was our bin, and brought it in. It was Alice’s. An innocent mistake that began the whole BinGate debacle. Our empty bin was sitting across the street the whole time.]

“Well, that doesn’t really make things right, does it? Where’s your bin?”

“Why did you take our bin?”

“I have no idea. There’s obviously been some kind of mix-up. I didn’t bring it in. Has it been damaged? What’s the problem?”

“Well, Bill [her husband] isn’t a well man. He’s been beside himself all day, wondering where our bin is. He’s walked up and down the street looking for our bin, and he couldn’t find it. Eventually, not being able to find it, he felt compelled to steal somebody else’s bin! Now I’m worried that the Police are going to get involved, and I just don’t know how Bill would cope with prison. Do you know what men do to other men in prison?”

I stood there, jaw dropping, thinking I must be being punked, waiting for my friends to jump out and tell me that they’d put her up to this. I couldn’t muster a single word.

The kids are starting to grizzle, but I barely even notice.

I’m in the freaking Twilight Zone.

“I know you young people are all OK with this kind of carry-on and think it’s no big deal, but Bill’s of a different generation and I just don’t know how he’d adapt to prison life and sodomy and all that. Honestly, I think it’d kill him.”

Then she starts giving me the crazy eyes, and delivers the immortal line:

“WHY ARE YOU TRYING TO MURDER MY HUSBAND?”

At that point, I just wanted her gone.

And I closed the door.

And stood there, mouth working, but unable to form words, sure that it was some kind of elaborate joke.

Then I took the kids up for a bath.

One of my best dinner party stories ever.

Postscript: Bill did die a couple of years later. She didn’t seem terribly upset about it. The undertaker was at the house around 8am. By noon, the charity shop had been to collect all his clothes and other possessions. By mid-afternoon, a car broker had come to take away his car. By sunset, she and her daughters were drinking champagne on the verandah and there was no sign the guy had ever existed.

One time my neighbor stole my cat.

First, I asked for my cat back. She ran into my arms when this crazy woman opened the door. My neighbor then insisted that I was harassing HER cat, grabbed Marie out of my arms, and slammed the door in my face.

Naturally, I called the police and they came over. She argued with them for like 15 minutes, while I was showing them picture after picture of me and Marie I had on my phone. Finally, I showed them all the papers I had for her (vaccination records, her adoption forms, etc) and they said “Look lady, I don’t know why you’re still keeping this up, we know the cat isn’t yours, please just give her back so we don’t have to forcibly take her.” She told them to get a warrant and tried to shut the door, but the officer stopped her, then told me to go get my cat. I took one step inside, and Marie ran to me again and we walked out. She slammed the door while screaming at us, and the officers told me to call them again if anything happened.

I kept Marie inside until we were able to move about 2 months later. Every time she saw me in those two months, she would scream obscenities at me and would tell anyone near by about how I forcibly removed HER cat. Fortunately, no one believed her because apparently she had done this before…

Can’t blame her for wanting to steal this cutie pie though :) 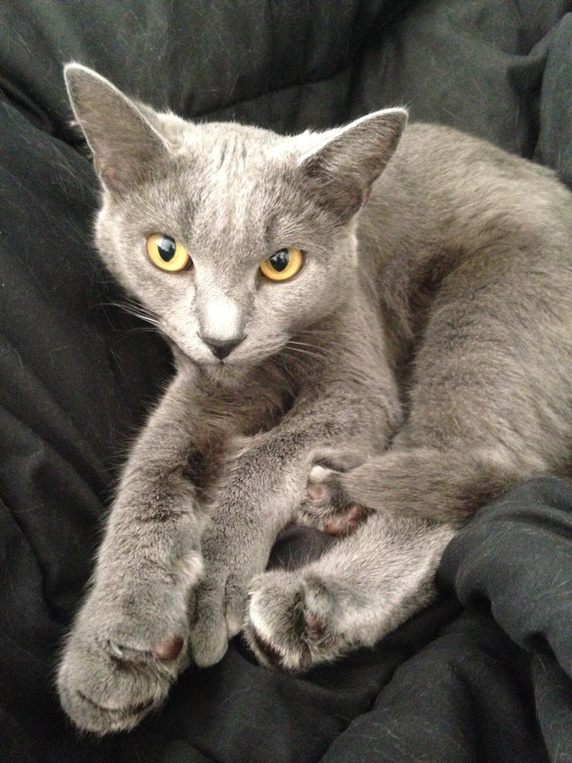 What are the disadvantages of being too nice to people?
Who Made the First Clone?
20 Photos Of America In The 1950’s Show How Different Life Was Before
16 People Who Covered Up Tattoos Of Their Exes After Things Went Wrong