What is the biggest scam you’ve ever seen?

My best friend is a very wise and intelligent person . . . usually. One day I was at her house and I was talking to her as she was piling clothes into the washing machine. At the end she threw in what looked like plastic ball kinda like this: When I asked about it, she said she saw it on an infomerical and this completely eliminates the need for laundry detergent. Apparently, these magical balls have ceramic beads inside that change the pH of your water so that dirt comes right out. Oh, and anti-bacterial properties to boot.

Uh huh. I could NOT believe she would fall for this but she swore that her clothes came out clean. “Of course they did — you washed them!” I said.

I just could NOT fathom how this plastic ball could do anything but no logic would intrude on her now-detergent-free-world.

Not too long ago, I was reading an article in the Wall Street Journal about the seismic shift that Tide had made in the laundry detergent industry with their pre-measured pods because people were using WAY, WAY, WAY too much of the liquid. Turns out, all you need is a teeny, tiny bit of detergent to do the job. An industry insider explained that it was shocking how much detergent people would use in a load as the formulas now are ultra concentrated but consumers were still pouring in as much as they were in the old days. You’d have to rinse your clothes five times just to get all the residue out, but of course, your washing machine only goes thru one rinse cycle.

He went on to say that he was surprised that no one had discovered the real secret: “Most of the time, you don’t need detergent at all. Just washing in plain water will get your clothes clean”.

Well, I guess the plastic washer ball inventor had their “a-ha!” moment. Knowing that people wouldn’t feel right about washing their clothes without something, they invented that “something” . . . a $1 plastic ball from China with some beads inside and a good story! These sell for $30, $40 and up, depending how good a story they can sell you on. They’re all over the internet and Amazon so people must be buying them. Yes, their clothes ARE getting clean, but the ball has nothing to do with it. Talk about the “placebo” effect!

I sure wish I’d thought of this scam… harmless, but lucrative!

Okay, it’s not exactly “the biggest”, but it certainly is “THE FUNNIEST”.

One day, one of the guys got an email that was clearly a scam. It was about a rich old lady (“Rosa de Rego” or something similar) that wanted to give him her money because she was dying. When he saw that, he had an idea: “What if I answer this email and say that I’m interested?”

So he did. He created to himself a fake name (“Fred Carton”) and told he was interested. What he said was so ridiculous. He said that he had been suffering all his life from elephantiasis and that he was becoming bigger everyday. Once, he even wrote: “I can’t read you anymore, my forehead is too big today, it’s getting in front of my eyes.”

He wrote love letters to Rosa. Ridiculous poems. And Rosa was like: “Wow, it’s amazing.” (lol) He then got an email from “Rosa’s accounting” (let’s say his name was Bob) who was asking for his PIN number, other personal informations and, of course, money.

He thought: “Shit, I can’t give him my personal information and money, but I don’t want it to stop right now.”

SO FRED CARTON FELL INTO A COMA. Then, another character was created, Fred Carton’s son (let’s say Richard). Richard wrote to Bob to tell him that he saw all his father’s emails and that he was interested by the money. So now, Bob was talking with Richard. And Richard couldn’t give the money, because he was poor, but he was selling all of his Tintin’s books, one by one, to get it and to give it (so ridiculous). Every time he “sold one”, he wrote an email to Bob.

I won’t tell everything, but in the end, the theater guy created four characters (including a nurse that fell in love with Bob and was supposed to met him). At a certain time, three of them were trying to get Rosa de Rego’s money. And Bob was telling to each one of them: “Yes, yes, you’ll be the only one getting the money.”

It lasted for months.

The scammer got scammed for months.

“Les Clowns noirs” then presented all the emails to the public. It was the funniest damn thing I had ever heard. 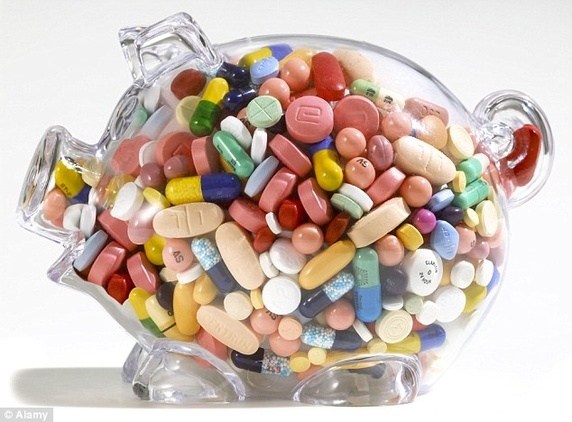 Many studies have shown over the years that multi-vitamins and just vitamins make no difference to your health as such and in some cases, they are even harmful. Still people keep on buying and popping them down their throats, expecting some sort of miracle.