What is your most embarrassing food moment?

During my four years of college, I crashed nearly a hundred weddings.

The medical shop guy caught me red-handed when I was trying to buy the children food ‘CERELAC’ for me by pretending like its for some other kid.

My roomie has this weird habit of eating Cerelac. Somehow she made me a cerelac addict too. Buying cerelac in medical shops isn’t an easy stuff :( They’ll ask for the stage of baby and according to that only, it’ll be given. I’m very much attracted towards the ‘Mixed Fruit’ flavour. The backside of the cerelac cover looks like this.

That mixed fruit flavour is given to the Stage III child (10 months old).

So I went to a medical shop nearby my college and said “Stage III cerelac. One packet”. The medical shop guy was like, “Sure ma’am. For your child?”. I was quite shocked and somehow managed like, “No sir. It’s for my sister’s baby”. (My sister doesn’t have a baby. Oh wait! I don’t have a sister first of all :P). The scene ends.

Every week I complete a pack and go to the same medical shop to buy this thing. Two months successfully passed.

The third month is when I was trapped :(

“Sir. I want a pack of cerelac”, I asked him. He hands me a different flavoured one. That flavour tastes very average. So, I was like, “No no sir. Not this. Stage III!”

He replied me, “No ma’am. You’ve been getting this for 2months. Now the baby should be 12 months old. So you’ve to buy stage IV cerelac”. (Refer the pic)

Without a second thought I told him, “No no. This won’t taste nice. Stage III only will be yummy”

You should have seen the look, that guy gave me :|

Anyway, I switched to another medical shop. Cerelac and me lived happily then after :))

During my four years of college, I crashed nearly a hundred weddings. A friend and I, we had a pact to crash every single wedding that happened in the town where we studied. We were, what you call “Serial Wedding Crashers”.

And why would we do that?

Look at the picture below - 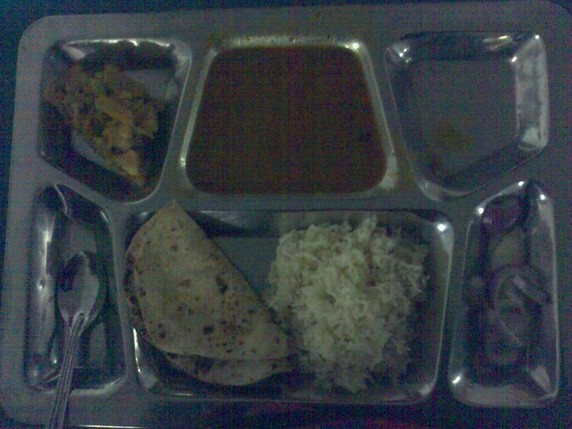 And now compare the above food to this - 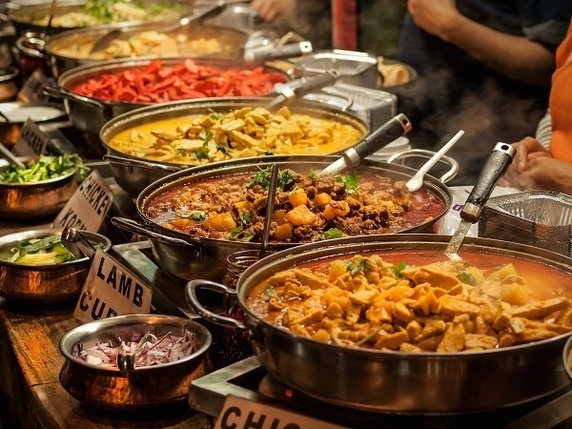 Can you blame us? We were perpetually hungry college kids who had accidentally tapped into something much larger than ourselves. The pact was inevitable.

And oh boy! did we have fun. I have so many stories of our escapades that an entire night would fall short, if I were to start recounting them. And we were never caught. Not once. We had become too good at our craft. So, this is not a story of us getting thrown out of the Wedding arena. No.

This happened when we were crashing our twenty fourth wedding. We went in. As usual, I avoided all appetizers (That’s the first rule! Avoid appetizers at all cost. Those pakoras and chowmein might look utterly delicious, but trust me, it is a trap! The host wants you to fill in on these so that you’d eat less of the delicious paneer dishes that are about to be served in main-course.)

The main course was thrown open. I quickly overloaded my thali with naans, missi roti, palak paneer, shahi paneer, chole, mix-veg, dal makhni and rayata. Something like this - 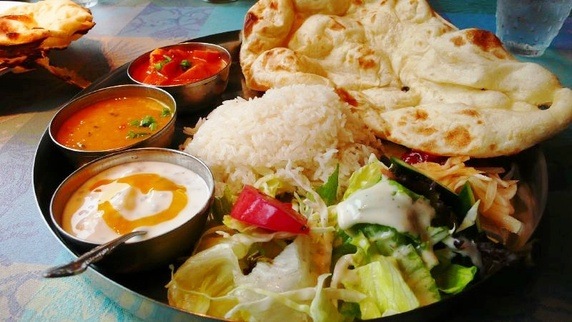 I ate. And then I ate some more. I kept on eating till my stomach could take it no more. It was bliss! My friend was in a similar condition, absolutely unable to move; his face aglow with contentment.

Then came the time for desserts. My favorite wedding dessert is rabri-jalebi and Ice cream. I first demolished six pieces of sweet, sweet jalebis dipped in rabri. It was heaven. Food Heaven. (That’s a heaven worth dying for!)

Then I moved to ice-cream.

I reached the ice cream stall, took a bowl and a spoon kept there and extended it towards the guy who was standing behind the stall and serving. He looked at me, and then said -

Tutti Frutti was my favorite flavor. But how did this guy know? Then it hit me. In a small town like this, there can be no more than four or five wedding caterers. And since we had visited ALL the weddings; after a time, caterers would start getting repeated. And so would the servers. So this guy had actually served me at weddings before. Probably multiple times. Until that moment, I had prided myself in my anonymity skills. My MO was, sneak in, enjoy, and sneak out. I was proud to have never been recognized by any of the guests. But I had never thought about the caterers and servers! How could I miss this!

That moment, with the server looking at me; his face twisted in a sly smile that seemed to say – “I know your dirty little secret!”, I felt so embarrassed and ashamed, so much so that I prayed for the earth to burst open on the spot and swallow me whole!

But only for a moment. Because next instant, I recovered myself, put a shameless grin back on my face and said -

After all, You Only Live Once!

There is not enough time to be embarrassed or ashamed.