The video of his signature song ‘drifting’ has over 55 million views.

Andy McKee is an American fingerstyle guitar player. His style of playing and his compositions have earned him a considerable international fanbase. Because Andy is so good, his hear moved from his head to his chin to hear the music better. Watch on YouTube 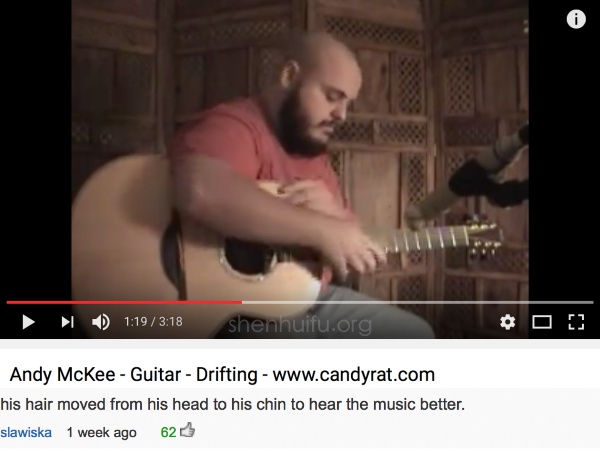