Have you ever fired someone? why?

Yes, I had the displeasure of terminating an employee early in my first career management experience.

I was 29 years old and promoted to manager of a small technical department with engineers and technicians (perhaps 10 total).

“Jerry” was a technician, very inquisitive, and often working outside the box – I liked him and felt he did a good job for the company.

But his “outside the box” activities included criticizing corporate policies, from pay scales to benefits and many others, often writing letters to the CEO.

One day, I was called to the VP,Technology office (my boss) and was told flat out to “get rid” of Jerry. Apparently Jerry’s complaints were getting a lot of attention and management did not know how to respond; so I was told to fire him

I consulted with HR who told me that as his manager, it was my responsibility to do this job that I did not look forward to…

As the days passed, I was getting more pressure from above, so like a good newly appointed manager, I called Jerry into my office and terminated him, telling him exactly what I was told to do, no fake made up excuses. I decided to let the chips fall where they may, if Jerry decided to take some legal action. 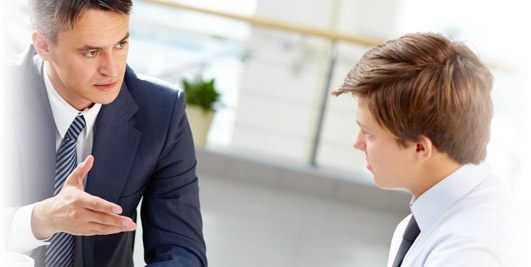 Jerry left, quite depressed and never worked again. Within a year, this 26 year old man had died due to OD on alcohol. I was a devastated and have held this story inside until today, nearly 40 years later.

I really liked Jerry and didn’t feel this was handled correctly by any of us, and had I been stronger to help him, things might have turned out different.

Jerry was a loner, sort of geeky (I liked that), not many friends or family and likely no one remembers him.

I am writing this as a tribute to Jerry and his cocky, inquisitive attitude.

Dozens. Hundreds, I’d bet. I was an HR manager for a number of companies and it was my unfortunate task to terminate a lot of people. The bulk of those terminations were:

1. Reduction in force — usually at the end of the Christmas holiday season and/or a downturn at a store that required letting people go. This easily puts the numbers into the hundreds. The post-Christmas one was easy. The reduction in force that came about randomly (at a store I worked at) was painful.

2. Attendance — this was was actually a joy for me. Yes, a joy. As a manager, you learn to appreciate reliability and while many terminations are agonizing, especially if the person is caught up in circumstances you cannot totally blame them for, attendance was either painless or a total joy. Literally, I’d have to contain the smirk when I’d finally be able to tell Moron #85 who called off all the time, “Well, you see, Tony, I’m sure you know what’s about to happen …” they always did.

3. Performance — this was usually not unpleasant, but sometimes was horrible. Most of the time, it was a relief. People who are struggling don’t realize they’re being done a favor. If you suck at your job, you’re miserable anyway (I’ve yet to see a horrible employee who is thrilled with the job). By terming them, you’re moving them to the door and on to something better in life. It also was almost always the worst experience because, inevitably, there would be that rare employee who tried very, very hard and just didn’t make it.

This was always a tough one to explain because we’ve all been polluted by high school and parents who tell us to “just try, that’s all we can ask.” A job pays you to do a job, not try. If Person 1 can put zero effort in and get the job done, they keep their job. If Person 2 works their ass off and still doesn’t get the job done, they get fired. Companies are for-profit businesses, not charities and people are paid to do a job.

The thing that made it horrifying is when someone was in a situation where you knew their entire life depended on making money and providing for a family. Performance terminations don’t creep up out of nowhere. At least when I gave them, an employee was frequently given 9 months to improve (with two separate performance counselings). When I was in HR —having been terminated for a performance counseling that was used specifically to get rid of me— I always took it as a personal charge to really invest time in working with the employee. Most of the time they made it, sometimes they didn’t. That was painful when they were supporting a family.

4. Insubordination/Attitude — this is an incredibly rare reason to terminate an employee, but they exist. Why? Because insubordinate and negative people tend to do a sucky job. It’s easier to counsel and terminate an employee for performance than the fuzzy world of insubordination and poor attitude. Still, I had an employee tell me that she wouldn’t do some task that fell within her purview. When called back into the office, she said (in front of me and a witness) that she refused. She was sent home and the next time she came in, she lost her (supervisor) job.

5. Workplace violence — Not an issue. Never cared about these people and sending violent people home is always a joy.

6. Harassment — This was THE worst situation I’ve ever dealt with. A supervisor I adored had used his access to employee information to send inappropriate text messages to a female coworker. He was like the damned Trinity Killer (no murder): the most pleasant man to your face, but as it would turn out, a stark raving lunatic to subordinate women. I was so angry and so stunned. Well, he just had to be let go.

7. Theft — this was also lots of fun. My favorite situation was honing in on a woman who was stealing money from the till at Walmart. There was a whole investigation and a camera pointing at her register. We caught her slipping $100 notes in her pocket RIGHT ON CAMERA. The police were waiting for her and everything.