What is the weirdest thing you’ve found when Googling your own full name?

No, seriously! Remember that scene in Cool Hand Luke, where the prisoner hops in a truck while on work duty and drives off? 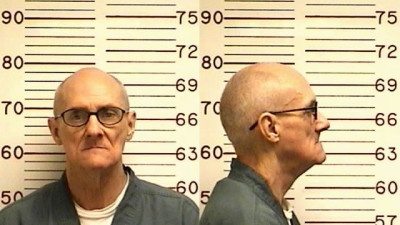 That’s what the other Douglas Beagley did: [Douglas Beagley] escaped from Trinidad Correctional Facility while driving dump truck

There used to be three Douglas Beagleys in America.

One was another “Douglas K. Beagley”, who lived on the west coast. I found his name on the Internet back in the late 90s and called him up. We chatted for a while. Nice guy. I think he may have also been in his late 90s. I found his obituary (I think) a while back.

More recently, I learned in 2015 that I had escaped from prison.

I don’t think I will call this other Douglas Beagley up. No offense to hard-working parolees who have served their time, but that guy terrifies me. The picture is haunting. Does he have show tunes stuck in his head? Does he have a ridiculous fascination with graph paper? I don’t want to know.

A mysterious neighbour had apparently skulked outside my bedroom window and filmed an unbelievably boring 6-minute Warhol style video of an exhaust fan purported to be mine.

Her obsession had been building for a while.

A few months earlier I had received a noise complaint letter from the council about a noisy fan. I searched high and low, but couldn’t find this mysterious fan. A few weeks later I received another notice. I called the council. It was out of their hands. Then I was threatened with a $1600 fine. Finally I convinced the council to send an environmental expert and electrician over. They located the mysterious fan on ANOTHER property and dismantled it. The electrician giggled and said it was functioning perfectly well.

For some reason this didn’t dissuade my neighbour. She was fixated. Somehow she learnt my name. Then she filmed the now stationary fan and uploaded the video to youtube.

I never learnt her name because she could have lived in any one of the surrounding apartments. Clearly she’s a special one.

In 2006, I uploaded a video on Youtube and Dailymotion in which I played a fairly difficult guitar track. Impressed with myself (please bear with me, that was a while ago), I put 16yo in the tags.

I found people stealing my work. The oddest was when someone took an article I wrote, rewrote it to use British spelling of certain words, quoted me in my own article, as if they had interviewed me, but failed to give me credit for writing it.

15 Screenshots Of People Who Need To Be Blocked And Reported ASAP
20+ Of The Funniest Mom Tweets Ever
Are Pensioners Better off Than People of Working Age?
What Are People from Las Vegas Called?