A number of habits I picked up while living in India

Here are a number of habits I picked up while living in India:

1. I take my shoes off whenever I enter my house or someone else’s house. I find this to be a wonderful habit. Not only because of cleanliness—who knows what I might have stepped on in the street—but also because it feels right. Some people find this strange, “You don’t have to take your shoes off!” but I do it anyway.

2. I do this almost exclusively with my significant other and kids, but I say things like appadiya? or acchaa? when they say something interesting to me. Or sari or thiik hai. Or I say aiaiyooo! when something unfortunate happens.

3. I wobble my head quite naturally while listening to others. Sometimes I do this at other people and they find it somewhat strange. It took me years to be able to [somehow] do this. Indians do it so naturally and gracefully—I love the movement and I suppose I adopted it along the way.

4. Sometimes I drink water from a bottle by raising it above my mouth and letting the liquid arc down into my mouth.

5. I eat with my hands. I do this almost only at home (unless I’m in an Indian restaurant, even if it’s in Europe or the US). There’s a certain communion with the food, a feeling of its warmth and texture the makes it more enjoyable, that makes the partaking of sustenance more intimate.

6. Okay. Speaking of intimate. I sit in the “Indian” fashion no matter where I am. Yes, even if it’s a Western-style toilet. Even if it’s in the US or Europe. I also secretly wish that the whole world adopted the “hygiene faucet” but alas, they are not ready yet… Toilet paper has everyone in its soft, papery grip…

7. I try to have things fixed. Jugaad, anybody? India has taught me that many times, when we believe something must be replaced, it can be fixed.

8. I can “adjust”. It’s okay if the subway is packed. It’s alright if there’s an unusual power cut. It’s fine if I have to wait for something that should work. India has taught me to “adjust”. I don’t always remember, and I do find myself complaining at times, but, after years of living there, the ability is inside of me. 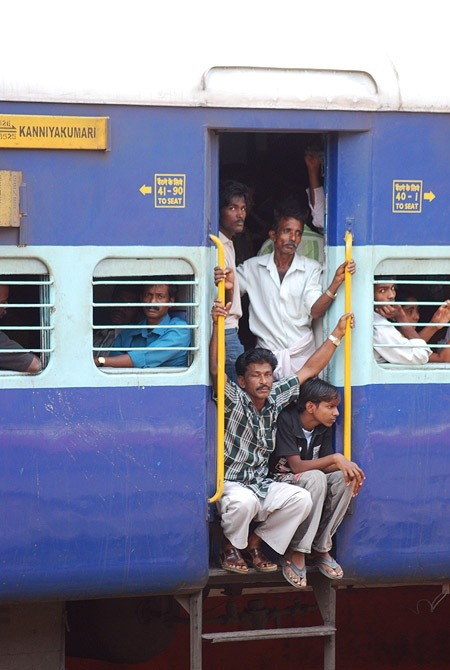 9. I learned Hindi and Tamil when I was in India. I use them when I can, although this doesn’t happen often. The other day I was at the cinema, and there was a Tamil family there. My kid walked over to them, and after a while, I said, Ninga Tamizhaa? and they looked at me like… like a non-Indian just spoke to them in Tamil in a cinema outside of India… Yenna uru? I continued, and we had a short conversation. They were from Coimbatore. Several days later I was chatting with a Paksitani waiter in Hindi. He had the hugest smile, and I made sure to use more Urdu-derived vocabulary, rather than Sanskrit-derived words (waqt instead of samay, etc). I don’t get many opportunities to do this, but when I do, I relish them…

10. Spirituality. The Bhagavad Gita. The Vedas. The Upanishads. There is a special spiritual current that flows through them, and it accompanies me wherever I go. I don’t consider myself religious in the traditional sense, but I recognize timeless wisdom when I see it, and I reread these ancient texts, these unfathomable pearls, every once in a while, gaining more with every reading. Those sages, seers and saints were in touch with something. Something that, in my opinion, transcends both organized religion and atheism. I’m grateful to have discovered their timeless truths, and they have helped me in the course of my life.

11. I know what heat is. I’ve spent several summers in Tamil Nadu, some of them without air-conditioning. When people in Europe or other places complain about the heat, I laugh inside. “This is not heat,” I think. Instead I smile, and say, “Yeah, pretty hot,” in a sympathetic tone of voice, while thinking about a sun blazing so hot that it can melt sidewalks, about maddeningly-itchy prickly heat.

India is a part of me. I love India and sometimes I ask myself why I’m not there. I will be back though, and when I do I know I’ll feel at home right away…

24 Rare Photos That Prove This World Is Full of Wonders
16 Ex Text Responses That Are As Legendary As They Are Savage
What Was Uranus Originally Named?
Project X available for illegal download