What’s the creepiest thing your pet has ever done?

I had a pet bird— her name was Lucy. 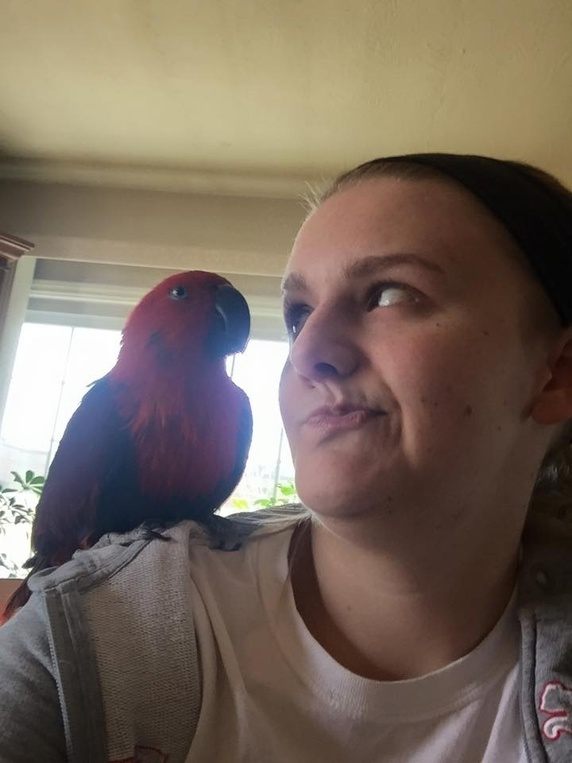 I’ve written this story before, but it’s so appropriate.

Lucy was 23 when we adopted her. She’d spent the past 19 years at a vet’s office after her first owner died.

She was an asshole.

She was brilliant at mimicry— I would often come running into the room to check on my whining puppy or meowing cat just to find Lucy sitting there with her smug little bird face.

And so it went.

Like I said, 19 years at a vet’s office meant she was good at animal sounds. She could whistle and purr and growl and bark. Her barking sounded just like a terrier— it was impressive.

She could talk. Not much, but she could.

If you’ve ever seen The Shining, her voice sounded just like the kid’s “redrum” voice— gravelly and weird and unnerving.

Lucy would only talk when no one was in the room.

At night, she would wait until the lights were off, then she’d start, quietly at first but growing louder:

In that creepy redrum voice.

The first time it happened, my mom came sprinting into the room and flicking on all the lights.

And so it went.

It was terrifying the first few times.

After awhile, it was:

What a bird. We ended up adopting her out to a local animal enthusiast, but our time with her was something else.

I noticed that one of my friends stopped coming to my house as he used to do. He stopped talking to me gradually and he started treating me in a very different way.

At first, I thought that maybe he had a problem in his family and so I confronted him. He said it is because of what you did the other day. I was shocked! I didn’t do anything!

It appeared that the pet parrot my brother bought few days ago said that. I took my friend to our house and we knocked the door. Thankfully, the parrot said these words again.

I don’t know who taught him these words, but it could’ve costed me my friend.

About 20 years ago I had a cat who sometimes used to stare at random points in the air for several minutes. That seems normal as others here reported the same thing and the second cat I’ve had used to do that although more rarely.

I don’t believe in the supernatural but that was creepy.

How Much Would You Weigh on Other Planets?
22 Uncomfortable Photos That Can Make Your Eye Twitch
20+ Crazy Food Secrets That Will Make You Say “Whoa”
What Are Things Everyone Does But No One Admits To Doing?