What is the most ridiculous thing you have heard a teacher say?

Nursery school (around of the time of the first moon landings)

Kid: The moon is a star.

Me: Nuh uh! My dad bought me a book about the solar system. The moon is like a little planet that goes round the Earth.

Me: Let’s ask the teacher. Teacher, the moon kind of like a little planet, right?

Me: Are you sure?

Teacher: Yes. The moon and the sun are both stars.

Mrs. Key: the most important skill you can have in life is spelling. If you don’t know how to spell, you’ll never be successful.

I’d just read about Zeno’s Paradox for the first time, and it blew my mind. The only person I could think to talk to about it was my math teacher, Mrs. Wilsey, so I waited until class was over and ran up to her desk. I suspect she wanted to leave for her cigarette break.

Had this conversation turned out differently, I might now be a mathematician. This interaction pretty much destroyed that possibility:

Me: Mrs. Wilsey! Mrs. Wilsey! Guess what I just read? Okay… see: If I’m trying to cross the room, I have to go halfway across first. But before I can get that far, I have to walk a fourth of the way. And before I can do that, I have to walk an eighth of the way! And that goes on forever! You can never go anywhere, because you always have to go halfway first… and then halfway of that … and then halfway of that… all the way to infinity! But, look, I can walk across the room. See! It’s a paradox, and …

Mrs. Wilsey: Get the hell out of my classroom!

Mr. Mollet: I heard you complained about my tests. Why did you do that? What’s the problem with them?

Me: Well … it’s just that … all the questions are about trivia … minor facts … like “What color are the eyes on the statue of Isis?”

Mr. Mollet: For your information, that’s what we’re studying in this class. “Facts.” As in art-ti-facts.

Me: Mrs. Ryser, I don’t understand why you gave me a C on my short story. You didn’t write notes or anything.

Mrs. Ryser: Your main character dies in the end.

Me: Why is that bad?

Mrs. Ryser: Because we’re optimists in this class!

My mother got called in to speak with her daughter’s (my older sister’s) teacher. The teacher informed my mother that she was considering holding Jannell back in kindergarten. This was surprising in that Jannell seemed to be doing very well in school.

Quietly, she asked, “Why would you retain Jannell? Has she not been completing the coursework?”

The teacher replied, “No, she’s doing okay, but she can’t use scissors very well. Have you been working on that at home?”

Abashedly, my mother replied, “No, we don’t spend a lot of time with scissors. I try to read with her if I have extra time. She enjoys reading. Is she reading at grade level?”

Jannell was playing at the classroom’s play kitchen. My mother told her to go pick up a book off of the teacher’s desk. It was a heavy textbook that the teacher was using for a Master’s class she was taking. Obligingly, Jannell grabbed it. My mother opened it to a random page and asked Jannell to read from the text.

She read it flawlessly.

Politely, my mother asked her to return the book to the teacher’s desk. Jannell did so and continued playing.

Calmly, she told the teacher, “I am sure Jannell will continue on to first grade, but we will spend time working on her cutting skills.”

The teacher said nothing. Jannell did advance to first grade despite her sub-par scissors-using abilities.

My mother became a kindergarten teacher herself after this (and never judged a child’s academic worth based on his/her ability to use scissors). Jannell is, admittedly, still a terrible cutter. This has impacted her life only in that she puts all Christmas presents in bags instead of wrapping them traditionally. She too is a teacher (high school English). 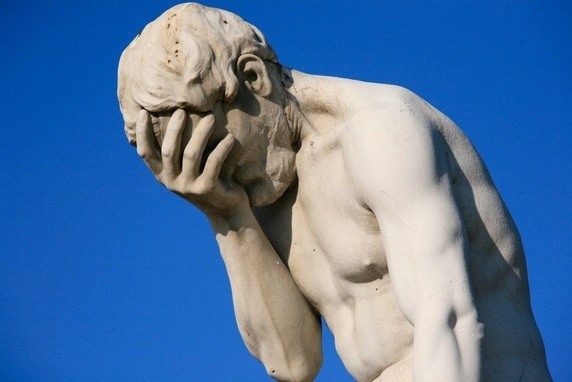 The teacher, Miss Singley, is singing the praises of Henry David Thoreau, who she was probably old enough to have known in school. At some point, she said, “Another interesting antidote about Thoreau is….”

I do not remember the anecdote. I do remember her misuse of the word antidote. Being an idiot, I raised my hand and said, “I think you mean ‘anecdote’.”

She fixed me with her cold, lizard-like eyes and said, frostily, “Antidote is an alternate pronunciation of anecdote.” And continued on with her story.

Now, I have an eidetic memory for words, pronunciations, spellings, and definitions. “Antidote” is not an alternate anything for “anecdote”. They’re two completely different words.

The intelligent child would have left it at that and not mentioned it again. As I say, I was an idiot. I went home that night and looked up the definitions for both words. Wrote them up nicely in a paper. Presented them to Miss Singley the next day.

She never gave me better than a B+ in English for the rest of my high school career. Bitch carried a grudge.

How to touch wall with an apple?
Coca Cola “Share A Coke” Campaign
18 Of The Best Cat Posts From This Week
What is the Easiest Country to Get a Gun?