Two Steps From Hell – Protectors of the Earth

Some songs can not be played too loud.

Some songs can’t be played too loud. This commentator’s neighbours called the police because he was playing this song too loud and they got arrested. Watch on YouTube 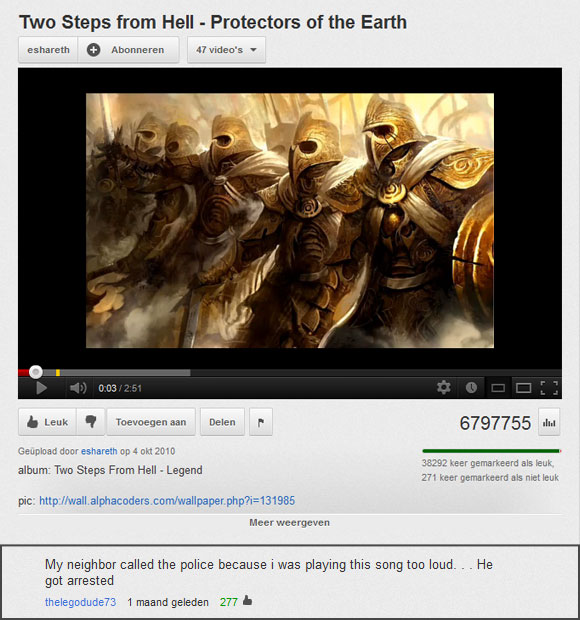