20+ Of The Funniest Mom Tweets Ever

Being a mother requires a lot of patience.

44. My 3 year-old is tumbling off furniture and holding a lollipop-like she’s training to fall down at a frat party without dropping her beer. @mcarisa

46. Hospitals should really send a nurse home with new moms, just to help out, not forever but maybe for the first 18 years or so. @LurkAtHomeMom

47. When a mom brings her kids to my house for a play date & announces she’s brought glitter for a craft project @ValeeGrrl 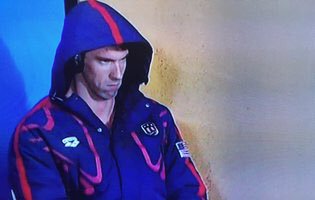 48.
9: Mom, why are all those girls standing on their tiptoes?
Me: Because they’re ballet dancers
9: Why didn’t they just get taller girls? @Book_Krazy

49. Kids: Because having money, sanity, hair and personal space is overrated. @BlackCatBettie

50. Whenever my teen cleans his room, I get a brand new set of dishes. @MomOfTeen

52. Don’t be so hard on yourself. The mom in E.T. had an alien life form living in her house for days and she never even noticed. @BPMbadassmama

53. “You look fancy,” my 3-year-old tells me when I put on pants with a button. @amydillon

54.
When you’re a parent, sometimes you get to take mini-vacations.
These are also known as trips to the bathroom without your child knowing. @sarcasticmommy4

55. Every time I’ve clapped at a school play it’s been a lie. @bourgeoisalien

57. Your child’s favorite toy is whichever one they just lost. @mommy_cusses

58.
[Puts kids to bed, pours glass of wine, settles in on the couch and turns on TV]
“Ahhh. Finally I get to watch Peppa Pig in peace..” @_NikkaBee

59. Parenting is fun if you’re into things like cooking for people who aren’t hungry. @LurkAtHomeMom

61. When your child and your dog disappear upstairs for an hour, you should totally be suspicious. @KateOfHysteria 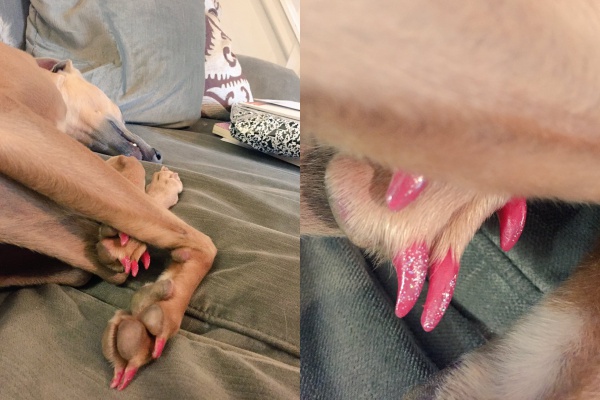 62. I put my symptoms into WebMD & it turns out I just have kids. @sarcasticmommy4

63. My 4 year old spilled water on his bathing suit, so he can’t go in the pool until he changes and this is why vodka is a thing. @LurkAtHomeMom

Get dressed
Brush teeth
Get in the car

What my kids hear:

65. When you have kids, “sleeping in” is just lying in bed trying to figure out what that crash was. @amydillon

66. As the parent of a 5yo boy, I can name all the dinosaurs and none of my coworkers. @PinkCamoTO

68.
Every time a child goes back to school, an angel gets its wings.
And by angel, I mean an exhausted mother and by wings I mean a mimosa. @martinisandmini

69.
Being a parent is kind of like being a taxi driver.
Except you don’t get paid & all of your customers complain that they’re thirsty. @sarcasticmommy4

70. “everything you’re doing as a parent is wrong” the new parenting book by everyone on the internet @bourgeoisalien

71. When I see how my boys have loaded the dishwasher I think, “Maybe their father is my cousin.” @3sunzzz

72.
“My hair’s not messy. It’s on an adventure.”
- My 9-year-old daughter, officially kicking off her career as my spiritual advisor. @LetMeStart

73. The 3yo insisted on helping me put all the laundry away. It’s only taken us 6 hours & 10 minutes & apparently pants go in the fridge now.

74. It’s a serious Lego project when the 1st thing my 5yo does is take off his shirt and gets me a beer from the fridge. @nicfit75

75. If you Google “delusional optimism” you’ll see a picture of a mom standing in a newly organized playroom. @LurkAtHomeMom

76. What’s it called when you’re anxious enough to be a Helicopter Mom, but really, really lazy? A Blimp Mom? Yeah, I’m that. @HousewifeOfHell

78.
Her: All our children’s snacks are organic.
Me: Cool. My kid eats candy off the floor. @PinkCamoTO

79. “I’m the boss,” I whisper as I fill a bowl of water for my kid’s stuffed dog, and then comply with the fake dog’s request for ice. @ashleyaustrew

80. Parenting means sometimes you ask your child what they’re eating and they pull an entire multi-strand beaded necklace out of their mouth. @KateWhineHall

81. Ah, hello empty bowl in the fridge. And salutations to you, empty milk container. Greetings empty bread sack. I see my teens have been here. @MomOfTeen

82. I’m just a girl. Standing in front of a coffee mug. Hoping to drink it before it’s cold. @yenniwhite

83. Parenting Level: Approving my kids’ friends based on which parents I think would drink wine with me during playdates. @maughammom

84.
New plan. Instead of exercising & eating better, I’m just going to tell everybody I’m 4 months pregnant.
For the rest of my life. @Jenn_H_Scott

85. Playing mini-golf with your family is a fun way to spend thirty-two dollars to watch your kid throw 18 tantrums in a row. @KateWhineHall

86. Before I had kids, I didn’t even know it was possible to destroy an entire house with a granola bar. @LurkAtHomeMom

What Is The Dark Side Of Living In South Korea?
22 Jokes You’ll Only Get If You Love Food More Than People
30 Hilarious Picture Tweets That Every Woman Will Relate To
In An Interview, How To Answer "What Is Your Desired Salary?" ?