I have two examples.

I don’t care how politically incorrect or “self-esteem killing” this statement is. Kids can be fabulously, all-trustingly stupid. I was. No, really. I was.

I’m from Texas and my dad’s parents lived on their own ranch. I forget how big. Not huge as they/we weren’t rich. Granny and Grandaddy owned a yellow mutt of a dog. He looked like this: 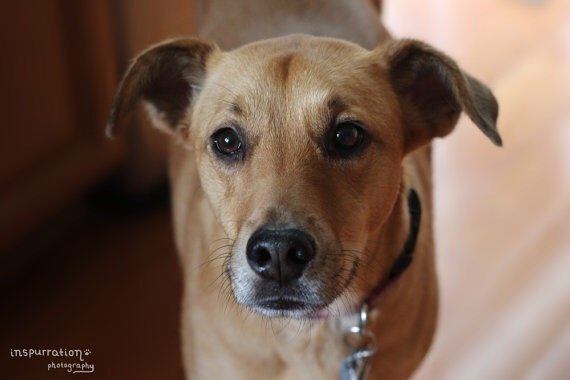 Generic, short-haired, floppy-eared, medium-sized dog. He was real sweet and kid-friendly, too. A great dog.

My brother is 6 years older than me and this dog was already an adult when my brother was old enough to play with him without supervision. He grew up on weekends with that dog.

What was the dog’s name? When I was old enough to play with the dog, my brother introduced him to me as BC.

Every weekend I was there, I’d play with BC. And after a few years, I noticed BC looked slightly different one day. He was slightly smaller and his colour was a bit browner. Dog fur doesn’t tan and they don’t shrink, but I loved good ol’ BC.

It wasn’t until my late teens that I learned something. There was no BC. There were BCs, emphasis on that ‘s’. Y’see, death is sad and farm dogs allowed to roam like fools where coyotes and foxes also roam, or annoyed neighbours who are sick and tired of that damned dog chasing their sheep or killing a chicken accidentally through rough play, back then (70s), didn’t live all that long. I unknowingly witnessed three BCs.

BC got out into the road and got squished by a truck? Just go get another squat, floppy, yellow dog so the grandkids don’t cry. These are very generic dogs, easy to find in animal shelters or loose farm dogs making litters of generic yellow puppies.

BC got tore up by a coyote? Get another one. Ran off and never came back? Another one.

So one day, I’m talking to my dad’s older brother, my Uncle Bill, and asked him, “Uncle Bill, how long has granny had BC?” Grandaddy had long since passed on to the great recliner chair in the sky already. Uncle Bill answered, “BC? This is their third one.”

“Yeah. They didn’t wanna upset you kids so they’d just get another one if the original BC died and name that one BC, too.”

I was shocked, honestly, and realized this dog barely knew me from its own butthole. Good thing BCs turned out to be friendly and patient dogs. We were on number three, after all.

Then I asked Uncle Bill does BC stand for anything, and if so, what was it? He answered, “Beer Can.” 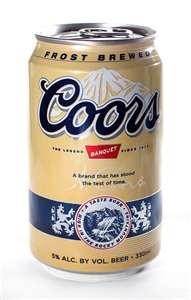 I guess I can see the resemblance. *confusd googly eyes* 9_6

I don’t rightly know how many BCs they had before Granny, then Uncle Bill passed, too, as the last owner of BC. I loved them all equally anyway. :)

The other story is short’n’sweet.

I was dating a nice boy back in high school named Quintin. He lived with his older brother and brother’s girlfriend, Marcus and IDon’tRemember.

I came over to Quintin’s place for the first time and this big, spider-legged sweetie slobbered and nuzzled all over me.

The dog went nuts! Jumped, drooled, barked, near shoved me down with happiness and excitement. What the heck?

Marcus replied back, “Hello.” in a friendly tone. Dog turned towards Marcus and went nuts again.

Quintin’s eyes sparkled and he also greeted me, though animatedly. “Hello!!’” 8^D Dog lost it at Quintin.

They thought they were hilarious people, and you probably guessed by now. They named the dog Hello.

And there was only ever one of him, to my knowledge. ;D 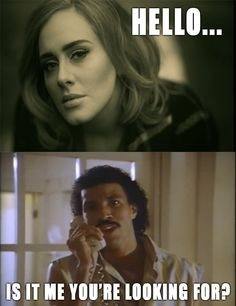 As a child, my husband had a cat. They named him… “Cat.” Creative, huh?

Then they got another cat, who was just a tiny adorable kitten. To prevent confusion, this one was called Little Cat—and Cat was renamed to Big Cat.

Fortunately, he did not have sole decision making power on our children’s names, or we probably would have wound up with “Baby”, followed by “Little Baby”. It’d be such a pain to rename the older child, and plus “Baby” is really not in vogue anymore. 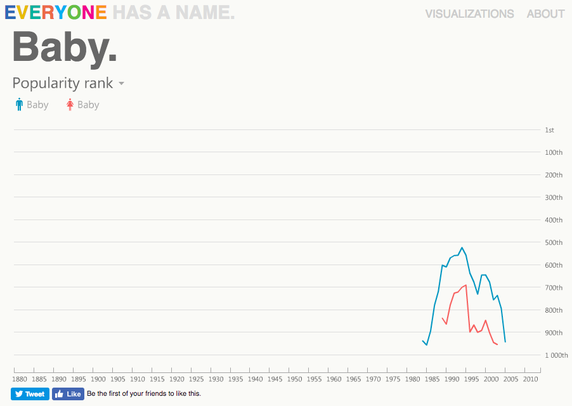 A friend of mine had a beautiful white American Bulldog that looked similar to this; 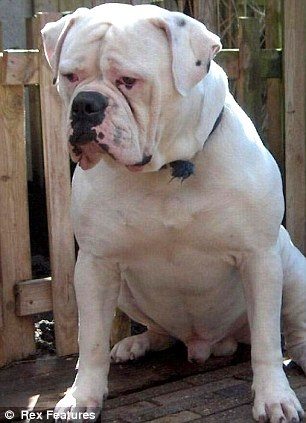 He was absolutely gorgeous, pedigree example of the breed. His name was George and he was my friends pride and joy, literally the love of his life. My friends brother was breeding his APBT at the time and asked said friend if he wanted one to keep George company. Now George was getting on, he was slowly going blind and deaf, he had arthritis in his back legs and wasn’t himself any more. My friend decided to have a pup for the time being to keep George company in last few months whilst he was at work. He didn’t want to get attached to the dog, as losing George was difficult enough and he didn’t intend on keeping the pup.

So the name he gave the pup?

Yes. He named the dog, Dog. Little did he realise at the time he would grow attached and keep the pup.

He’s now nearly 3 and unfortunately for him, Dog wouldn’t respond to being taught a different name and thus his dog is named Dog. Every day we go out walking and at least 3 times a week someone will stop and have the usual ‘dog walkers’ chat;

Dog walker “What a beautiful dog, what breed? What’s his name?”

It’s always an awkward conversation. So to avoid such conversations, don’t call your dog Dog.. It’s not a good name.