18 Tweets About How America Has Out-Brexited Brexit

1. You Brits thought you could make the most embarrassing political decision of the year. Boy, did we show you. @glcarlstrom

2. Watching in the UK it feels just like Brexit night all over again except with nuclear codes instead of Marmite price rises @BenHatch

3.
BRITAIN: Brexit is the stupidest, most self-destructive act a country could undertake.
USA: Hold my beer. @bpedaci

4. Typical America. We do Brexit and they have to go bigger. @RobbieKnox

6.
BRITAIN: “Hey, America, watch this!”
*BRITAIN SETS ITSELF ON FIRE*
USA: “Cool. Can I borrow your lighter?” @greg_jenner

9.
Remember when UK was Googling “what is brexit” AFTER voting for it?
America tomorrow: @ronaldrios

10. Post Brexit, no one thought it’d be possible to out-stupid Britain. But you know America. Never one to back down from a challenge! @MissaMHx

11.
Remember after Brexit when people said “I voted for leave because I never thought it would actually happen”
DID YOU LEARN NOTHING AMERICA @rachelmaerita

12.
US: Seriously dude, don’t vote for Brexit
UK: Opps, my bad. Don’t vote for Trump though alright?
US: Say no more. @GiggukAZ

13. Can all of us in blue states brexit ourself from America till 4 years has passed? @DILLONFRANCIS

14. It’s LITERALLY Brexit 2.0, the older generation ruining a country for the youth. @TPG_Tatl 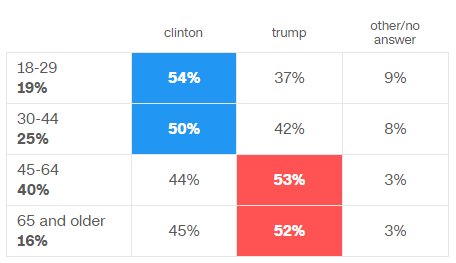 16. You just knew Nigel Farage would be Britain’s most valuable foreign policy asset by the end of 2016, didn’t you? @aljwhite

17.
Dear United Kingdom,
We are sorry for making fun of you for Brexit.
Sincerely, America. @FailGOP

18. The problem with the American remake of Brexit Night is that they always have to up the stakes and make the characters more broad. @mikeBithell

18 Hilarious Tweets For Anyone Who’s Fed Up With Liquid Eyeliner
Things To Learn in 10 Minutes That Will Change Your Life
Robert Downey Jr. & Chris Hemsworth Talk ‘The Avengers’
What’s Classy If You’re Rich, But Trashy If You’re Poor?