A Discussion Between A Creationist And An Atheist

This video is a discussion between a creationist and an atheist.

An interview that really indicates what the rational are up against with creationists. And this commentator has an epic comment for us: if Adam and Eve were the first people on Earth 6000 years ago and no-one has evolved ever since, which of the two was black, which was white and which was asian? Watch on YouTube 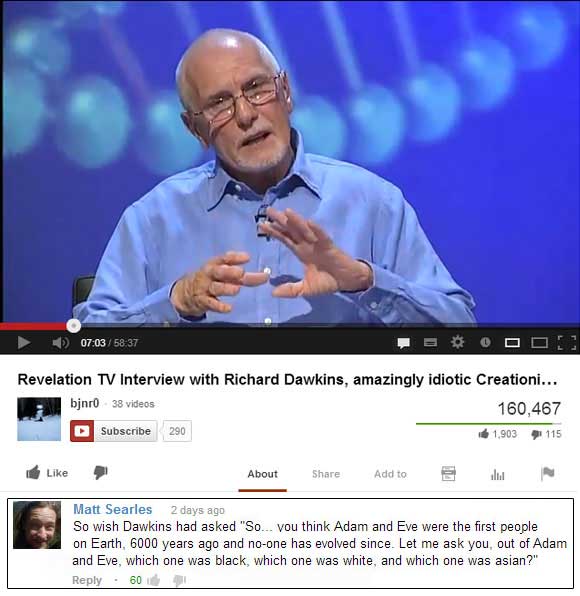