What does it feel like to go from being wealthy to being poor?

The global financial crisis destroyed me in 2008. The years immediately after were some of the worst years of my life. I lost everything; or at least I thought I did. 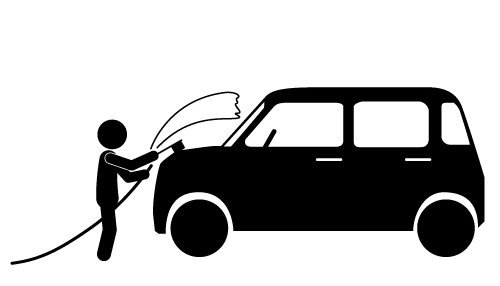 As it turns out, I didn’t lose much at all (assuming you don’t count approximately $3 million in real estate equity and a couple of hundred thousand dollars in cash, as “much”).

I was in Vegas when Lehman Brothers folded… It was my birthday … and it was the first time I’d ever lost big there. I should have known something wicked was coming, but I didn’t. So when my consulting contract didn’t get renewed, I didn’t panic. I kept doing business as usual. When my tenants defaulted on rent, I kept paying mortgages. A year later, I still had $50,000 plus in the bank … enough of a cushion.

I suppose at this time I should make you aware that I was not exactly a low-profile person. I was (and am) in luxury goods and hospitality, and I consulted with companies catering to high-net worth individuals. I helped them design sales and business strategies to keep their clients happy in the short and long term. Needless to say, the luxury sector was massacred, and is still clawing its way out of the muck and mire, at least in the United States.

So, with enough money to float for six to ten months, I kept looking for work in my field.

And looking, and looking … nothing.

Any kind of business consulting … nothing (six more months go by).

Any kind of sales … nothing (six more months … this was where it got scary).

Bear in mind that up until this point, I had never even gone a month without a job since I was 12 years old.

My confidence was shot – I mean decimated. I was a shell of the man I had been only two years previously.

I had the stink of failure all over me.

A friend of mine owned a couple of car-washes. He offered me a job. It was outside work, taking orders when people drove in to the wash. “Would you like the undercarriage done?”

It was winter in Colorado

I was sharing a huge house at the time with my best buddy and his new girlfriend, who became his fiancé, and we were ALL broke. It was brutal. I don’t think I would have made it without them. I was depressed and miserable. I’m lucky they didn’t bury me in a snow bank and leave me there. I’m sure there were times they wanted to.

It was because of my father.

Almost every good father has a catch phrase that he uses to motivate his sons to do better than he did. Typically, it’s the threat of being stuck doing any minimum-wage job that no teenager from the Gekko era would ever aspire to. For some reason, the example that my father chose was “car wash”. We’d go through Towne Auto Wash after Little League and he’d always point to that guy who asks, “Do you want a regular wash, or deluxe?” and then hands you that little piece of paper.

“Mickey” He’d say. “You have to save some money/get better grades/quit chasing girls/do your homework. You don’t want to end up like that guy, working in a car-wash, do you?” The last time I heard the speech was around 1996. The words, however, hung in the air for years to come.

So, you can see my quandary. To me, working in a car-wash was the ultimate admission of failure. Not losing all my assets. Not selling my watches and cars. Not letting go of a few rugs and some art.

I was living with friends, driving a 17-year-old car, had less than $200 in the bank with no idea where the next $200 was coming from, and I was worried about being seen as a failure.

Perhaps, but reality kicked in when I didn’t have money for a niece’s birthday present.

So I called my friend back and asked if I could still have the job at the car-wash. My utter failure as a human being was complete, my humiliation final -or so I thought.

On my third day of dragging myself in to work, the raven-haired stunner that I’d hired as my assistant five years previous pulled in – driving a brand new Lexus.

NOW my humiliation was complete.

There was nowhere to run, no place to hide.

And yet … just as I was about to die from shame, something happened that literally changed my life. She smiled, jumped out of her car, pointed her Louboutins right at me, ran over and gave me a hug. We chatted for about 10 minutes while her car was getting done. She said she was happy to see me, that I’d been a great boss, and that she was glad I was working. “Sooooo many” of her friends(able-bodied twenty-somethings) were unemployed, and at least I wasn’t trapped behind a desk.

I realized that I’d been beating myself up needlessly, and saw how lucky I truly was.

In that instant, I decided that instead of just showing up until I could find something better, I would use all my skills to increase my friend’s business, and I did. Over the next few months, something amazing happened to me. Something I never saw coming, and something that impacted my life and made me a better man.

I saw hundreds of people every day and none of them thought I was a failure, and it energized me. I smiled. They smiled back. I was happy and engaging, and I sold about a gazillion deluxe washes. But also, my worst fear morphed into something I started to look forward to. I got my confidence back, and it was obvious. I saw DOZENS of people I knew – clients, old customers, friends I’d lost touch with, and every single one of them said something positive.

They held me in higher esteem for seeing me in the cold, wearing a red nylon jacket with a car wash logo on it. Nobody made fun of me or called me names. Nobody laughed.

There was even an article in a local lifestyle magazine about me.

They respected me for doing what had to be done (I’m sure a few were secretly happy that I’d been taken down a few pegs … but hey, we’re all human, right?)

The truth of my situation was laid bare for the world to see … there’s no way to spin a story when you are asking people if they want the basic or deluxe wash. There’s no amount of charm of polish or bullshit that can hide the truth.

I was working in a car wash – and nobody thought I was a failure. Not even my father.

Then, about 6 months later, one of my old clients called. He needed some help setting up a new luxury club. We put a deal together and when I resigned from the car-wash, my friend was genuinely sad, saying I was the best employee he’d ever had.

I approached that new consulting contract with a vigor and zest for life I hadn’t felt for years! A few months after that, another contract took me to Asia, and I’ve been consulting over here ever since.

So, my worst fear turned out to be my salvation.

It gave me confidence, paid my bills for a while and put me in a position to move my company to Asia and have access to an abundance of new cultures and growing markets.

Sure, I’m not quite back to where I was that day 9 years ago in Vegas, but I have a red nylon jacket with a car wash logo on it that reminds me that for my version of success, I don’t have to be.