What Are Some Interesting Ways Animals Avoid Predators?

Everybody loves a good hole!

Everybody loves a good hole!

I may look like a dumbass looking into that burrow from that weird position, but it’s the bugger behind the camera who’s going to be in trouble if something decides to come flying out of it.. 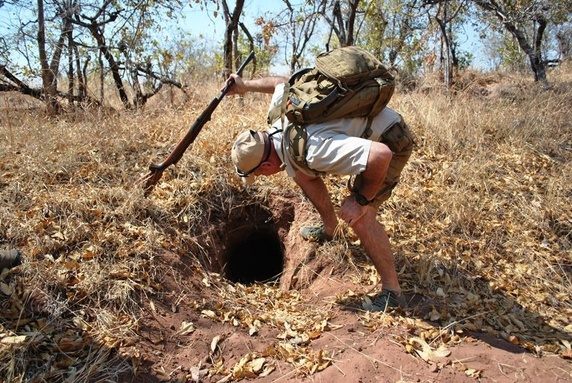 Yes, everybody loves a good hole to hide in. Especially an aardvark burrow.

Aardvarks are prolific hole diggers. They can dig several temporary refuges in just one night and permanent burrows can be up to 50ft in length.

However, it’s not aardvarks that I’m so nervous about in the picture. If a predator tries to get to an Aardvark in its burrow, the Aardvark will just dig deeper to escape, pushing the excavated soil behind him to build a barrier between himself and the predator.

Leopards, hyaenas and wild dogs also use the burrows. Wild dogs and hyaenas use them as for dens to raise their young as well. It’s not them I’m worried about either though. There is no predator spoor around the entrance.

I’m worried about warthogs. They love hiding in aardvark burrows to avoid predators. And being clever pigs they know that when a threat appears at the entrance that it is only a matter of time before they are dug out of their hiding place and gobbled. Therefore they have cunningly concocted a plan B.

When a predator or dumbass human wanders up and pokes his nose into the hole, everybody charges out at full speed and keeps going no matter what. No turning left or right or slowing down. They just come barreling out like big fat ugly cannon balls, and if you are in the way you just get butted and run over. Believe me, a half dozen ugly pigs with sharp tusks hitting you head-on and then running over you is no laughing matter. It is just like being tackled by an entire rugby front row and then run over with their studded boots. 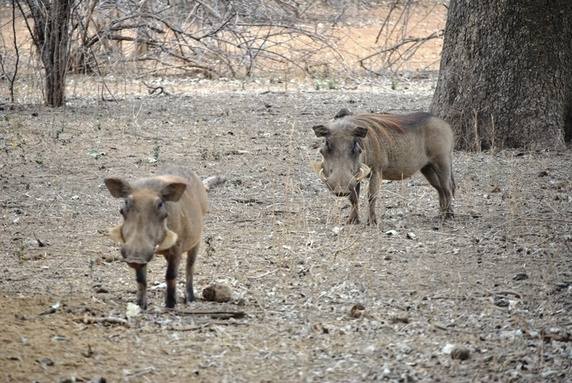 The Weaver Finches of Sub-Saharan Africa! 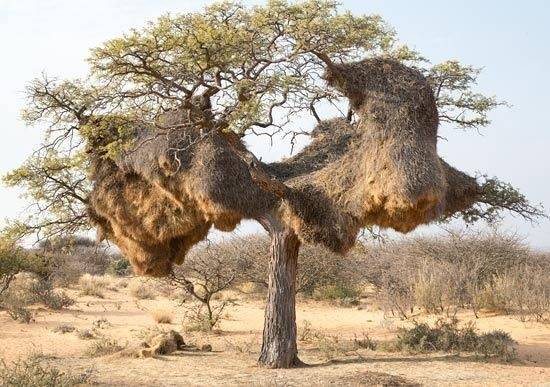 I lived in the Namib Desert in Namibia for a year and saw these nests everywhere. They are the largest birds’ nest in the world and the only time I saw one destroyed was when the friggin’ branch broke under the weight of that massive nest.

Their nests are aptly called “apartment nests.” There are dozens of hallways, entrances and exits. And here’s the best part: Many of the apartments and their hallways are false, meaning they create them to sidetrack a Cobra or Black Mamba so that they have enough time to GTFO.

I’m glad everyone thinks this is cool too! Here’s another pic I found in my stash so you can see how many different openings there are: 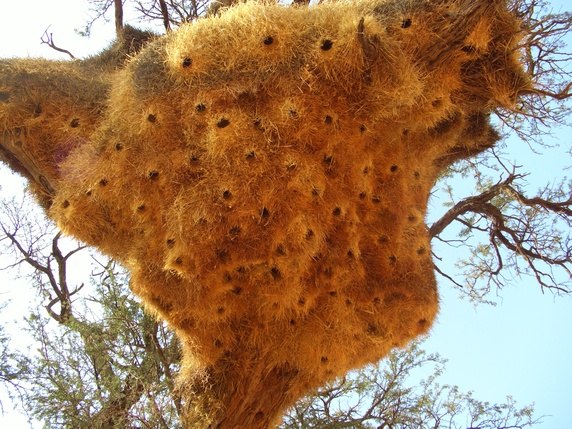