If you were ever held at gunpoint, what would you say to the gunman?

I was the night clerk at a hotel. Mostly I just said “OK” and did everything he asked. I opened the register, gave him all the money, and lay down on the floor as he demanded (having already tripped the silent alarm, I think – I tripped it at some point). Then I waited until I was sure he’d left. Luckily the electric lock engaged behind him, so he couldn’t have come back in. So that’s about all I said.

Then, as the security guard emerged from the bathroom asking “What’s wrong with you?”, I said we’d just been robbed and that I was very, very thankful he hadn’t walked out, unaware, and spooked the guy who’d probably have shot him.

And yes, the bathroom there was fairly sound-proof. So the guard had no idea what was going on while he tended to his business and I lay on the floor with my heart going 1,000 miles an hour.

I was walking back home after my motorcycle got towed, and this guy came out of nowhere from my right, pointed the gun to the back of my head.

I thought he wanted money, but he was not remotely interested in it, he intended to kill me. He told me to move into the dark alley he came from, made me bend down on my knees with my head pointed down.

He then asked me : “What is it that you wished you had done differently this year?”

Me: “I wish I had spend more time with my mom, rather than going to pointless parties over the weekends.”

Him: “Call your mom right now.”

(I didn’t wanted to call my mom, since if this guy was going to kill me I wouldn’t in my wildest dreams wanted my mom listen to any of it.)

(I don’t know, but I still cant remember what he said, and I eventually called my mom. He took away the phone from me and started talking to my mom.)

He to my Mom: “Your son wants to say something to you, be kind to him.”

I took the phone and started crying out loud, since I thought that was it. But, a few seconds later I saw the guy running away from me.. laughing loudly… I’ll never forget that night.

-Hello -I answer, while they take out their guns.

-Give us your phone, now, motherfucker!

Ready to comply, I gave them it.The thing is, this is my phone 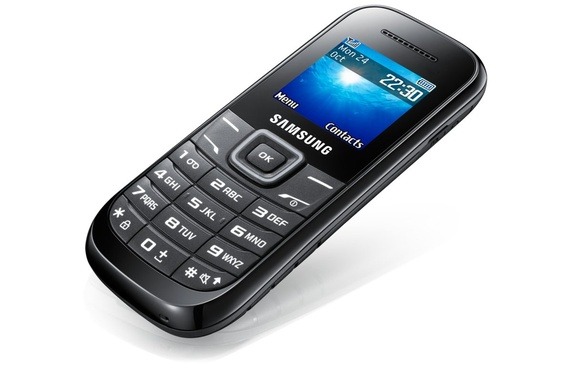 -Well, I bought this exactly for this kind of situation, so I don’t get robbed.

-Give us what you have in your pockets, asshole!

I take out all the stuff in my pockets: used tissues and my student credential.

-Dude, I only have these stuff, I don’t like to carry money, precisely for this.

-Get out of here, dirty fucker!

I was tempted to say “I just showered today”, but well, they had two guns, so it wouldn’t have been too wise.

Curiously, they didn’t ask for my bagpack, but I only had an old pajama, so it wouldn’t have been to much of a loss.