The Creepiest Thing That Ever Happened

A week after my husband died I received a call from him. My cell phone rang as I was chatting with a friend and I took it from my pocket, looked at the screen and dropped it in shock. It said “Bob Cell” with his number. I almost couldn’t breathe. My friend picked it up, gasped and asked if someone had his phone and I said “no, it’s at home turned off”. I thought I was having a nervous breakdown. I kept thinking as I drove frantically home “I’m imagining this. This is not real. I’m really not thinking clearly”. I was shaking so bad I could barely put my key in the front door of my house and I nearly tripped as I ran into my house. His phone was on the kitchen counter exactly where I left it and it was turned off. When I checked the outgoing calls there wasn’t one to my phone.

I still get a strange feeling when I think of that experience. While I realize there are things that cannot be explained in life, I tend to lean toward fact based answers.

AT &T couldn’t explain it. I did talk to a psychologist who worked with terminal patients and their families. I asked if she had ever been told of incidents like these and she said yes. It’s more common than you think and it’s not wishful thinking on the part of the living. Although I never answered that call because I dropped my phone I wonder to this day what would have happened if I had answered.

I don’t know if it’s the creepiest thing that ever happened to me but I found this to be really creepy. 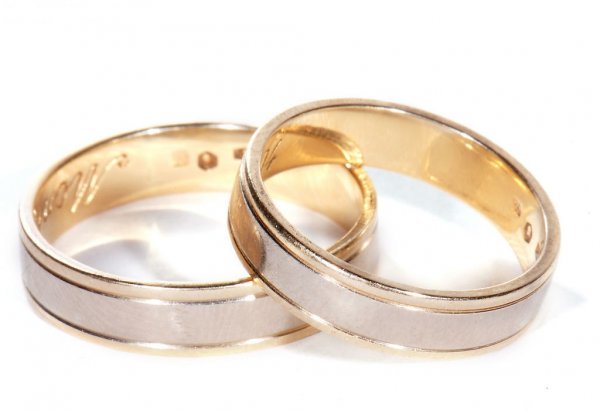 I met a woman on Match about 10 years ago and we went out for lunch in Providence on Federal Hill. She was very quiet and I was sure she didn’t care much for me. It was quite a bit of work to get her to speak about anything and by the end of the evening I chalked it up to experience, a wasted effort. But after lunch she told me she was frightened of Providence and asked me to walk her to her car. I agreed. When we got to her car, she shook my hand and thanked me, and as an afterthought, asked me if I wanted a ride back to my car — she felt she could trust me now. I said ok. As soon as I got in the car, she was all over me. She wanted to make out hot and heavy. I didn’t even get a chance to put on the seat belt. I was incredibly (and pleasantly) surprised. We made plans for another date. We went to the movies. Again, she was very quiet and standoffish until we got to her car — then she was all over me.

The next day I came home from work and when I opened my mailbox I found a small package. Inside were two wedding rings with the note, “We are destined to be One” on in the box. There was no postage. Whoever put it there, put it there in person. I suspected it was her and I was uneasy. I called her up. She asked me if I got her package. I said yes. She said, “I went to my psychic. She said you were my soulmate. We’ll be forever together.” I realized then that she was not right in the head. I said, “Uhm, I don’t think so.” And after a discussion of how inappropriate she was being, I hung up the phone. The next day when I came home from work she was parked in my driveway. I got out of the car, furious. “Who the hell do you think you are, coming to my house uninvited?” I asked her angrily. She was non-plussed. “It’s not the kind of house I want,” she said, “but we can live in it together until we’re married. But I like your cat.” And she gestured to the cat watching us from the window. I told her to leave and never return. She did leave but not before telling me that we were going to be together — it was pre-ordained.

For the next year I got calls, emails and love letters every single day. Sometimes she called ten times a day. At first I tried to tell her she was wasting her time. But it did no good. To her, we were destined to be together.

It has been ten years since this happened. I still get emails from her about once a month. I still get phone calls from her about twice a year. She has never changed her number, so I know now to never answer the phone when I see her number. If I happen to not look, not pay attention, and do answer, she takes it as an acknowledgement that I have feelings for her and she goes into a burst of mails and emails and small gifts and phone calls.

I never saw her as a threat, as least I have never felt threatened. She is just sick in the head. It’s very, very creepy. But the creepiest thing about her, in my opinion, is that she is a Harvard-trained medical doctor treating patients.

When Was Walt Disney Studios Founded?
15 Wives We Should Maybe Be A Little Worried About
30 Hilarious Celebrity Parenting Tweets That Show They Have The Same Problems As Everybody Else
What Percent of Africa is Illiterate?