You want me, a MAN, to buy this body wash which doesn’t have the word “SPORT” in the name and it doesn’t say FOR MEN anywhere? nice try, pal

1. Today in amusing stories about masculinity, my friend has a pink bike and a blue bike. The blue bike stopped working today so now he has to go buy some paint for the pink bike. To be able to ride it. sylvanasswindrunner

2.
Some men won’t use emojis because they consider it feminine like could you imagine wanting to hold on to masculinity so desperately maurypovichofficial

In high school one of my guy friends said, “I wish I were a girl so I could use an umbrella.” sweet-gherkins

4. why is catcalling called catcalling? i like cats and i would quite like them calling me to see how i am or to make plans to meet for brunch, catcalling should be called something more accurate like asshole screeching or insecure masculinity floozys

5. im pretty sure bromance is the perfect example of how embarrassingly fragile masculinity is. you know what a female bromance is called? a friendship gayinsect conservatives get offended by the weirdest shit docloudscomeinpurple
imagine masculinity so fragile that you can’t even touch your own face stinson-png
If you touch a man’s face it’s Gay. Even your own face. Gay face-touching has infected the youth of America. colorfulcandypainter

7. masculinity is so funny to me bc men deprive themselves of the best things in life in order to achieve it like ….fuzzy socks, fun fruity pink drinks, spa days, lifetime movies, expressing positive feelings in a healthy way, being a warm genuine person birdluvr1993

8. a dude came into work looking for vitamin d drops for his newborn so I grabbed the cheapest ones off the shelf (which happened to be Dora the Explorer brand, they were on sale and it was a sweet deal???) and he was like “Um excuse me could I have another brand? my child’s a boy.” like okay buddy i was just trying to save you $5, didn’t mean to threaten your hours-old newborn child’s masculinity omfg bobonga PEOPLE ARE SO CONCERNED ABOUT THIS DOGS MASCULINITY

10. i forgot that men and women didn’t have the same kind of teeth thetrippytrip 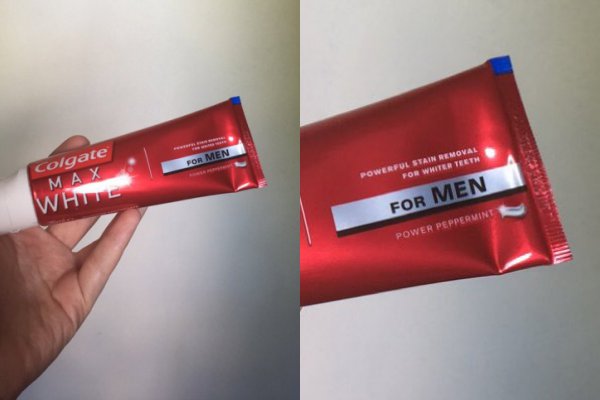 11. the social construction of masculinity is so weird to me like… it causes people to not wanna use certain kinds of soaps bc these products… smell too good. goths7

12. “i don’t like one direction. they’re so gay,” i say. my fellow single heterosexual bros erupt in applause. i receive 50 Man points and level up to become the Manliest of Men. i’m so original and creative. what a sick burn. zlall

13. can’t hang with str8 men because I’m too clumsy to be around things as fragile as their masculinity assgod

14. hold on. you want me, a MAN, to buy this body wash which doesn’t have the word “SPORT” in the name and it doesn’t say FOR MEN anywhere? nice try, pal dutchster

15.
shirtless dude character in a bed: yep clearly just had some heterosexual sex

lady character with no pants on: standing in the bathroom doorway wearing a prop shirt that is identical to the dude’s shirt from an earlier scene only 5-10 sizes bigger to emphasize the fact that she is only a tiny, frail woman enveloped by his RAMPANT MASCULINITY, for he is MR. CAPTAIN ARCHDUKE STUD LARGEMASSIVE wholocked-loki-in-the-impala

16.
I’m doing a social experiment called ‘agreeing with boys when they compliment you’.
the results: perf example of how uncomfortable boys are with women owning their own awesomeness. for many men, beauty, coolness, desirability are gifts they alone can bestow upon women. they get baffled, even aggressive when you show you’ve known you possess those things all along. fuckyeahbodypositivity

i love this experiment! this is truly the most bizarre thing I’ve ever seen like despite the fact that they are literally marketing a dog bowl for humans (specifically, men) to eat out of, they have to put the word “man” on the side of the bowl in like the Rambo font so that your masculinity cannot be challenged while you are eating out of this dog bowl for men poopjokesanonymous