What Happens If You Start Pounding Your Chest In Front Of A Gorilla?

It is a sign of Alpha challenge. This is where human language is confused. Gorillas do not understand what dominance means. What is dominance? what? commands? who is bigger than whom? who gives orders? what? who decides that?

No. Gorillas speak Alpha. Humans have lost the meaning of what that means. Alpha means combat. When you pound your chest that means you have challenged the gorilla for the right to mate with females. You want to battle for the right to mate. You have willingly entered into combat. However, don’t worry. In the wild, he’ll only leave you with a flesh wound. 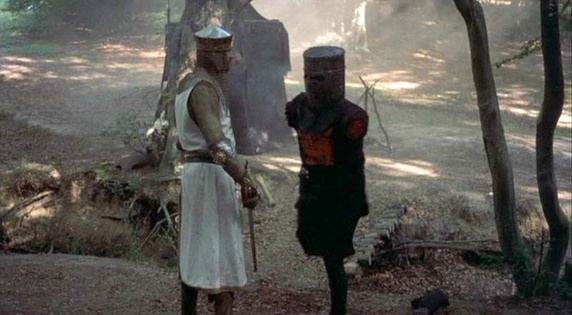 According to what I know about gorillas, 2 possible things:

1. The gorilla will kill you.

If he’s a male, anyway. You are trying to say you are going to steal his mate(s)! That you are trying to overpower his status as a gorilla! So you think you’re a big tough guy? Mister Gorilla says, “Bring it on!”

2. The gorilla will think you are insignificant.

If he’s been around humans enough (like a zoo gorilla that’s been there since birth) he more than likely knows he is bigger and stronger than you. Maybe after seeing so many children do it and realizing they are no threat, he may come to see that humans beating on their chest is no true threat to him and therefore ignore it. Or he may just feel sorry for you because, to him, you really think you could overthrow his status.

And thus laugh at you. Metaphorically, anyway. I don’t see any silverback male gorillas guffawing that often. He might just throw poop at you. 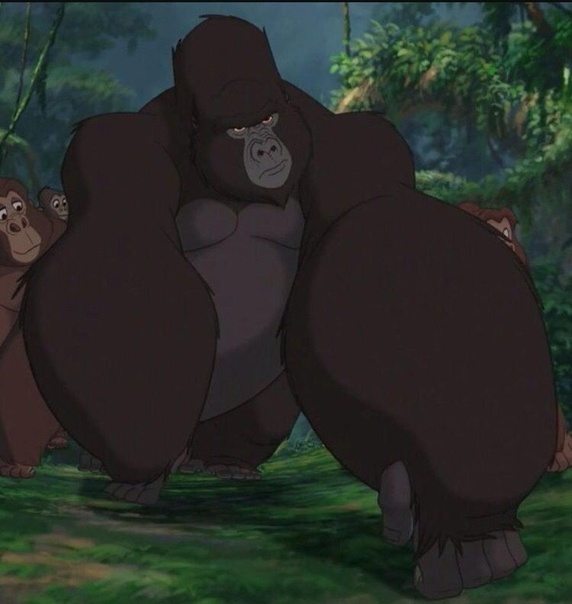 Your “friend” just told you to challenge the biggest, strongest, meanest kid in the schoolyard. If you’re bigger, meaner, and stronger, and the gorilla is intimidated by your presence, it might back off. Good luck. 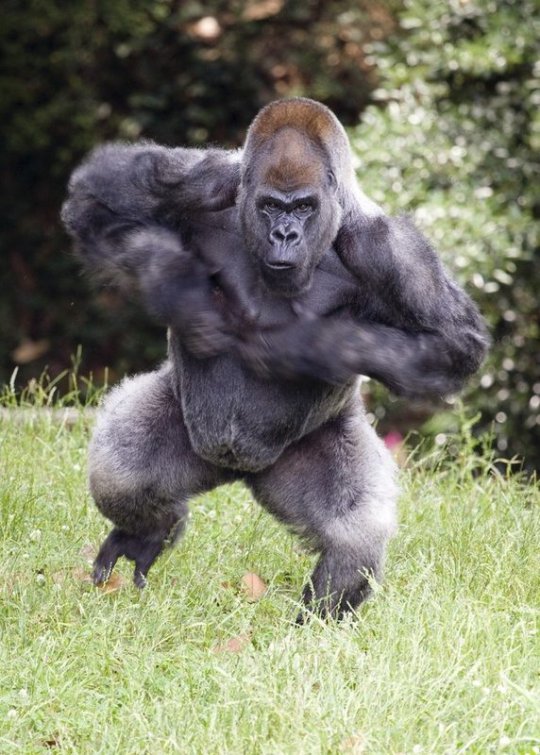 This is a true story. About 8 years ago, my ex and I decided to go to the Buffalo zoo for a nice Sunday outing. Now, at this time in my life I was working out daily and was a pretty stocky guy. Towards the end of the day we ended up at the gorilla enclosure. There were about 30 people around watching the gorillas but I was the biggest male human. I stopped near the Silver back and decided to stare him down, don’t ask why. After a short while the silverback noticed me staring at him and began to return the favor. After he saw that I wasn’t backing down, he proceeded to throw some grass and stomp his feet. Seeing as how my feet were hidden from him and I didn’t have grass to throw I decided to beat on my chest. Well let me tell you, something changed in his eye…. He stormed over to his selected female, dropped her panties and started to have the roughest doggy style gorilla sex the world has ever seen!!!! And all the while this was going on….. He was staring into my eyes while banging away… as if to say “these are my females”. And that is my first hand experience of what happens when you pound your chest at a silverback.

Edit- I’m glad so many people have enjoyed my answer! But as one of the commenters pointed out, and I agree, it is important to respect animals and encourage their fair treatment. Luckily when this happened I was young and careless. Although I try to avoid zoos now days, if I did go back I would certainly have more respect for the animals. But with all that said, I am glad everyone has enjoyed my story. I wish my phone had a good video camera back then because it would have been great to look back on and share.

18 Photos That Get Truly Epic When You Look At The Background
How Many Countries Have Abolished the Death Penalty?
20 Tall People Who Will Make You Feel Tiny
24 Of The Best Twitter Videos I’ve Ever Seen