What Is The Most Asshole Thing Your Cat Has Ever Done?

Do not be deceived by the apparent cuteness.

My cat sleeps on my Xbox sometimes to stay warm. While I’m in the middle of playing an online game or watching something very interesting, he will look at me with his eyes slanted as if he were disgusted that I am not paying attention to him. He will then move his paw very slowly towards the power button, and just before I can say something to scare him off, he will tap the power button with his little paw. Then he’ll turn his head the other direction and go back to sleep. 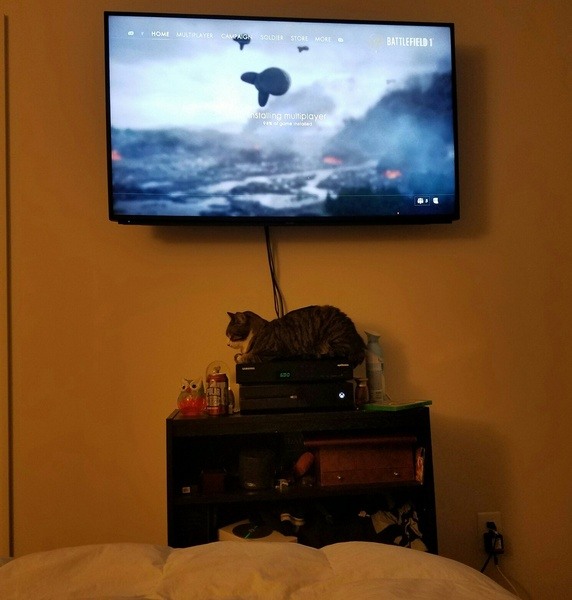 No, you don’t understand. That’s not the power button. That’s the switch that regulates the heat Jayesh Lalwani

Technically, not my cat but my partner Eve’s cat. Meet Stella. 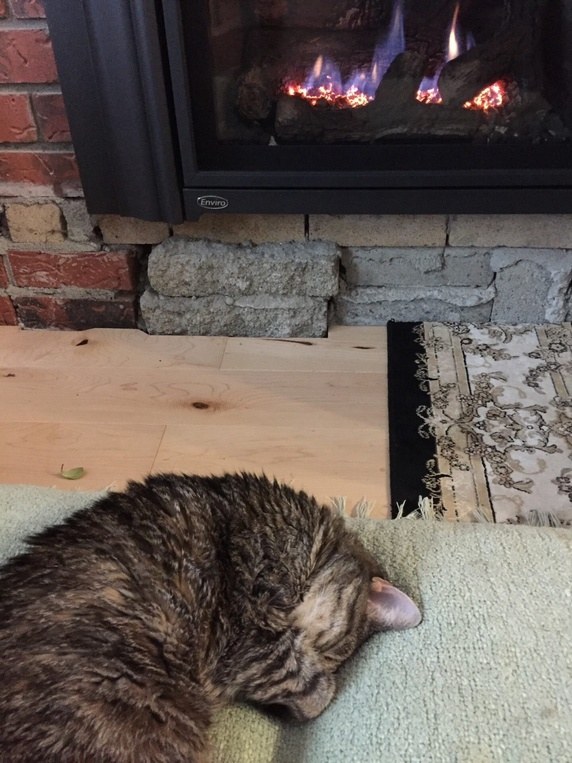 There are, however, two things Stella does that are kind of dickish.

Every now and then, she will decide at two o’clock in the morning that it’s “pay attention to me” time. She bats my shoulder with her paw until I wake up, then demands that I pet her, which I usually do because I’m a pushover for cats.

A couple of weeks ago, she did this at three o’clock in the morning, then scratched at the bedroom door to go out. I thought she wanted her litter box. I was wrong.

She walked out to the living room, sat down on her cushion in front of the fireplace, and meowed at me to make the fire go.

I did put my foot down on that one and said no.

You’re lucky. Our cats have decided they own two-thirds of our bed. My wife and I have to scrunch up in the one remaining third. And we feel lucky to have any bed at all. Marcus Geduld

Do not be deceived by the apparent cuteness, my cat Vincent’s nickname has been “Asshole” since I got him. 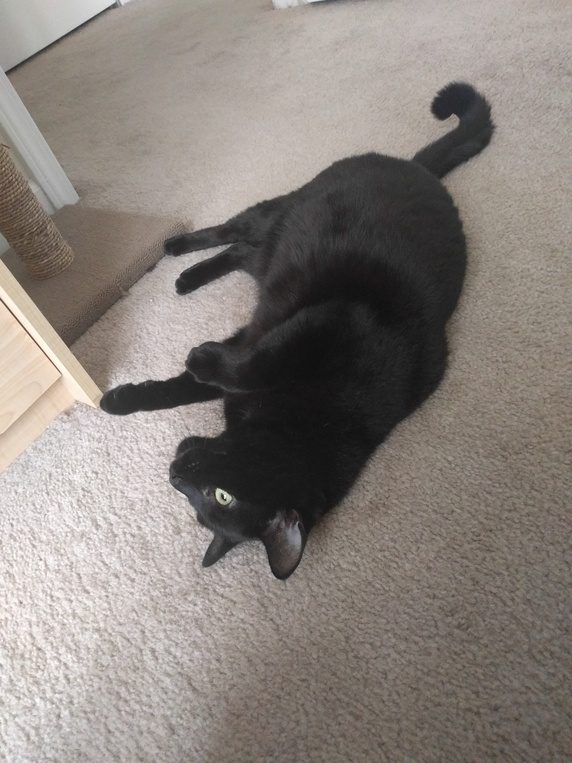 He loves to get in my suitcase while I’m trying to pack. Sometimes he’ll even grab things like socks and underwear then run away and try to hide them. 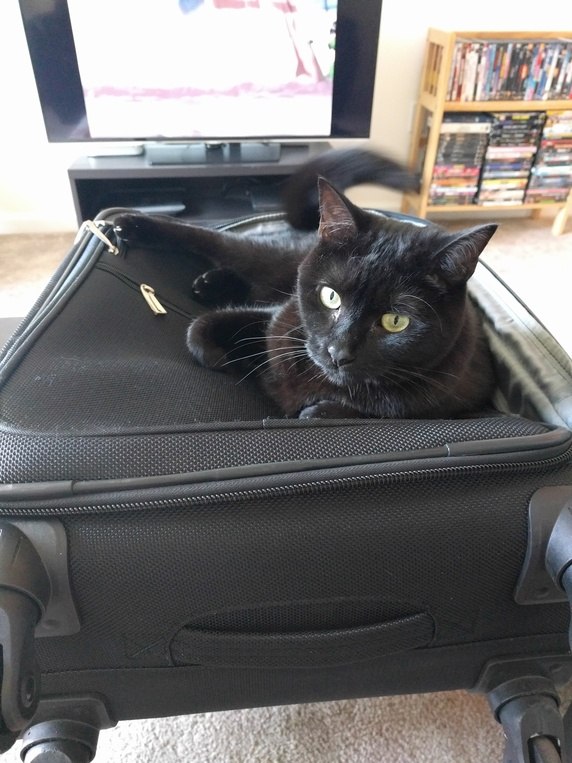 He also enjoys climbing into the clean laundry basket. He will not touch the dirty laundry but the minute I start folding he’s right there next to me trying climb in the basket or worse the dryer itself. 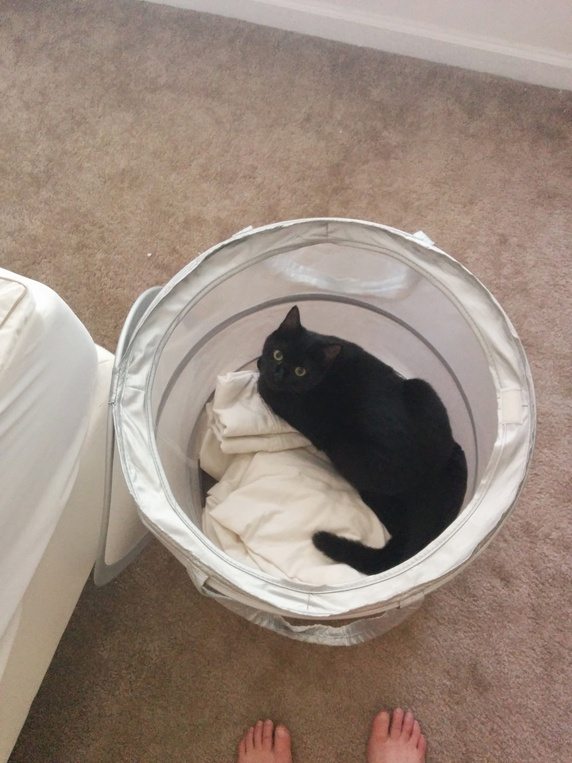 The most asshole-ish thing he has ever done though: He knocked over a full water glass onto my face while I was sleeping. I used to use a tall skinny chest of drawers as my bedside table and one night I placed a glass of water there to sip on while I was reading in bed. I feel asleep and around 2AM Asshole woke me up wanting to play. I kept pushing him off me so I could go back to sleep. Apparently he got so frustrated by my reluctance that he decided to wake me up once and for all. He hopped up on the bedside table and used his paw to knock the almost full glass over. Not only did the water splash in my face but the glass hit me in the forehead and gave me a nasty bruise that I had to explain at work the next day. I swear he knew exactly what he was doing too because I caught that asshole sneaking a drink out of the glass before I went to sleep. 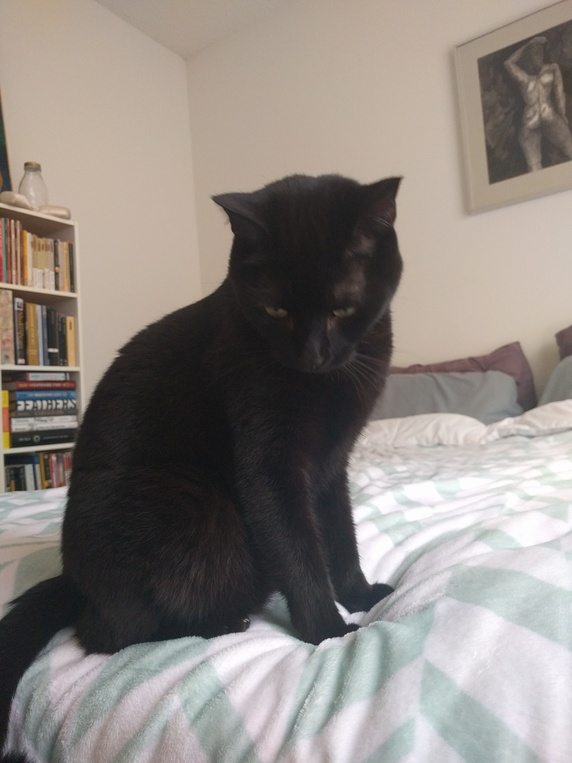 I imagine that’s how he looked staring down at my screaming wet face.