How Do People Get Rich? 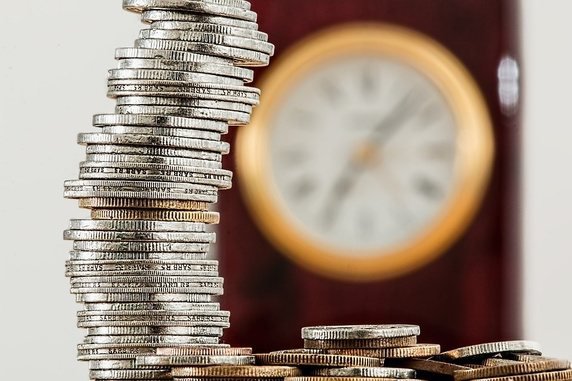 If I’d either go bankrupt or 10 years back in time, here’s what I would do, now that I know how people get truly rich:

1. I would never do a PhD or even get a degree (I’ve graduated from a top European University and have got a PhD from another). That is a bad financial decision (especially in the US, the rates are better in Europe) for a number of reasons. First, its simply too expensive. Second, chances are it will make you work for somebody else, thus limiting your salary (you trade your time for the dollars, but your time is limited, no matter how well you’re paid). Third, you lose way too much time studying; you could use that time to make money instead.

2. Improve my financial IQ as much as possible. Read about business, money and how to use is and make more of it. Today, I know that Rich Dad Poor Dad by Robert T. Kiyosaki and The Millionaire Next Door by Thomas J. Stanley, William D. Danko are the killers in this category (see more books I recommend here: Books). Understand that money is a tool, which I should use (and not be used for). Enjoy compound interest and master leverage.

3. I would start a business that could scale, and hustle. You know why prescription drugs are among the best businesses in the world? Unlimited clientele, unlimited profits. Knowing what I know now, I would certainly have Real Estate in the equation.

4. Build a very large, healthy social network. At the end of the day, the more people you know, you can reach and you can use to your favor the easier you make money. That is the cold hard truth.

When I was a little kid, my dad told me a story:

“A long long time ago, back in the 1970’s, a father gave an orange to each of his three children. They were a very poor family, so they normally couldn’t afford to have their own oranges. The father told each of his kids that they can do whatever they want with the orange, it was theirs to have.

The oldest child ate the orange immediately. ‘Wow what an awesome day,’ he said to himself as he devoured it.

The second child, however, didn’t eat his orange. He thought to himself, ‘if I plant the orange today then I can grow an orange tree and I’ll have a bunch of oranges later!’ So he did just that. He grew an orange tree and, a year later, he had five oranges. He ate one orange a day and was happy as a clam for a whole week.

The youngest child also saved his orange. He planted it, just like the second child. In a year, he too had five oranges. However, he didn’t eat these oranges. He planted all 5 of his oranges and grew 5 orange trees. Another year later he had 25 oranges. Needless to say, his siblings were very jealous. To their disdain, however, he didn’t eat (or share) any of them. Instead, he planted his 25 oranges and grew 25 orange trees. A year after that, when his trees finished growing, he had 125 oranges! At this point, everybody in the town was in awe of how many oranges the little boy had. They begged him to share an orange or two with them. ‘You have so many,’ they said, ‘you can surely spare just one orange to feed my family.’ He refused, and instead, he planted all the oranges once again. Then, only a few years after the child started with one measly orange, the boy had an entire orchard. His 125 trees grew 625 oranges every year. This was enough to have an orange a day for the entire year, replant the orchard AND have some left over. Every year after that, the boy replanted his 125 oranges. He ate an orange a day. And he gave the leftovers to those less fortunate.

I once asked my uncle, who retired at age 50, this question. He said, “Daniel, there are 4 ways to get rich.” I’m going to share them with you.

1. You are born rich

You have heard how some people are born with a silver spoon. Certainly, being born rich is the easiest way to become rich.

I have observed relatives and friends become rich overnight simply by marrying someone rich.

This is not necessarily easy since people are always going to bad mouth you. You need a thick skin, and the ability to look beyond your partner’s wealth.

Rich people, like anyone else, have dysfunctional families too. The wealth compounds the dysfunctionality, and money has been known to tear families apart.

My uncle considered himself lucky and this is how he made his wealth. He bought a property at the right time and place. He told me that when he bought his first property – a house – he and his wife could not afford any furniture and they slept on the floor until they could afford a mattress.

He expressed gratitude for being able to sell and buy a larger property several times, catching the property cycles at the right times.

Yes, hard work can make you rich, but you have to work very, very, very hard.

My uncle also said, “Daniel, your parents are not rich, so that’s out for you. Your wife is also not rich, so you don’t have that option. If you want to be rich, you must work very, very, very hard and get lucky.”

Tagged1: nobody is ever prepared, unexpected situations, unprepared

What Is The Creepiest Thing That Society Accepts As A Cultural Norm?
Unlock The Drummer
This probably the oldest rocker
How To Tie Your Shoe Super Fast