1. My son was crying and asked, “why doesn’t the dog have to wear pants?” And it’s like, I don’t even know. So now I’m putting pants on a dog. @TragicAllyHere

2. “I want a snack.” – my kids, while they’re eating @ashleyaustrew

4. My son just asked me if cats can have babies when they aren’t married and I told him yes, but I honestly don’t know. @Elizasoul80

5. My 4 year old spilled water on his bathing suit, so he can’t go in the pool until he changes and this is why vodka is a thing. @LurkAtHomeMom

6.
[building a snowman with my kids]
Me: Ok, who wants to put the arms in?
Kids: *went inside 2 hours ago to play video games* @KalvinMacleod

7.
Parents: “If only there were a manual for this.”
Also parents: “How dare you tell me how to raise my kids, you piece of shit.” @ramblinma

8. My kids wanted a karaoke machine for Christmas-little did I know it would be for yelling in the mic “CAN WE HAVE A SNACK” when I’m upstairs. @DomesticGoddss

9.
wife: Let’s fool around after the kids go to bed
narrator: But they never did fool around @iwearaonesie

11. I’m coaching my son’s soccer team because it’s important that he knows I’ll swear at other kids, too. @moooooog35

13. my 10yr old is doing laundry & I’m truly proud of her but also on the verge of a panic attack because she’s folding my shirts the wrong way @AndyAsAdjective

14. A parenting rite of passage is getting caught throwing away Happy Meal toys as they sing from their grave bc you didn’t turn the sound off. @mommy_cusses

15.
Parenting:
1st kid: Document their every move
2nd kid: forget to pick them up 99% of the time @SteussieErica

16. Not sure if I should be more concerned about the son who locked me out of my bedroom today, or the one who showed me how to pick the lock. @amydillon

17.
Someone drew doughnuts on the bottom of the grocery list
My wife thought it was cute so she bought them
She doesn’t need to know it was me @XplodingUnicorn 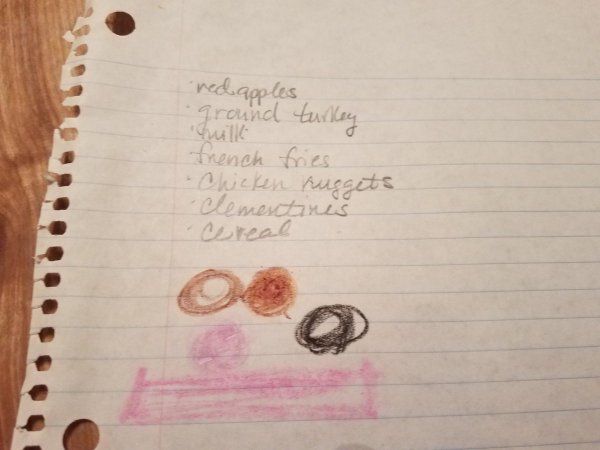 18.
How to organize Legos in 3 easy steps:
1. Throw Legos away
2. Tell kids you were robbed
3. Fix yourself a drink. You’ve earned it. @DaddyJew

19.
“I just think it’s weird that you have so much white hair. That’s kind of a grandma thing.”
-7yo, and current least favorite child @FunnyIsFamily

20. IF YOU KIDS DON’T COME BACK TO THIS TABLE AND FINISH YOUR LUNCH RIGHT NOW, I SWEAR I WILL SIGH HEAVILY, EAT IT MYSELF AND GAIN 3 POUNDS. @LurkAtHomeMom

A Colombian Baby Was Named Netflix
30 Jokes About Getting Old That Only People Over Their 30′s Will Understand
What Did You Eat, Only To Regret It Moments Later?
The Tongue-Eating Parasite