Do You Feel You’ve Ever Met an Angel or Alien and Didn’t Know It?

To this day I think that I encountered an angel, and I thank him for helping me out in a moment of need.

Many years ago I pulled into a petrol station and put £40 of fuel in the tank. As I approached the window to pay I realised that I had mislaid my wallet.

I spent several frantic minutes searching the car for a means to pay without success, I then tried to explain to an irate cashier that I could make the 35 mile journey back to him the following day to pay the debt if he allowed me to.

I sensed someone behind me at the payment window and turned to apologise for delaying him being served, he immediately said ‘it’s not a problem, let me pay for your petrol, you’d do the same for me’(something I would actually do if I saw someone in the same situation).

I told him that whilst it was a very kind gesture I would have to decline but he insisted and I agreed with the promise that I would pay him back. He said that I shouldn’t worry about the money as it was ‘only money’, I insisted and he said that he lived just two roads away – I took down his address and name, got in my car and drove home.

The following day I made the journey just to repay this guy the £40 he kindly lent me.

When I got the address I rang the buzzer and over the intercom I asked for Adam, a bewildered voice asked how I knew him and I said that I was just there to drop of some money. Instead of letting me into the building the person on the other end of the intercom came to the door and said ‘I’m really sorry, Adam died 6 months ago; he was my older brother’, this was followed by an explanation of what had happened but I couldn’t focus on the words coming out the guys mouth I just felt cold. I looked at the man standing at the door and all I could say was how much he looked like his brother – he said that people often thought they were twins despite the two year age gap between them.

He refused to take the money and I never explained that I had only ever seen his brother once and that it was the night before.

To this day I think that I encountered an angel, and I thank him for helping me out in a moment of need.

Many people will ridicule this answer and rightly so, I would find this difficult to believe if I heard it from someone else but it happened and I can’t explain it any other way.

When I was 21 I was badly assaulted by a group of (men? women?) on the street. They shattered my arm, and I needed multiple reconstructive surgeries for it. The incident was devastating; I lost my first large public art commission from the city I lived in because I couldn’t finish it in time, I couldn’t work, drive, dress myself, and was on heavy amounts of medication that made me very nauseous due to excruciating pain. To this day I have never felt anything like it, screamingly bad. If I didn’t heal, I was in danger of losing my place at a school in NY for the fall. In addition, my dad whom I was living with at the time was incredibly angry that I had been in the wrong place at the wrong time. 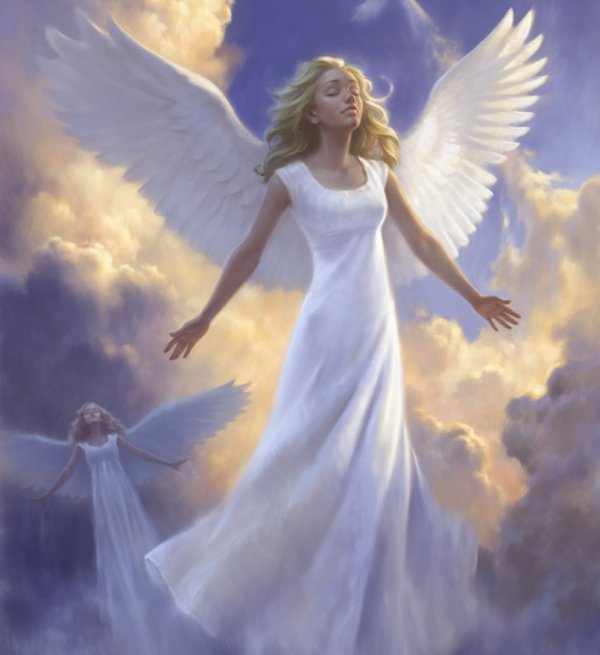 They kept me in the hospital for a quite a bit after the first surgery, and while everyone went out to discuss things and my parents weren’t there, 3 Indian women in white coats came into my room. I thought they were the psychiatrists I was supposed to be seeing. The oldest and tallest one asked me why I was crying, and I told her the above reasons. All three smiled calmly, and she took my hand and said “Calm yourself down. You need to help yourself. It is not so bad, everything will be fine. You are going to be fine. Don’t be angry.” I was stunned out of tears, they left the room.

My surgeon came in later with my parents, a giant man with a red nose. He examined my chart, “You were supposed to see the psychologist and therapists today, did anyone come see you?” Yes I said, three female doctors did. He frowned, “What? It says nobody came to see you yet, and I don’t know who they were.”

That summer was about resilience, about having everything taken and the only way to fix it was to dig within, be calm, and help myself. I don’t know if they just forgot to write down that they were there, but I still think about them from time to time- who were they?