My friend and I were lying on our beds, about 3 meters apart, gazing at our laptop screens.

He asked me to hand over some official bill (read ‘a small piece of paper’) that was on my bed.

Now this was a tricky situation.

1. He was too lazy to get up and take it from me.Seriously.

2. I was too lazy to get up and give it to him. Seriously.

3. Since it was a small piece of paper, if I threw it at him, it would not reach him because of the air resistance.

4. Since it was an official paper (and that too a small one), I could not just crumble and throw it at him.

So we just sat there, looking blankly as an unusual interim of silence (maybe 20 seconds) followed, pondering how to solve this earth-shattering life-changing problem.

There was a deck of playing cards on the table beside his bed. An elastic rubber band had been used to keep the stack of cards together.

And there it was. The Holy Savior that would liberate us from our misery,the solution that would save us from having to lift our lazy asses.

He threw the deck at me. I folded the paper and tucked it over the deck under the elastic band, somewhat like this. 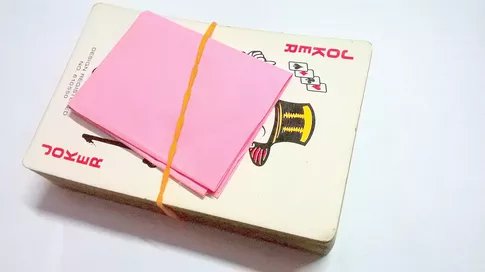 And hurled it back it him.

Behold!, O fellow men – the beauty of laziness. Bang. Done without even having to sit up.

Back to the laptop screen.

MORAL: The joy of not having to get your lazy ass up to do something trumps the time wasted in thinking of stupid ways to go about it – every single time. It’s worth it.

Even I, being the lazy croc that I am, wrote so much shit just to make you appreciate the deep satisfaction felt from laziness. That’s swell.

I learnt how to type with my toes.

During my undergraduate studies, I used to use my computer sitting on my bed with my back resting on the wall and the laptop on a chair in front. 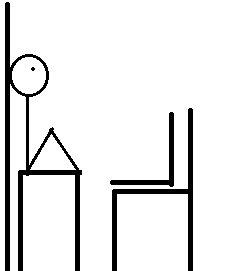 But there was a problem as I had to move every time I wanted to type something/ change the episode etc. So I learnt how to type with my toes. In fact, I became pretty good at it. During my glory days, I even typed an entire email with my toes.

Back in 2001, when I was a 12 year old, I’d only just started watching football and I became a fanatic in no time. One morning, my mom left home for grocery shopping and she did not close the door properly. It looked something like this. 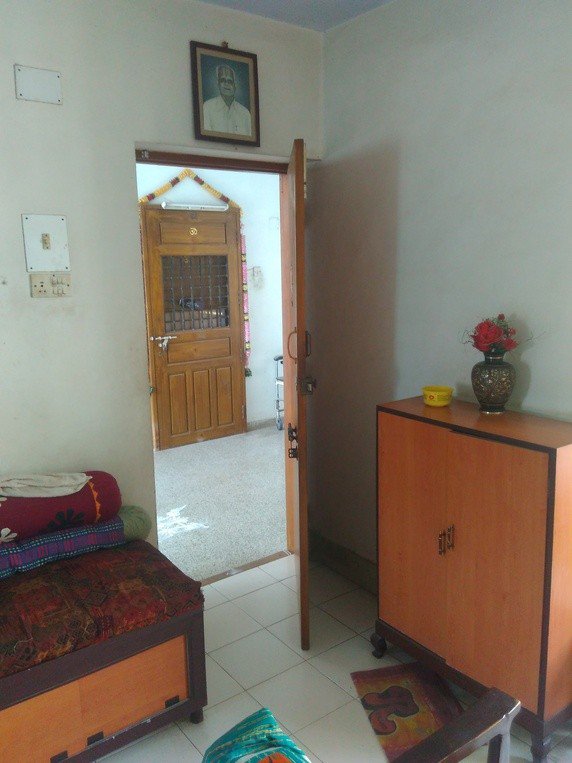 I was sitting 5 meters away and walking all the way to close the door seemed like a monumental task. There was a football lying next to where I was sitting. 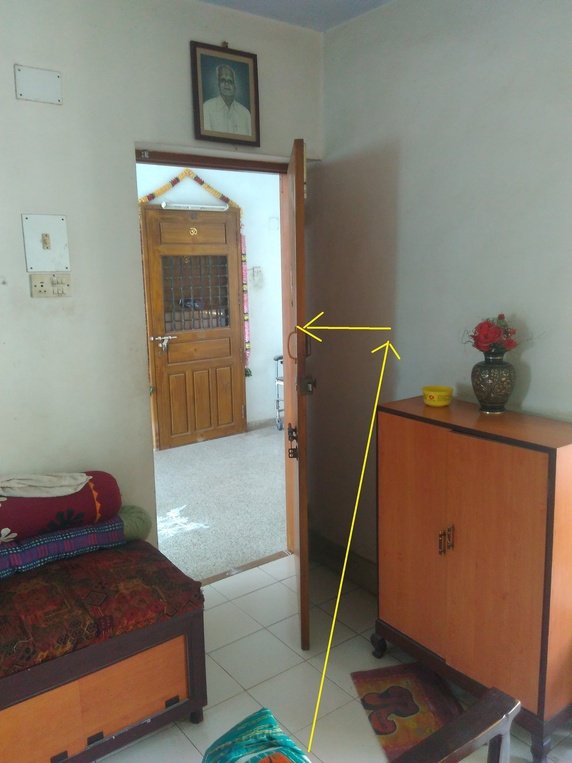 It was as simple as it looks in the pic, right? All I had to do was kick the ball at the right speed, at the right spot in the wall so that the rebound would hit the back side of the door strong enough to close it.

Yes. You guessed it right. 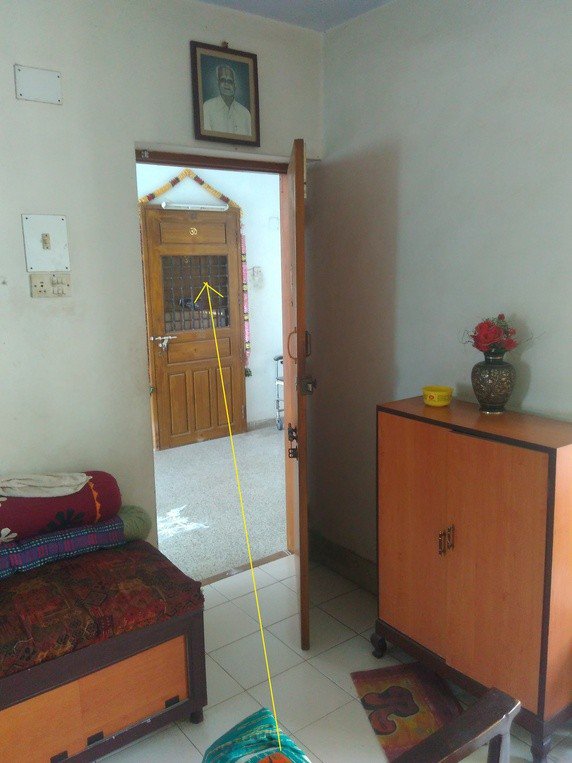 I kicked the ball at a great speed, alright. But the direction went for a toss. The ball hit the neighbor’s door and the sound was loud enough to be heard by the entire block.

In the next few seconds, I quickly ran outside, got the ball, came back in and shut the door. I was looking through the peep hole. When the neighbor opened the door, she seemed to be so angry. I opened the door and went out with the same angry expression on my face.

Me : “Aunty, did someone bang your door so hard, like with a football or something?”

Me : “Same here aunty. I was studying inside and I heard a loud bang on my door and came out worried”

I scanned her expressions and I guessed she bought my story

Me : “It must be these kids playing a prank. I’m ashamed to say that the kids of my generation are ill mannered. Something seriously wrong with their upbringing”

Her : *Nodded in agreement*

Just when the situation seemed to have diffused, our regular milk man came in. The neighbor told him the entire story. The milkman turned towards me and looked at me suspiciously because he had seen me practicing football many times before. He understood that I was the mastermind of the entire fiasco. 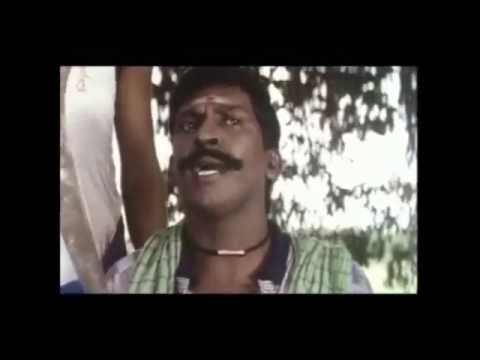 He smiled and left the place. I exchanged smiles with the neighbor and told her I better get back studying.