I was born into wealth and never knew our family was different until acclimating to the public school system and developing cognizant thought.

My father was recruited by MIT and came to the United States speaking only two languages: Japanese and binary. Upon graduation, he was quickly snatched up by Japanese financial institutions that sent him abroad to set up their computing systems. This was back in the day before IT was segmented, and he was a one man operation (architect, network administrator, systems engineer, programmer, IT support and R&D LOL.)

Before moving abroad for good, he married my mother in Tokyo and together they immigrated to Canada. I was born in West Vancouver, British Columbia and attended exclusive private schools. My classmates were of the same socio-economic status as my family, so our lifestyles were similar. Our days were jam packed with lessons, classes, tutors and we were privileged to take weekend trips to Banff or Lake Louise.

When I was in the 1st grade, my family migrated south to the U.S. – the San Francisco Bay Area to be exact. Against my mother’s wishes, my father made the executive decision to put me in public school. I was still in 1st grade but clearly remember the moments I started realizing the kids at my new school were unlike my old peers. I was the only one dressed in pinafores. The only one taking a load of after school classes and lessons. Other people didn’t go away on weekends. My home was different. Everything about my family was strange, and I remember thinking I was not just the new kid, but the weird new kid.

In order to fit in, I started lying. I would tell people I lived in San Mateo as opposed to Hillsborough. I stopped inviting people over, never told friends about our weekend trips. Or that I attended summer school at Crystal Springs Uplands, then summer sports camp at Stanford University.

Being constantly exposed to two different socio-economic worlds, I didn’t fit in anywhere and was an outcast.

Separately, gross behavior from people who think they have more than the next person is more commonly observed in new money. My family is proof.

My father’s family has a prominent lineage that can be traced for centuries; I guess it’s called old money. My father was the only one who lived outside of Japan and my brother and I would spend our summer/winter vacations with our grandparents. My day school friends and their families were exactly like my father’s side: kind, well mannered, polite, gracious and classy from the inside out. You see, when born into wealth, there is nothing to prove. We are raised to assimilate and not stand out as much as possible. Yes, we do own nice things, but there is no need to flaunt.

Growing up in the U.S. and Canada in a household that only spoke Japanese was embarrassing. Public outings with my father could be turned into a sitcom. He spoke broken English even after living in English speaking countries for 20+ years. I used to be mortified in public with him. His voice was loud. His English poor. Yet no matter how atrocious his grammar, pronunciation and vocabulary, he still talked to everyone in a pleasant manner. Everyone.

At restaurants he frequented, from the valets, wait staff to busboys and the kitchen, the entire staff knew my father. The chefs would take my brother and me to the kitchen for special menus. (These were 5 star dining rooms.) When we drove through Half Moon Bay, my father would stop by his favorite farms and greet farmers working the fields. They only spoke Spanish and he spoke zero Spanish but somehow they were able to communicate. At his work, from security and maintenance staff to his assistants, colleagues and C-level execs, people would smile and wave hello as he walked by. He took after my grandmother, who treated every single person the same: like they mattered. 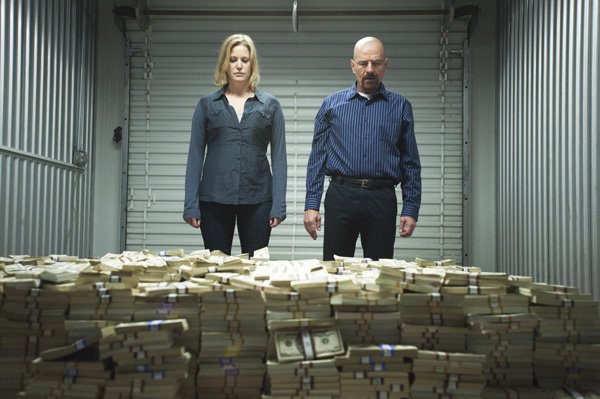 Conversely, my mother grew up dirt poor. Frankly, she was a gold digger and married my father for stature, status, lifestyle and most importantly his wealth. She epitomized gross new money characteristics where she felt entitled because our family was more privileged than most. She was snooty, elitist and condescending to those she thought were beneath her; absolutely charming to those who were of equal or higher social statuses. Even as a child, I remember apologizing for her vile behavior and was embarrassed to be in public with her.

Long story short, even if we had access to things a lot of people didn’t, it still wasn’t enough for my mother. On the outside, she was polished, elegant, sharp, witty and sustained her youthful looks. But she was a horrible wife, mother and housewife. She was miserable most of her adult life; making everyone around her even more miserable. I’m making her sound like a crappy person, but as an individual she was phenomenal. I – along with many – admired her. She was a born entrepreneur, extremely brilliant, creative but analytical, methodical, strategic and organized.

When my parents finally divorced, she left my brother and me with our dad and succeeded career wise. So much so, she retired in her early 40s. After she attained what she thought was success, she was diagnosed with Stage IV cancer. She spent the days up until her death regretting almost all the choices she made and beat herself up day after day. One of her last journal entries included reflections on how unappreciative she was with the things in front of her, and finally realizing happiness does not lie within superficial matters a little too late.

Looking back, I am extremely grateful for my parents and my life. Don’t get me wrong, my life was far from cakewalk but I obtained invaluable life lessons. My father, taught me my favorite quote: “A true measure of a man is how he treats someone who can do him no good.” by actions, not words. My mother, taught me money cannot buy happiness. I am so fortunate to comprehend those simple yet complicated life lessons I still abide by. And just by remembering those two points, saved me from making vast mistakes in relationship, career and life choices.

So what does it feel like to be rich? It’s like everyone’s life, no matter what your financial situation is, there are ups and downs. Different ups and downs, but ups and downs nonetheless.

Hope this sheds some perspective.

Oh. As for my father, the divorce (and my mother) basically destroyed him, and a series of events led to my father being disowned. I have not spoken to him since I was 16… along with other misc. family drama. But that is a story for another day.

Orangutan vs Lego
The First Public Modern Bank in the World
Football, a 91-0 Loss & Bullying?
Scary Stories Told In Only Five Words.