18 Of The Best Tweets About President Donald Trump’s Inauguration

Donald Trump has just been sworn in as the 45th President Of America and is about to make it great again. Here are some of the most popular tweets about Donald Trump’s inauguration. 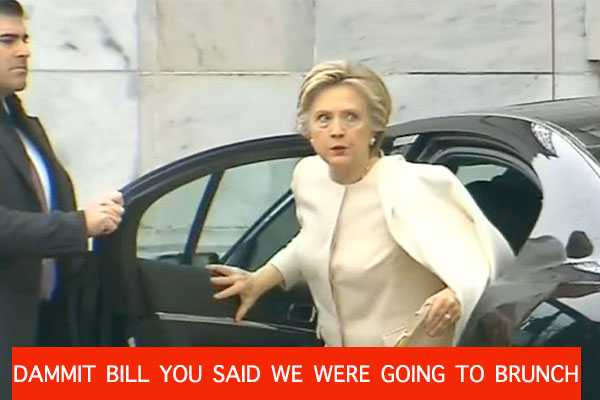 I'm here today to honor our democracy & its enduring values. I will never stop believing in our country & its future. #Inauguration

“DAMMIT BILL YOU SAID WE WERE GOING TO BRUNCH" pic.twitter.com/ueJSfDZaSV

The rain was no match for former President George W. Bush during the #inauguration pic.twitter.com/BmGTExxPZ1

Trump is fidgeting like a small child bored in church. Hopefully Pence remembered the Ziploc of Cheerios!

Donald Trump’s inauguration is expected to be the most costly in US history. And that’s not even factoring in the money.

I made it rain today during the #Inauguration. I hope you noticed.

#DonaldTrump's #Inauguration speech was impressive kudos to Putin the writing was on point.

the only good moment of this inauguration is michelle jim-facing the camera like "why did she give me this box" pic.twitter.com/WoGAWfKS0l

Overheard on Twitter from a follower regarding Trump Swearing-in:

Because we appear to be living in an alternative reality where dreadful things you thought were impossible can happen. #Inauguration pic.twitter.com/nxG0m7nDC1

So few attended #DonaldTrump 's #Inauguration he decided to use a pic from #Obama's for his Twitter background. https://t.co/fOR8t5U7Fu

Trump Inauguration Day 6 AM. It's already started raining outside my house but so far just water. The locusts will no doubt arrive by dawn.

I, Michael Richard Pence, do solemnly swear that I will never be as cool as Joe Biden and may be the most boring Vice President ever pic.twitter.com/8ZM52KX8u0

Kellyanne Conway dressed as the era Trump wants to take America back to. #InaugurationDay pic.twitter.com/Vrmc1Bq3Nz

Are You Happy With Your Salary?
Kuha Blind Piano Prodigy Plays Freestylers
What is Ben Kingsley’s Real Name?
26 Wholesome Tweets For When You’re Feeling A Lil’ Down