What Is Your Worst Ever Showering Experience?

My family had gone shopping for the day when I decided to jump in the shower. 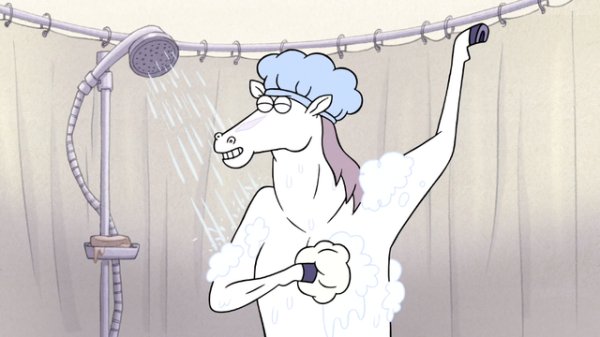 Our shower was actually a bathtub— it had a thick ledge which ran around the edges and two big glass doors on one side.

I hung my towel and bathrobe on the back of the bathroom door and tugged open one of the creaking glass doors to warm up the water.

I carefully stepped into the shower, enjoying the warmth and solitude.

The shower was lovely. There was no one to tell me to hurry up or get out or stop taking up the bathroom.

After about a half an hour, I shut off the water and started to wring out my hair.

I stuck my fingers through the crack in the door and pushed it open about an inch before it came to a sudden halt.

I pushed harder, then I pulled, then I pushed again.

Between the door and the frame was about two inches of space for me to exit the shower.

I tried the second door. It didn’t budge.

I’m standing naked in a shower, home alone, with no way out.

I messed with the doors for a few minutes more until I resigned myself to the fact that those doors weren’t moving.

I needed a survival plan.

I grabbed an empty shampoo bottle from the shelf and rinsed it out, filling it back up with cold water. I hoped that would last me.

I kid you not.

I was trying to conserve water for my survival in a shower.

I was stuck in a space in which its primary duty is to throw water at me, and I was filling up containers with water to make sure I didn’t die of dehydration.

I don’t know if I watched too many survival shows as a kid or what.

With my water source secured, I quickly realized that food wasn’t an option and so moved on to the third step.

By that, I mean that I needed clothing.

I briefly considered tying shower loofahs together to form a makeshift loincloth of sorts. I quickly realized that A) that was weird and B) I only had one loofah.

I stood on my tiptoes and peeked over the edge of the shower, hoping to find something useful. I could just see my towel and bathrobe hooked to the back of the door— if only I could reach them.

I evaluated the edges of the bathtub and carefully placed one wet foot on the slick ledge. I grabbed the top of the shower doors and hoisted myself up, trying to maintain my balance while I threw my arm towards my robe.

I snagged my robe and towel in one go.

I dried myself off and snuggled up in my robe before sliding to the floor of the tub.

I didn’t know what else to do. There’s not a lot of entertaining ways to pass the time in a bathtub.

After awhile, I heard someone holler for me from downstairs and I yelled back, hoping that they could hear me.

My whole family piled into the tiny bathroom, with my dad yanking on the doors and my mom and sister acting as “emotional support”— actually, they just came to laugh.

Finally, my dad shoved one of the doors open and I stepped out of the shower.

I asked for the time.

I spent three and a half hours in the shower.

My parents thought that was absolutely hysterical.

Turns out, the doors weren’t sliding on the track correctly and so could only be opened one way— and I just happened to discover the one way in which they couldn’t be opened.

Now I always hang my robe and towel over the edge of the shower, just in case I get stuck inside and need to be rescued.

I don’t want to be caught with my pants down, you know?

14 People Who Are A Disappointment To Their Parents, But Funny AF
What Are Things Everyone Does But No One Admits To Doing?
What is National Animal of France?
How Fast Does Santa’s Sleigh Travel?