What Is It Like To Be A Geek In A Prison?

I’m a hacker who served 4.5 months of a 9 month sentence 5 years ago. I was in two jails in that time, spending the majority of the time in the second, lower security place. The experience totally changed me, but in a positive way. 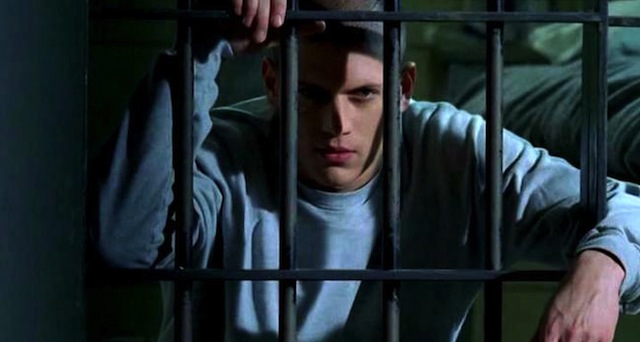 First of all, I actually had a lot of fun in jail. My education made certain aspects of the prison system very easy for me to navigate, such as legal documentation and debating with guards. My ability to mend broken electronics very quickly became known. These things made me feel very safe, since people were actively protecting me. It also made me feel quite important in the community.

It started when someone came to me and asked what I knew about mending mobile phones. In UK jails, many people have mobiles, usually obtained by over-the-fence smuggling. Pay-as-you-go credit vouchers are a major form of currency. This guy was very important on the wing – he had a crew of other guys who walked around with him and people often came to pay him. I said I knew enough about phones, and what did he want? He explained that someone had owed him money but couldn’t pay. He’d taken the guy’s phone as payment, but the phone was pin-locked and he couldn’t get in. The phone was an old Samsung, one which I knew (having previously owned one) didn’t impose any limit on the number of pin attempts. So I told the guy: yeah, I know a few tricks. But I need to get my tools out so I’ll do it overnight. (Note: I didn’t have any tools). The guy left me with the phone overnight, and I sat up through the night to try all 10,000 possible 4-digit combinations. Thankfully, the correct code turned up in the mid 2000s. So the next day this guy turned up and was amazed that I had figured out the code. He went round telling everyone that I was some tech wizard and that people should always come to me with their problems. In return for the job he arranged for me to have a Playstation 2 in my cell for two weeks, and to get access to a phone whenever I wanted. For the rest of my time, people would bring me trivially broken electronics and I would retire for the evening to make it out like I was doing something difficult, then return the fixed item the next day. It massively increased my quality of life in there.

Secondly, it opened my eyes to how people less fortunate than me live their lives, and how terrible the prison system is for most people. Many, many people in jail were severely mentally ill. There was no support for them. Some were killed in jail, either by inmates or staff, because they flipped out and people got scared. Another large group of people were hopelessly addicted to very harmful drugs. People who exploited this group were the most powerful – they would have drugs smuggled in, then build an army of addicts who would do their bidding to get the next fix. It was a really explosive situation. Almost every act of violence was drug debt related. Immigrants were completely screwed in jail, because there was no way for them to navigate the bureaucracy. I helped several people avoid deportation, including one cell-mate who had a hit contract out on him in Jamaica because he defended his business when yardies tried to extort him. He couldn’t read or write, so he couldn’t fill out the asylum application. His patois was so strong that his lawyer couldn’t really understand what he said, and the border agency was going to send him back to Jamaica to be killed. I wrote letters to the border agency, the prison governor and the home secretary and he was granted asylum and an interpreter was arranged so that his legal visits would be more productive. Hundreds of others in similar situations go without that help every year.

Thirdly, I saw some horrible things. For example: ‘syruping’ – when someone mixes sugar into a bucket of boiling water and dumps it on someone’s face. The dissolved sugar makes the boiling water cling to the skin longer, and the skin peels off leaving the raw flesh exposed. I also saw someone held down by four guys, who performed anal surgery on him with a sharpened spoon to extract drugs he was hiding. He later maimed all four of his assailants, stabbing them in the neck with a pen (saw that too). Another was a guy who was clearly paranoid schizophrenic. His cell was opposite mine. He started screaming one night and barricaded himself in. He then stripped off and covered himself with baby oil, and started setting fire to his cell. The guards came in riot gear to tackle him, but he was so slippery it was like trying to catch an eel. He gave them the run around for quite a while before they eventually held him down and injected him* and he was carried away screaming. He died in hospital.

Fourthly, I felt so ashamed of myself that I changed my life forever. I was a middle class white kid with a great education who got obsessed with hacking and document security as a teenager and went down for figuring out how to replicate the driving license, thus throwing away many of the advantages that luck, society and my parents had given me. Everyone else in there had no such advantages. Most of them were born to a life where poverty, drugs, violence and lack of education all being concentrated in their environment led to them being systematically channeled into prison. I was there essentially through misplaced intellectual curiosity, while others were there because their lives were so bad out of jail that crime was actually a rational survival choice. Society failed them, while it tried to hold me up with both hands. I was, and am, disgusted with myself. Upon leaving jail I learned programming, worked freelance to pay for my tuition while I got a degree, got a PhD position, and am now working towards spending my life using my skills as efficiently as I can to improve the lives of as many people as possible. If I ever have a lazy moment, I just have to cast my mind back to prison, and the disgust with myself rises up again, and I launch myself back into work with an energy I never knew I had before prison.

Finally, I would say that my criminal record has not held me back. I no longer have to legally disclose it**, but when I did I always did so with a letter explaining some of the circumstances and how deeply it had affected my life. I had several positive comments about my disclosure, and I have never been turned down for a job I’ve applied for. It doesn’t have to hold you back – your attitude has to convince a potential employer that your background makes you a great candidate, not a worse one.

What City Has the Most Expensive Rent in the World?
20 Surreal And Slightly Morbid Illustrations
20 DIY Fails That Are So Terrible They’re Actually Hilarious
What Are Uneducated But Highly Intelligent People Like?